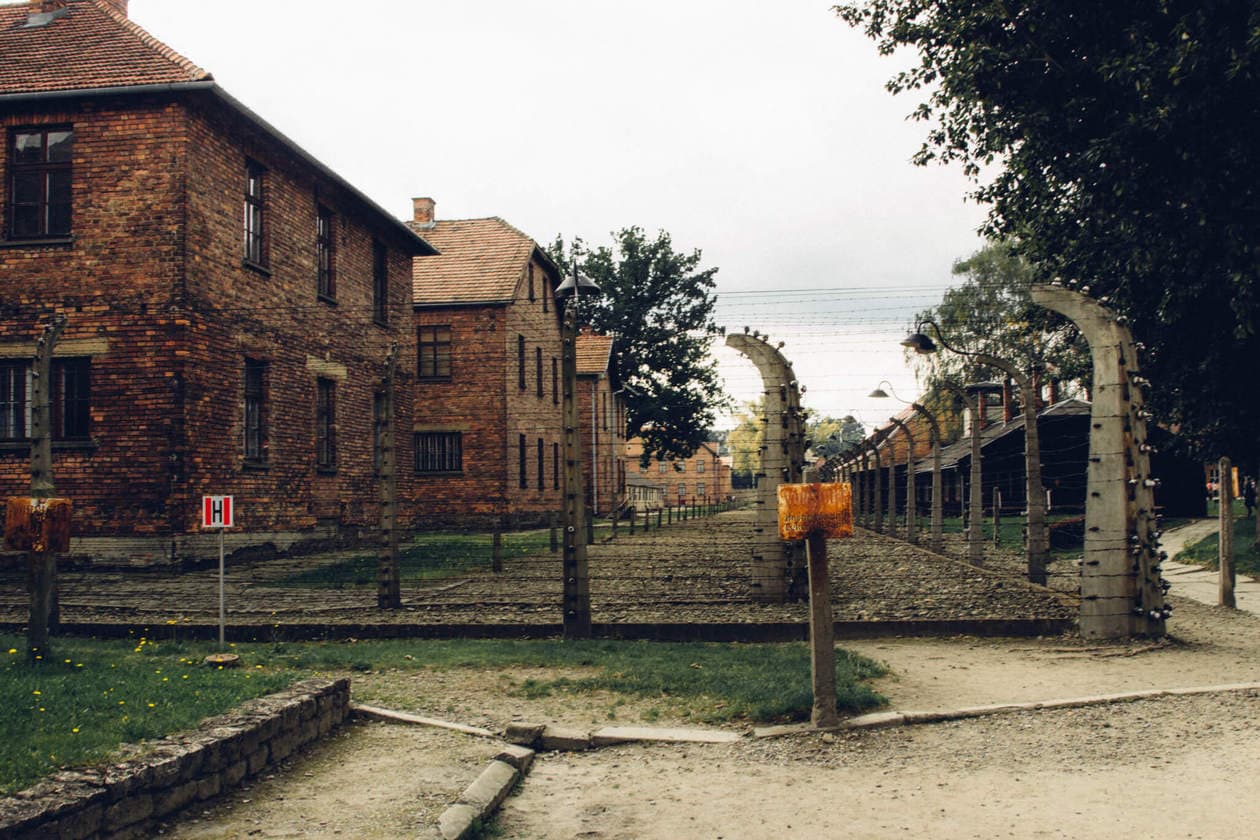 I grew up listening to my grama’s stories about living in Scotland during WWII.  To this day, she still watches movies and documentaries about Nazi Germany and as a result, I’ve grown up fascinated by this period of time. So much so, that I planned our Eastern Europe trip around Poland and Auschwitz. 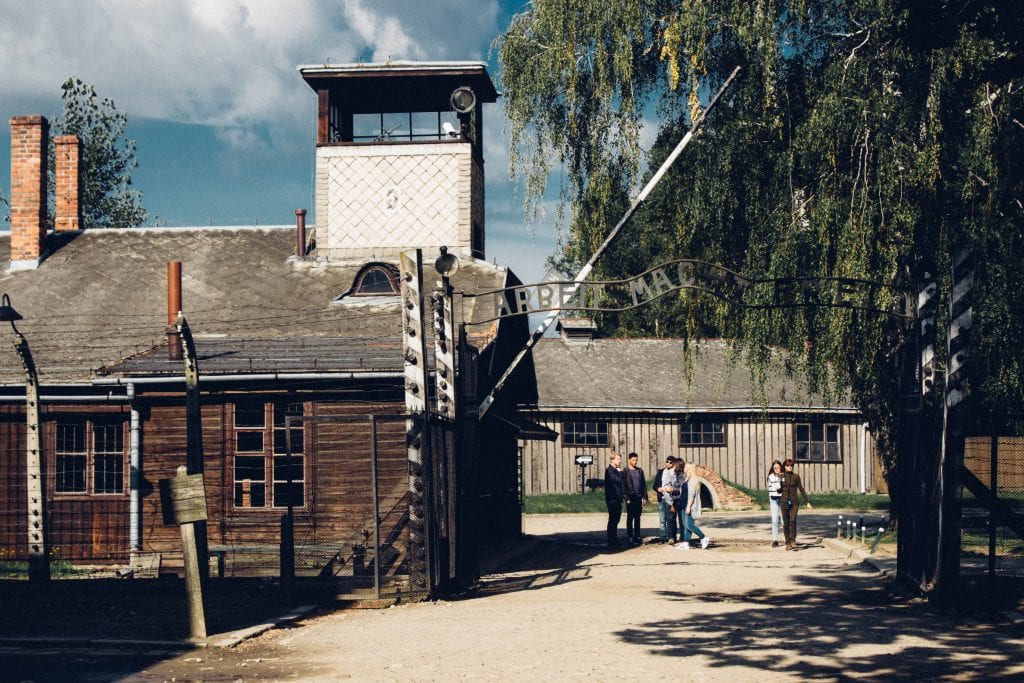 It’s our second day in Kraków, and we woke up extra early to catch the shuttle bus an hour and 20 minutes outside of the city to Oswiecim, the home of Auschwitz. There are two official tour options when visiting, a 3 hour tour or the Auschwitz 6 hour study tour. You cannot visit the site without a guide unless you go before 10am. 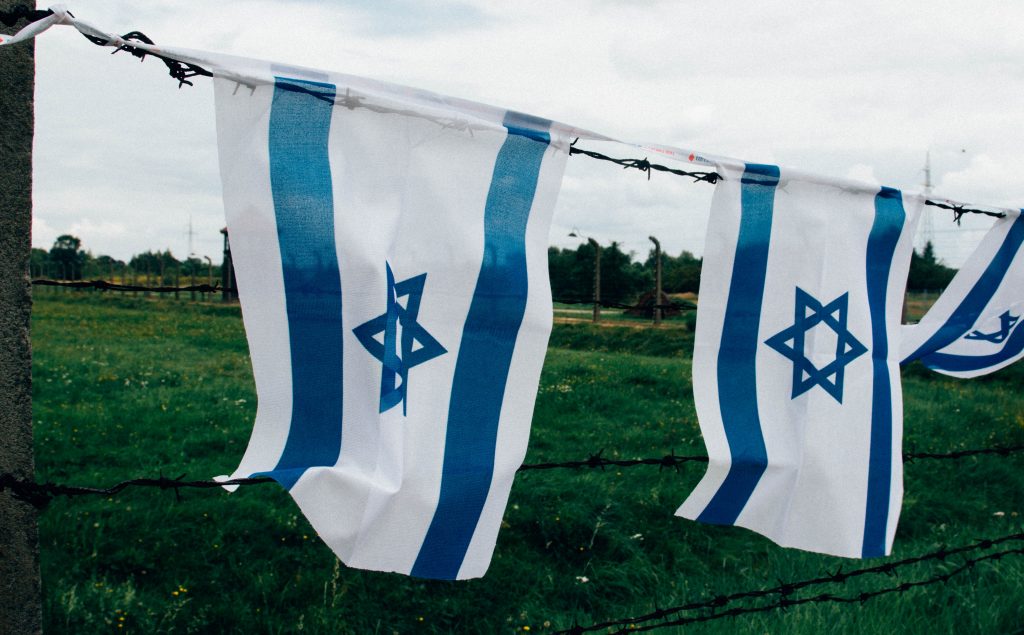 We opted for the Auschwitz 6 Hour Study Tour because I wanted to see everything. Unfortunately, by the end of it all, I still felt extremely rushed.

When you arrive at Auschwitz I, you are ushered into the the camp and paired with your tour group. Your guide whispers into a microphone which transmits to your individual headsets. If you take your headphones off at any point during the visit, you’ll hear no noise, just the shuffling of feet and the faint whispers of guides. It somehow feels appropriate, given the setting. 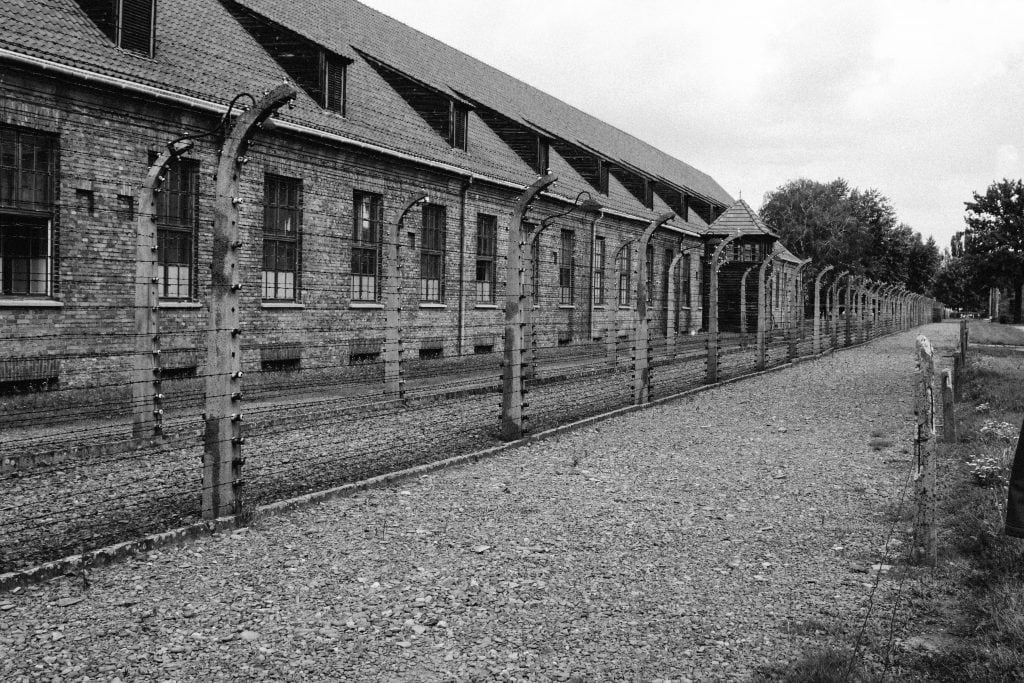 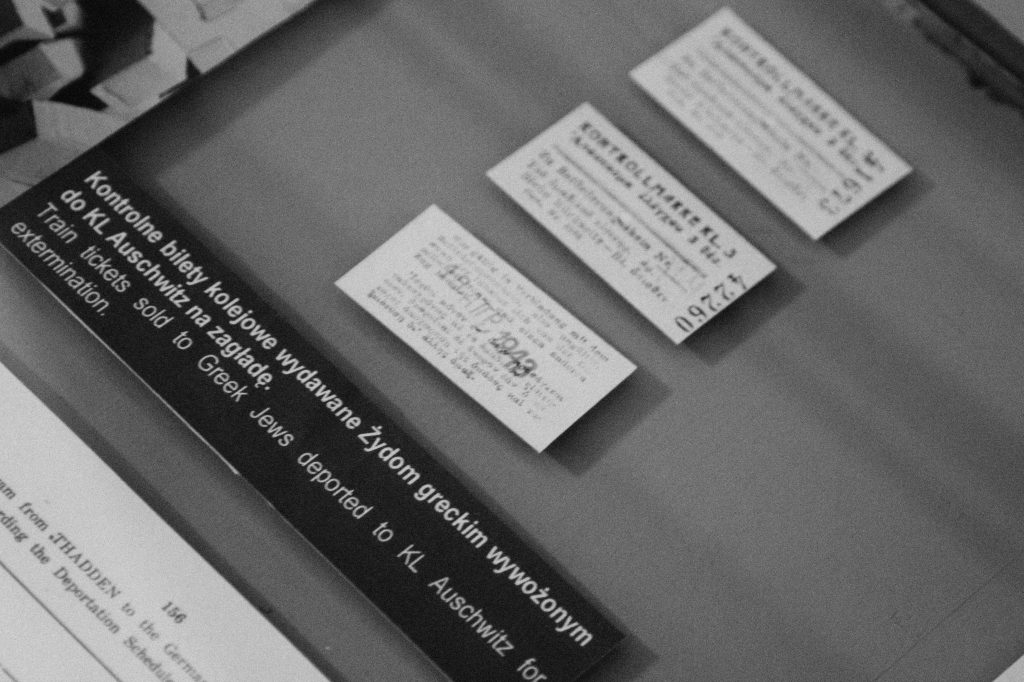 During the Auschwitz 6 hour study tour, our guide took us through several different barracks, all containing original Nazi documents, photographs from the camp and personal belongings of the Jewish prisoners. 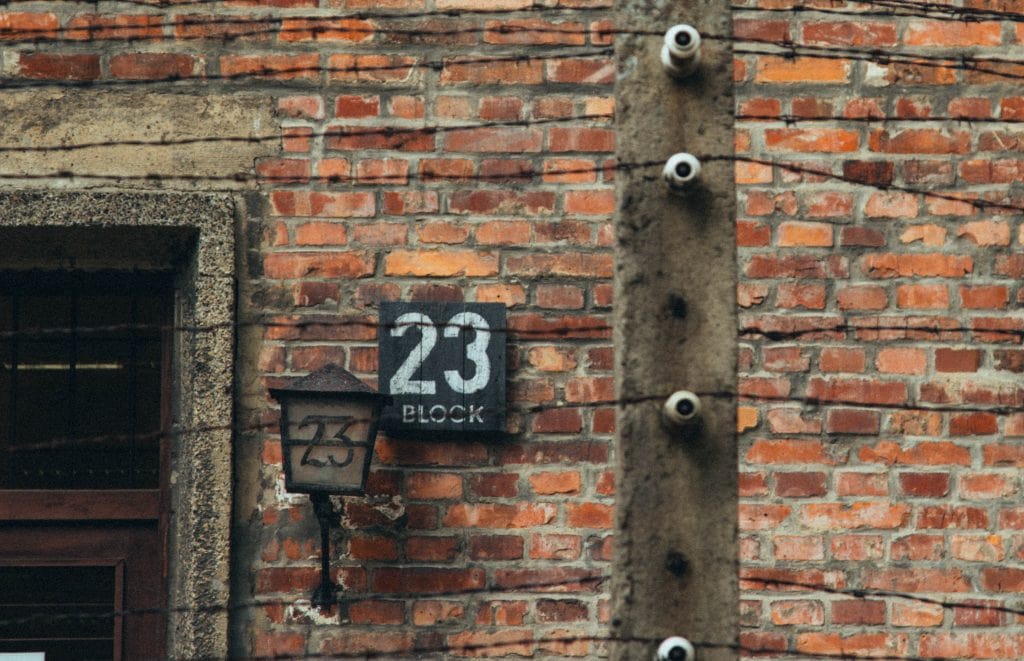 I could have spent the entire six hours at Aushwitz I. Each room was lined with such important information. Our tour guide gave us no time to stop and read plaques or documents. If we wanted to read anything, we had to listen to her at the same time. There were certain rooms where you long to take a few minutes to reflect, but you are pushed through like cattle. I know there is a lot to see and many people who need to see it, but I felt overwhelmed with the information and desperate for time to process it. 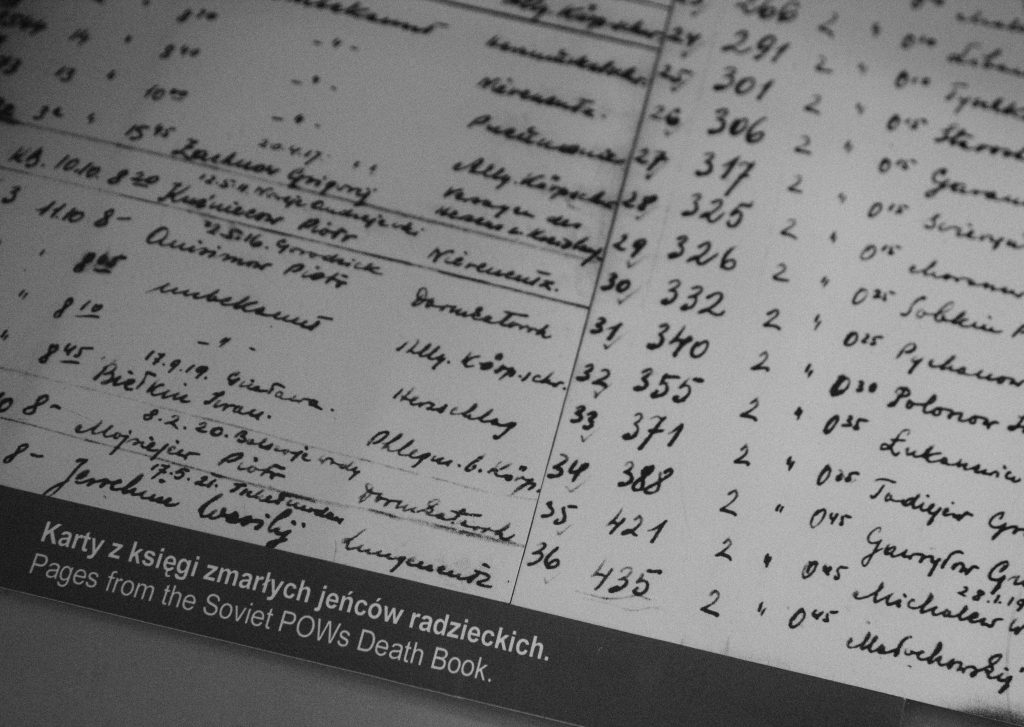 As part of the Auschwitz 6 hour study tour, you are taken into the brick barracks where you can view the living conditions of the prisoners. We saw Death Block, which was a series of punishment rooms. There were cells where prisoners were forced to stand for a minimum of three nights in a row, after working 11 hour days on little to no food. There was a dark, concrete room with no light or air or airflow.  We were told most people suffocated overnight in that one. 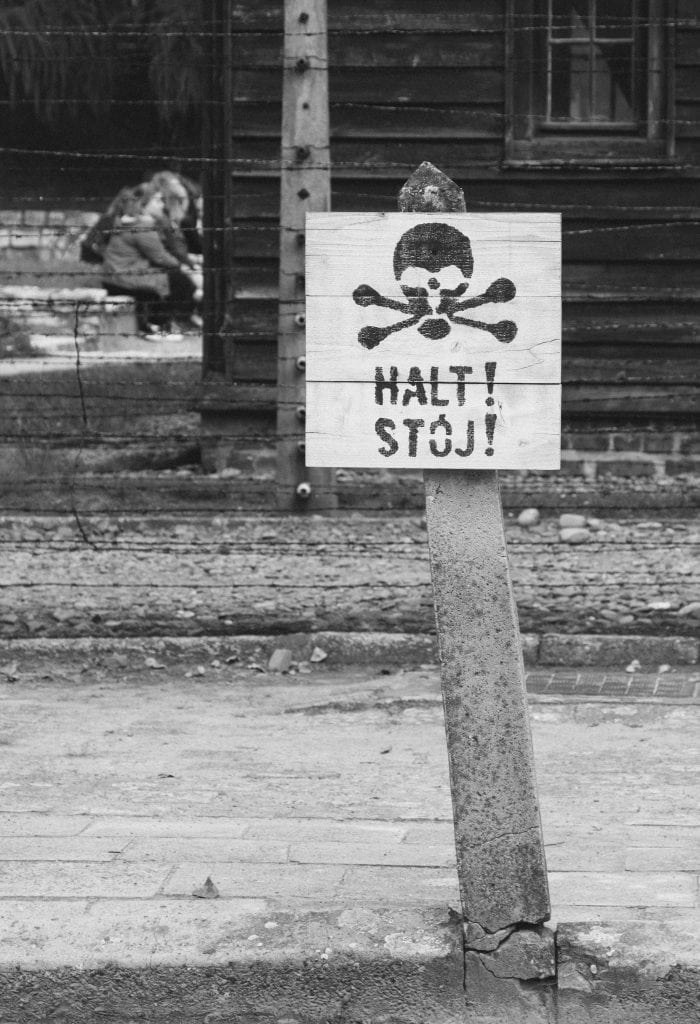 We went into the actual gas chamber where hundreds of thousands of Jews lost their lives. In one room, there was a glass display along the entire length of the room, and inside piled apprx 7 feet high, was piles of women’s hair. Hair that had been cut off after the prisoners were exterminated in the gas chambers. They ask that you abstain from taking photos out in some of the rooms, this being one of them.

Walking through the camp was eerie and you feel a heaviness in the air. Dark lookout towers loom above you as you walk through the entire camp. We passed the Death Wall, where executions took place.

Before the Soviets liberated the Jewish people, the Nazi’s burned most of the evidence in the camps. Whatever didn’t burn is on display in Auschwitz I, including personal belongings from the prisoners. 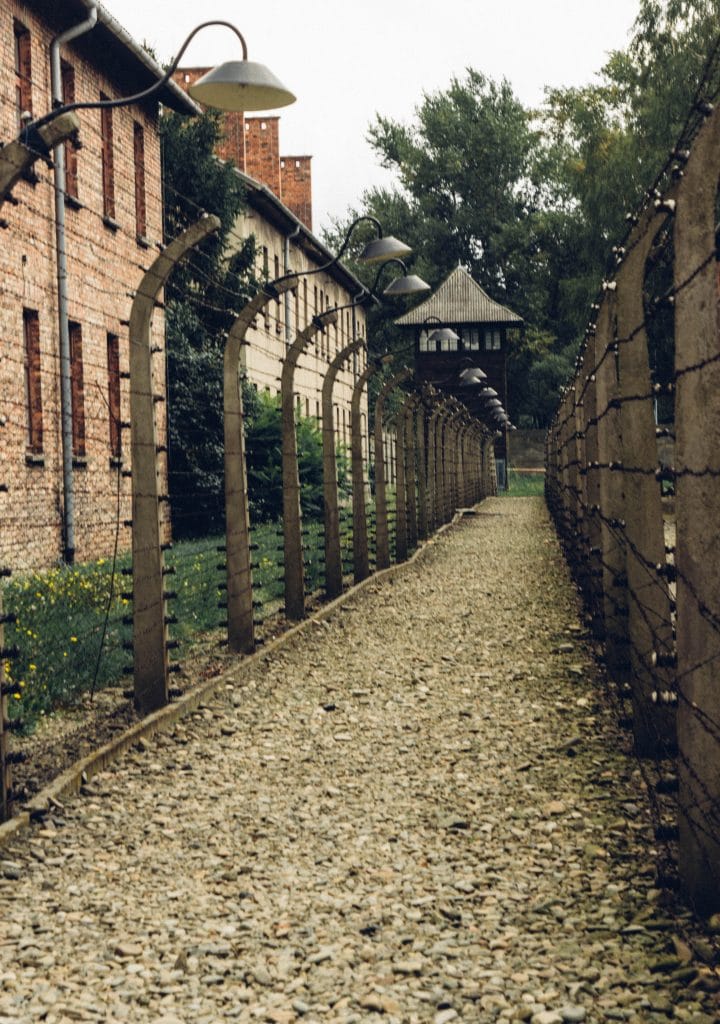 One of the most moving parts in Auschwitz I was a hall lined top to bottom with photos of the prisoners. Each photograph contained the name, birthday, profession, date of entrance to Auschwitz, and date of death. In some cases the date of death was a mere days after they arrived at the camp. I tried to read as many of their photos as I could, noting their profession and acknowledging them. 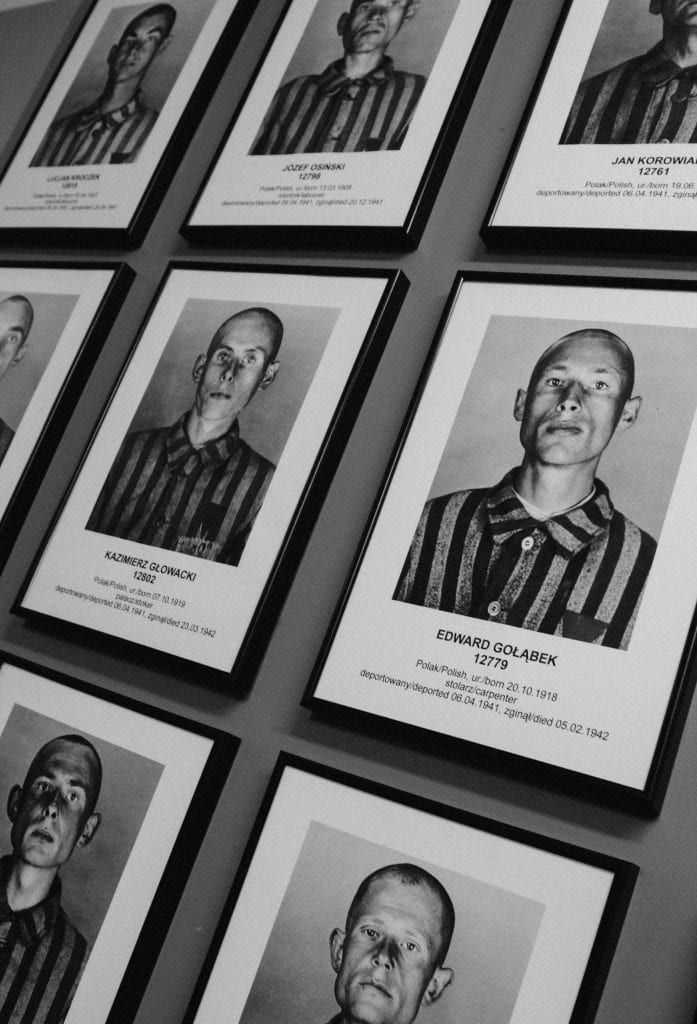 The last room of the tour contained The Book of Names, a 6.5 foot tall book containing 4 million names of the Holocaust victims. 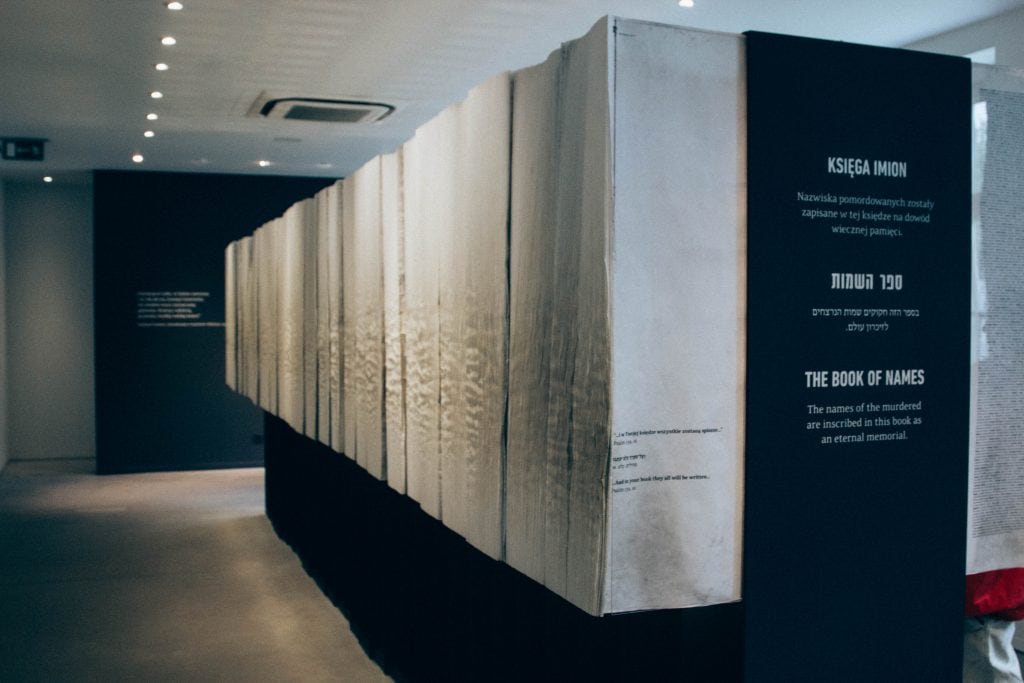 When you finish the tour of Auschwitz I, the tour guide gives you a quick 30 min break and then you are shuttled over to Birkenau. Birkenau was built because Auschwitz couldn’t physically keep up with the number of prisoners being sent there. 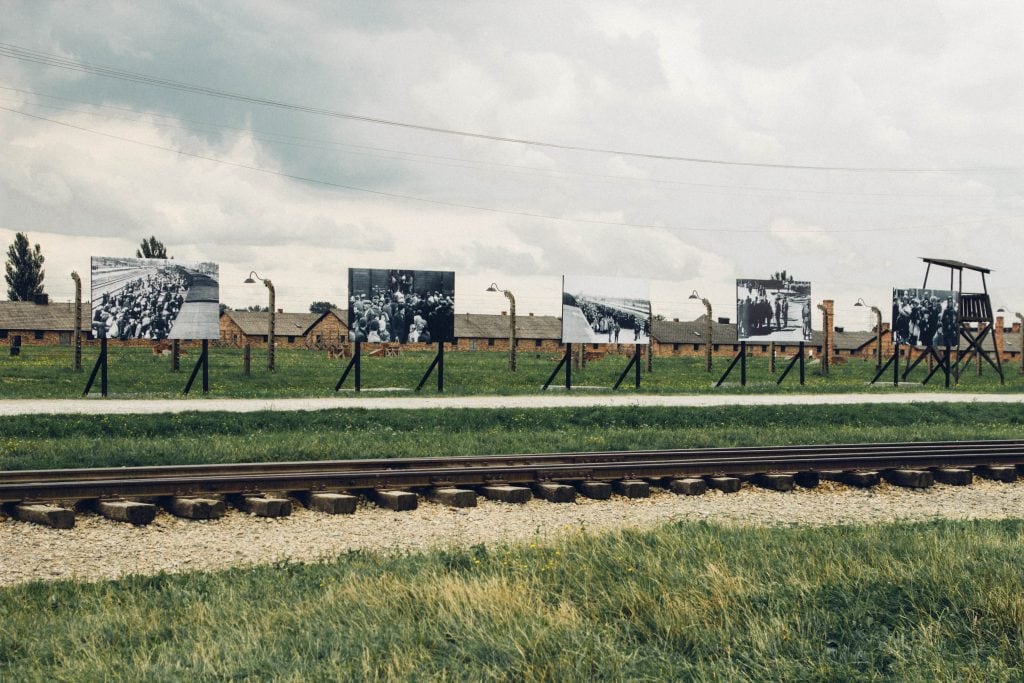 Birkenau became the largest concentration and extermination camp. It held over 100,000 prisoners and it was massive. It took us 20 minutes to walk from one end to the other. 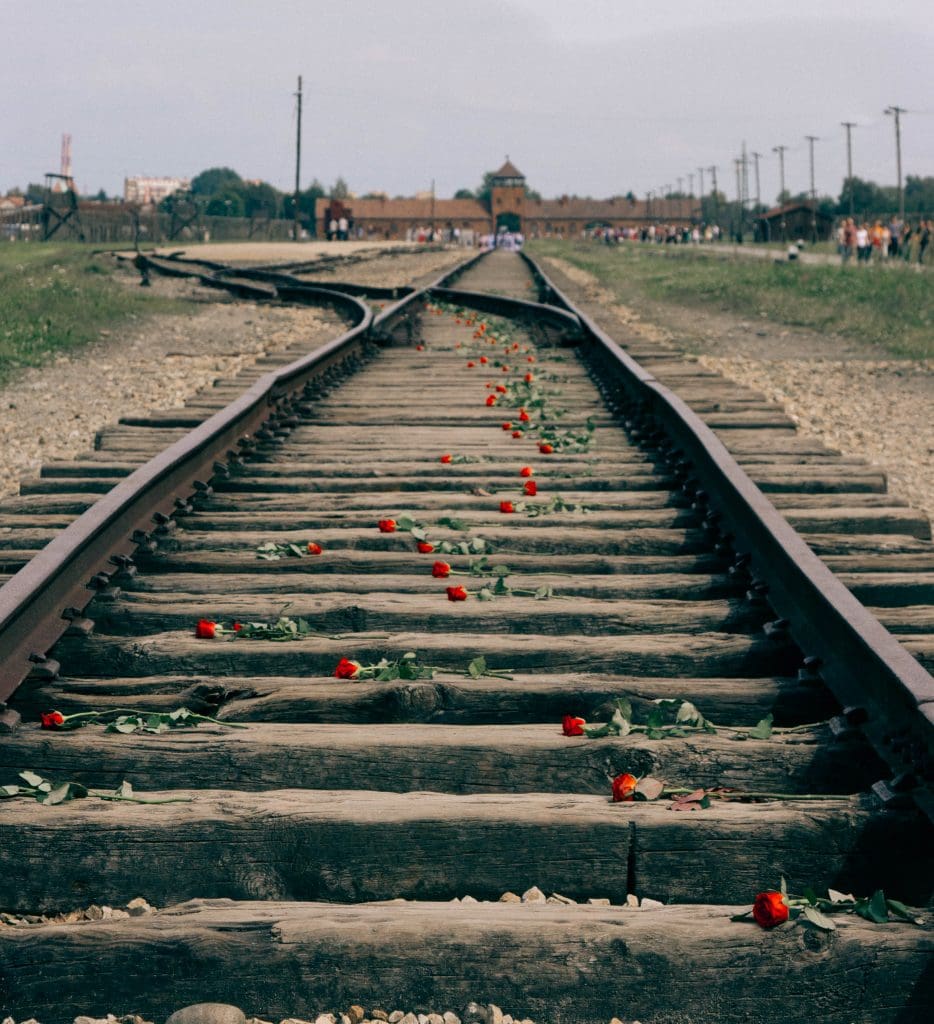 Unlike Auschwitz I, Birkenau is not a museum. For the past 71 years, it has stayed pretty much in the state as it was found. Before liberation day, the Germans attempted to burn down this camp as well. Many of the living quarters are gone; all that’s left are brick chimneys standing where the barracks used to sit. The gas chambers and crematoria also burned but the ruins remain just as they were found. 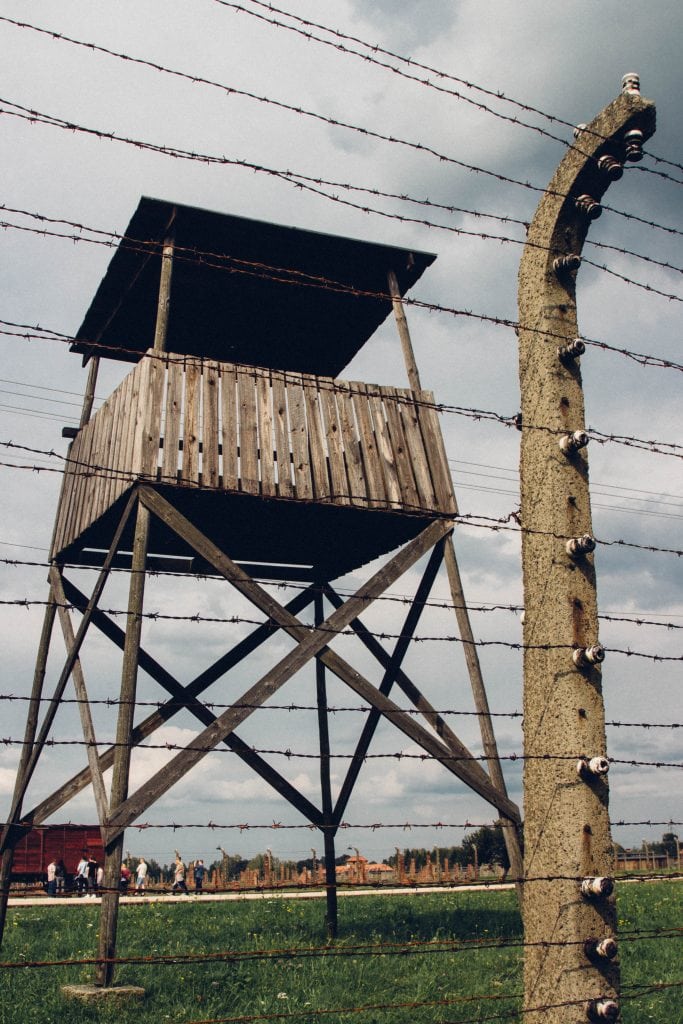 In the middle of the main road there is an intersection . When the Jews arrived at Birkenau, they exited the trains and were examined by a doctor. If they were deemed healthy enough to work, they walked to the right but if not, they were sent left and straight to the gas chambers. It was pretty sobering to stand at the cross street where millions of people’s fate was decided in an single instant.

During our visit to Birkenau, our guide took us through the men, women and children’s barracks. This was one of the most intense parts of the visit. To see how small the bunks were, and to imagine up to 10 prisoners on each level of the bunk. We were told new prisoners were forced to sleep on the ground, which was covered in diarrhea and also inhabited by rats. 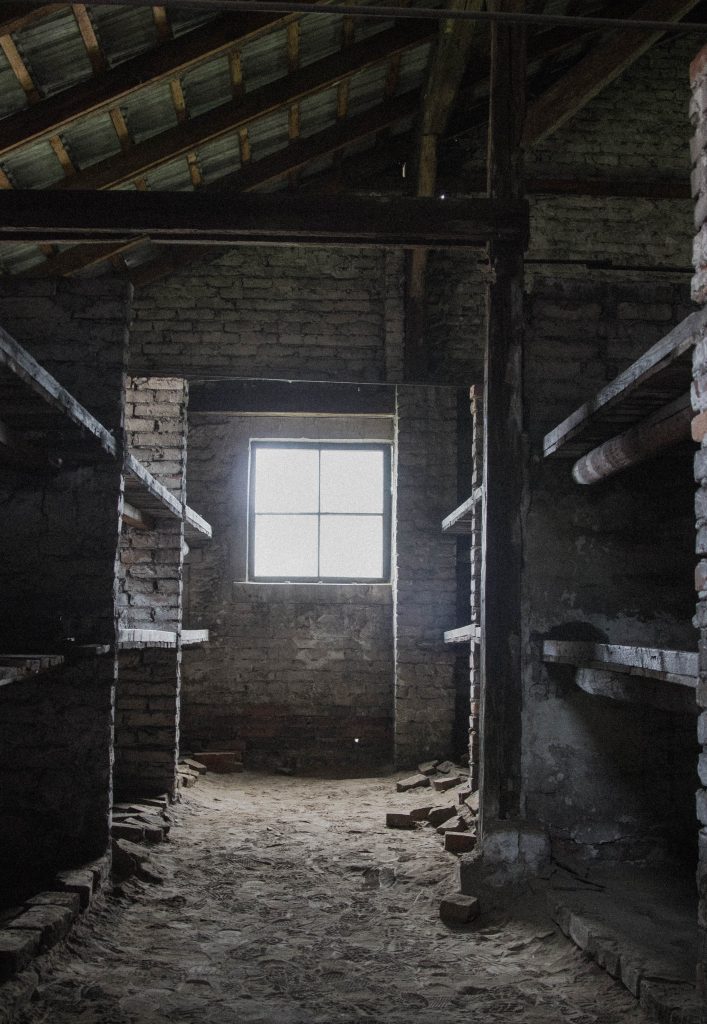 At the end of the tour we were taken through the bathhouse and disinfection area. The last room in the building contained an exhibit filled with family photos of the prisoners of Auschwitz-Birkenau. The photos were found on the grounds and it was a powerful way to wrap up an intense day. We have all seen photos of prisoners in concentration camps, identified only by numbers. This exhibition gave the prisoners back their names and identities. 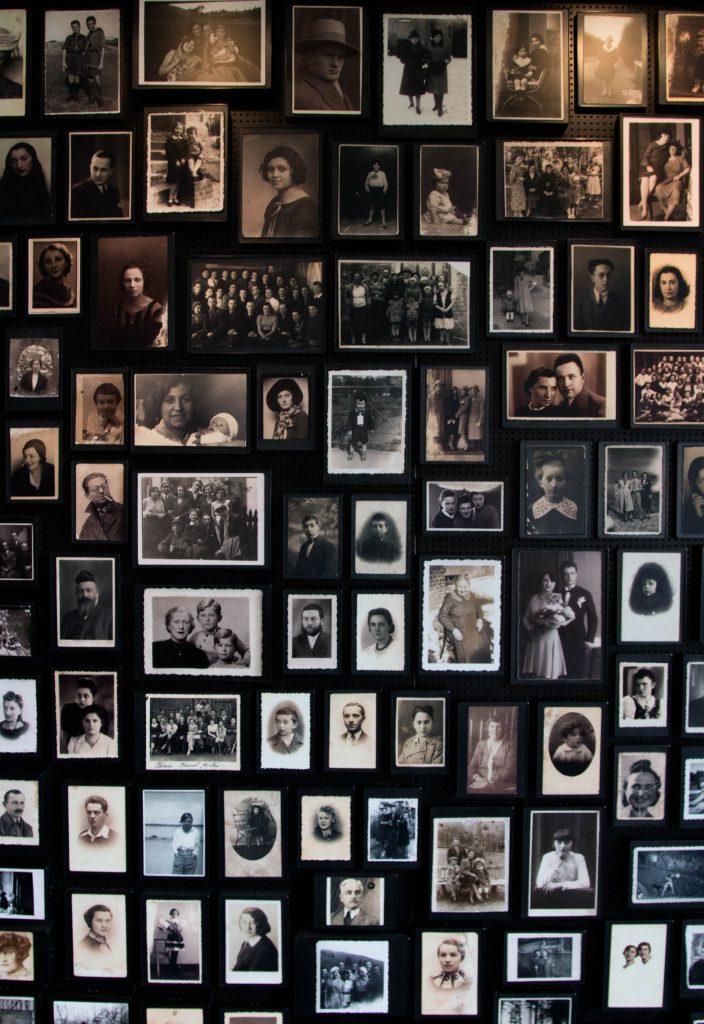 The tour ends in Birkenau and you are free to check out the camp on your own, or catch the shuttle bus back to Auschwitz. Since I felt so rushed the entire tour, we stayed for another hour to process everything we’d seen. 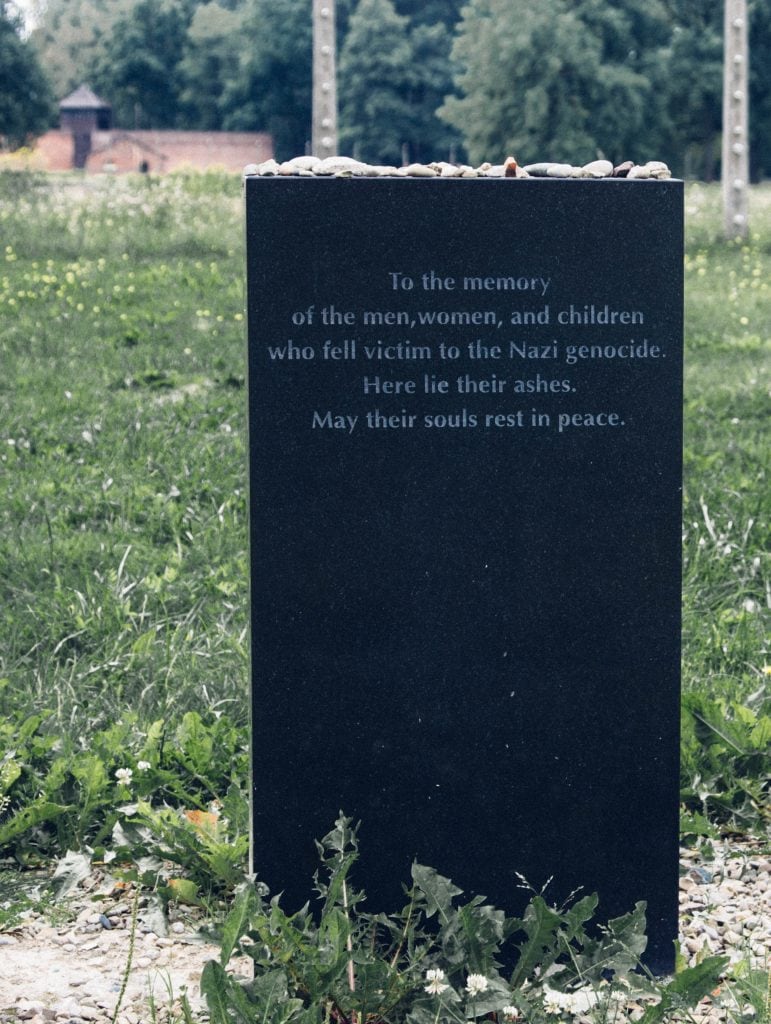 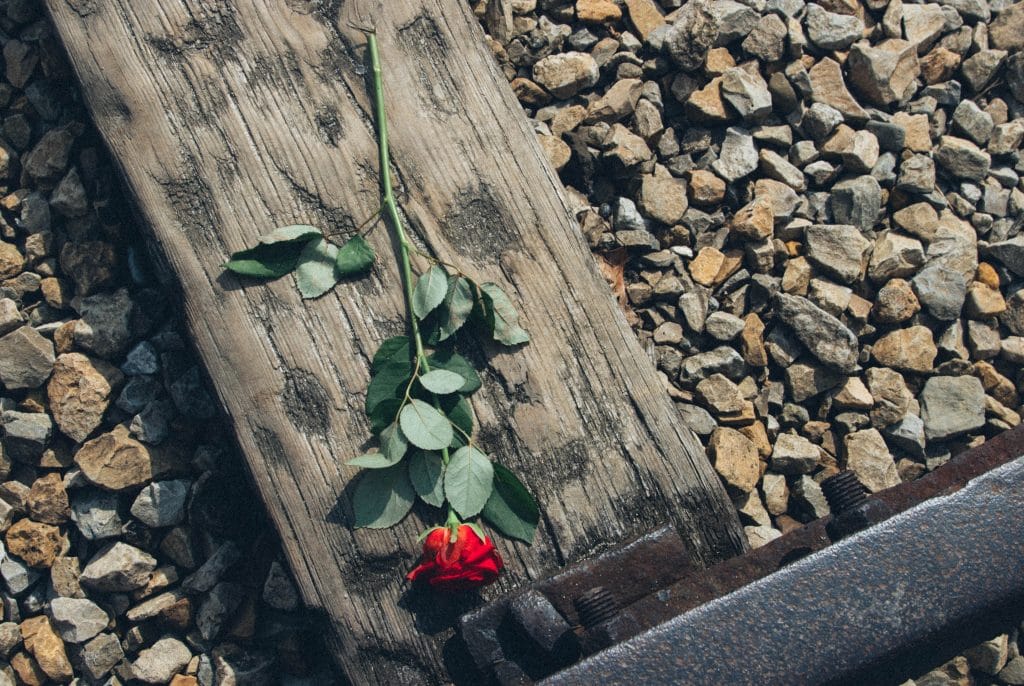 16 thoughts on “The Auschwitz 6 Hour Study Tour : What to Expect”