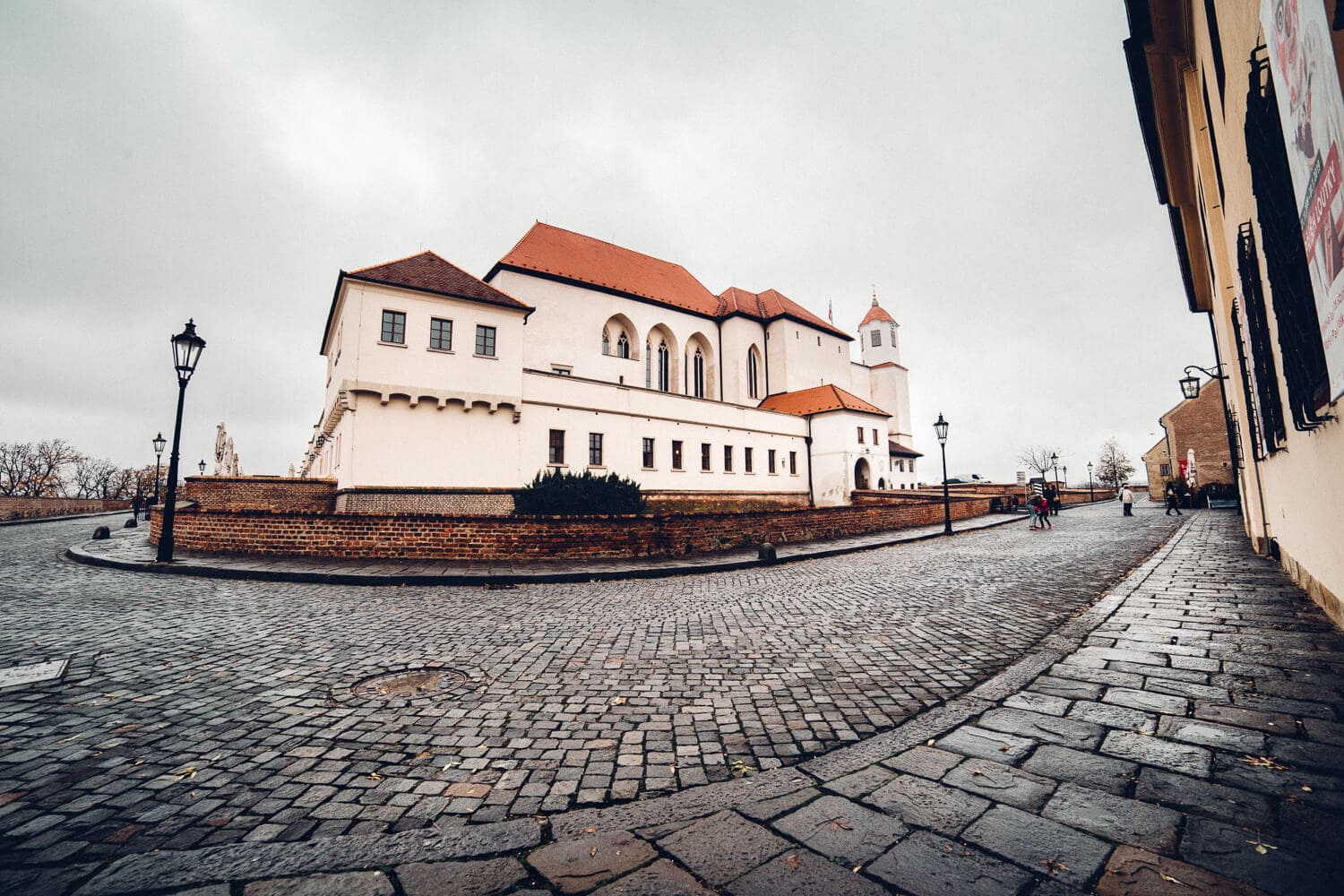 As far as castles go, I’m partial to those that are extravagant, opulent and fairytale adjacent. Spilberk Castle does not check these boxes but I’m a sucker for a good view and the hillside on which it resides offers up some of the best in the city. Keep reading to learn about Spilberk Castle, what to expect when visiting and how to get there.

SPILBERK CASTLE // A SKOSH OF HISTORY

Spilberk Castle was built in the 13th century. It originated as a royal castle, and later became the seat of the Moravian Margraves. In the 17th and 18th centuries, the castle turned into the most important baroque fortress in Moravia, and during this time, Spilberk Castle became known as the harshest prison in the Austro-Hungarian empire. Throughout the years, some of the castle’s prisoners included French revolutionaries, Italian Carbonari and Hungarian Jacobins.

During WWI, Spilberk Castle was used to hold military prisoners and in WWII, during Nazi occupation of Czechoslovakia, it was taken over by the German Army and Gestapo, and became a place where many Czech patriots were imprisoned and also killed.

I waited until my last day in Brno to visit Spilberk Castle because I was dreading climbing the hill. I had been walking 8 miles (13.8km) a day in Vienna and Brno and my body was tired. In my head, the hike was much more difficult than it actually ended up being. In fact, it was pretty easy, relatively short and as an added bonus, the scenery is beautiful.

There are multiple paths to get up the hill, some take longer than others, but they all lead to the same place. When you reach the castle and look out, you are rewarded with one of the best views of Brno. I decided to skip going inside the castle and instead spent about an hour at the top of the hill, walking around the castle taking in 360 degree views of the city.

If you’re interested in touring the castle, the most popular section takes you through the dungeon/prison (also known as the Casemates). There are also several exhibits which will teach you about the history of the castle as well as the city of Brno.

I recommend doing a bit of research beforehand so you know which ticket to purchase, as you can buy entrance into the separate areas individually or opt for an all in one ticket. There are also areas of the castle which don’t require a ticket at all. 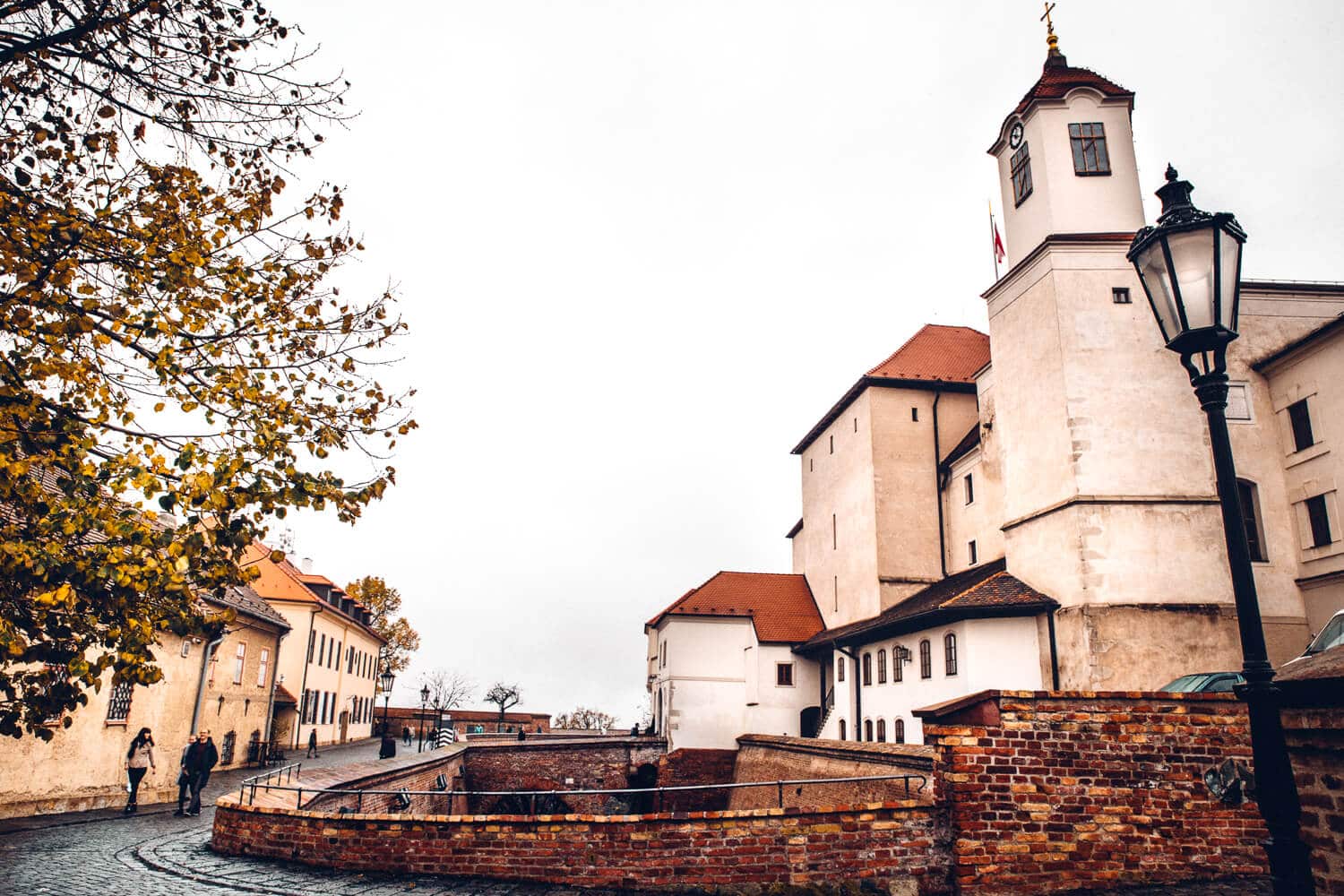 There is a small bar/restaurant in front of the castle but I recommend skipping it and grabbing a beer at the base of the hill instead. There is a small local pub called U Alberta tucked away on the slope of the hillside. Most of their beer is produced in house and you can take your drinks outside to enjoy in the park.

HOW TO GET TO SPILBERK CASTLE

Spilberk Castle is located on a hilltop in Brno. There are tons of different paths you can take, and all eventually lead to the top. If you’re walking, the shortest and most popular path starts on Husova Street near 10-Z bunker.

You can purchase tickets to individual areas of the castle, or opt for the all inclusive ticket which includes admission to the permanent exhibitions, current exhibitions, casemates, and view-tower.