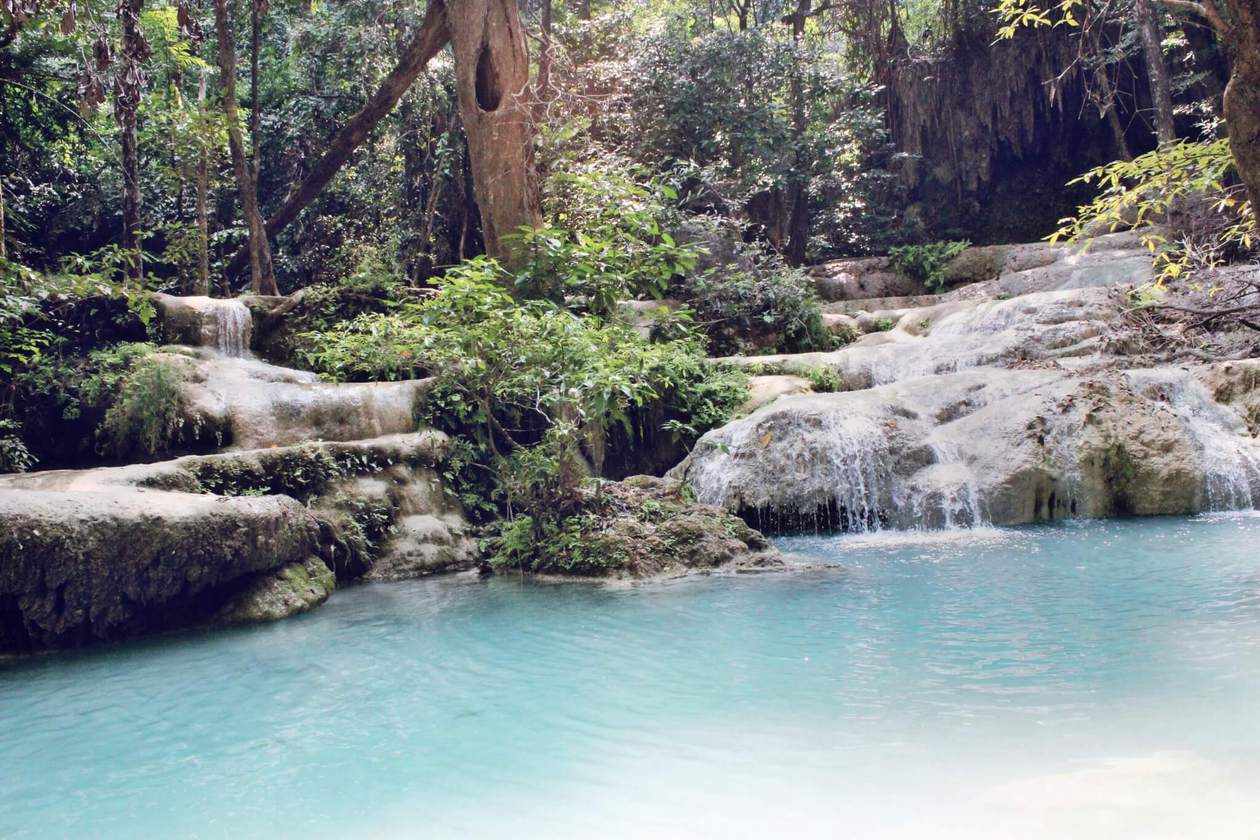 The last few days have been a whirlwind of busses, temples and Chang. We’ve been waking up at 7am and staying out until midnight. There’s so much to do and so many massages to be had! 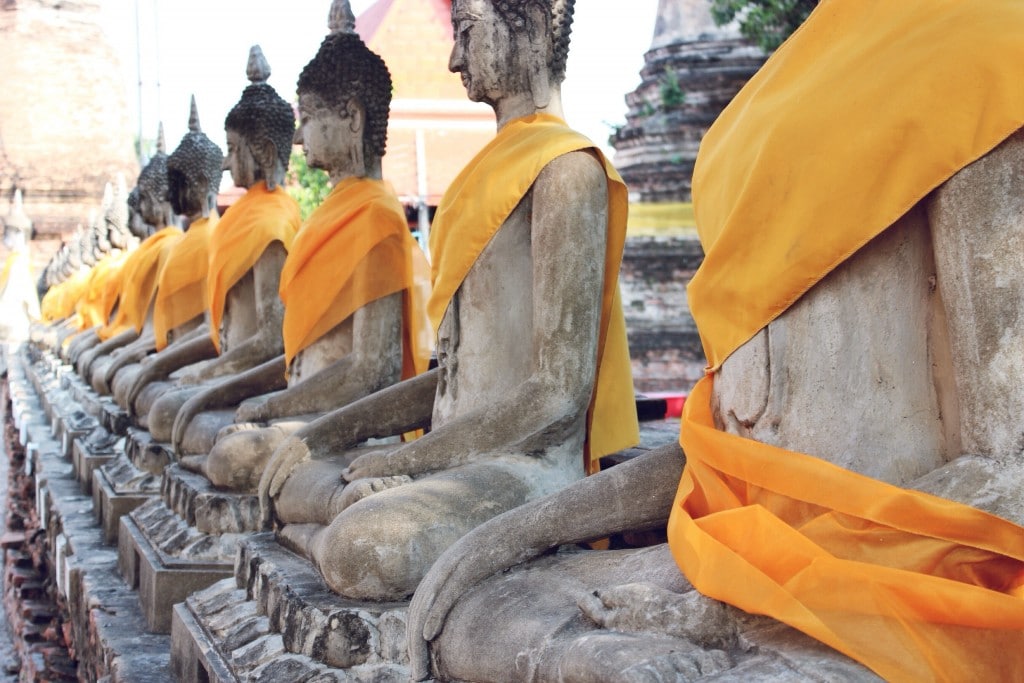 After our brief 15 minutes of fame, we decided to bounce out of Bangkok. Even though I’d already been to Ayutthaya, I wanted Nick to see it because the temples are pretty spectacular and it can be easily done in a day. 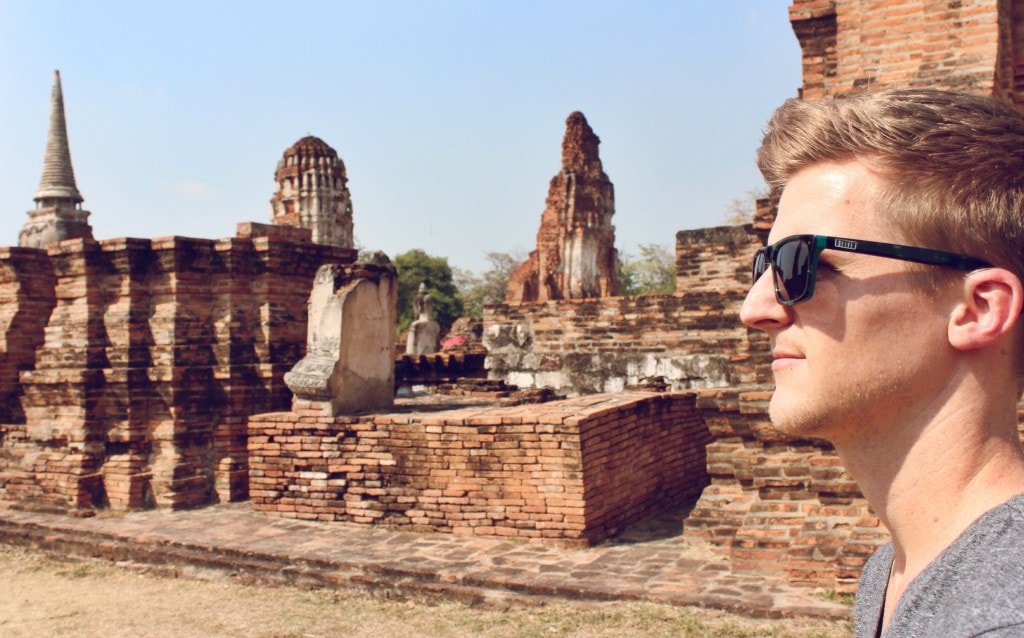 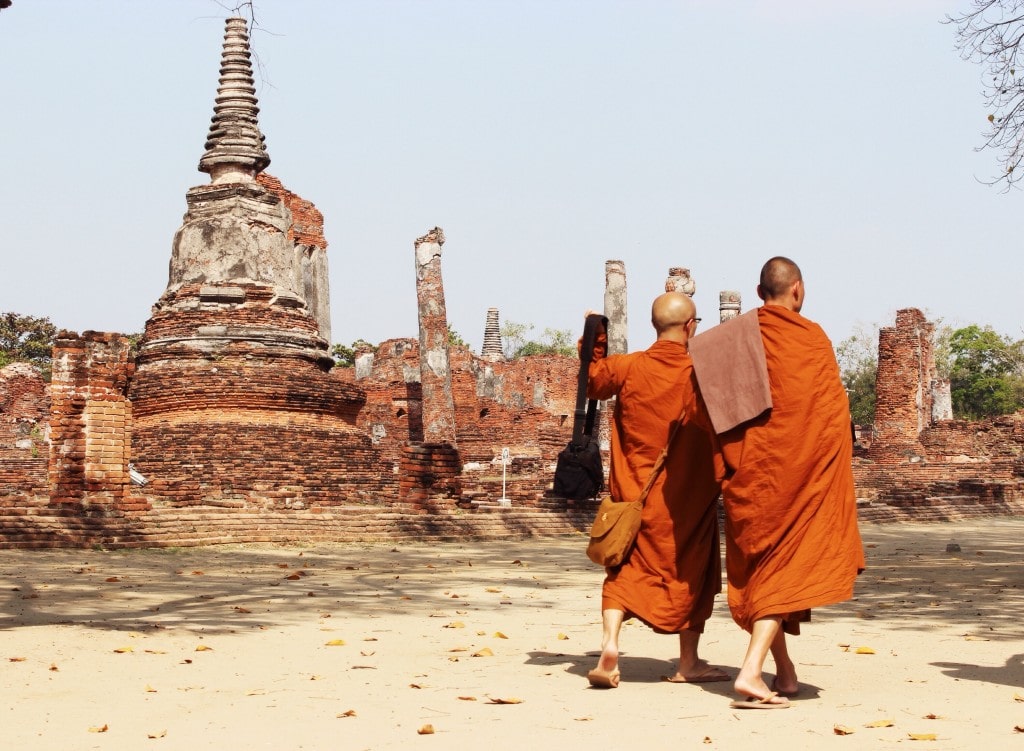 From Ayutthaya we headed to my old stomping grounds, Kanachanaburi. I love this place! The bars are so fun, there’s a great night market and the Thai cover bands will make your whole trip. 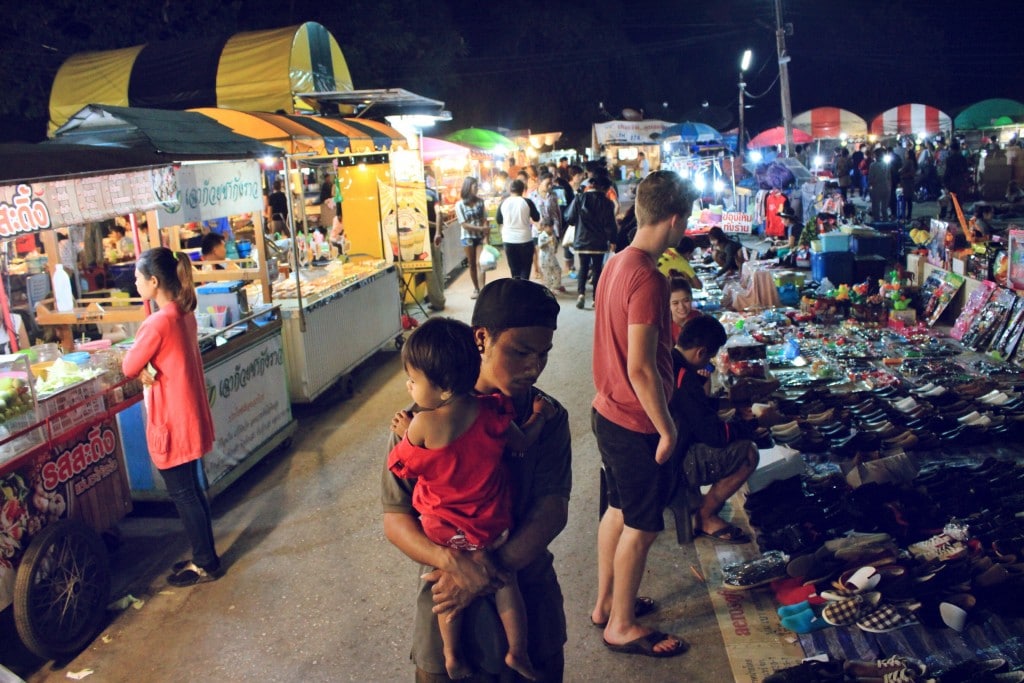 Yesterday we spent the day at Erawan. It was so much less crowded than last time which was really nice. We hiked about an hour and a half up the mountain and found a vacant waterfall to play in. There’s something so magical about Erawan, you feel like you’re swimming in fairy ponds. 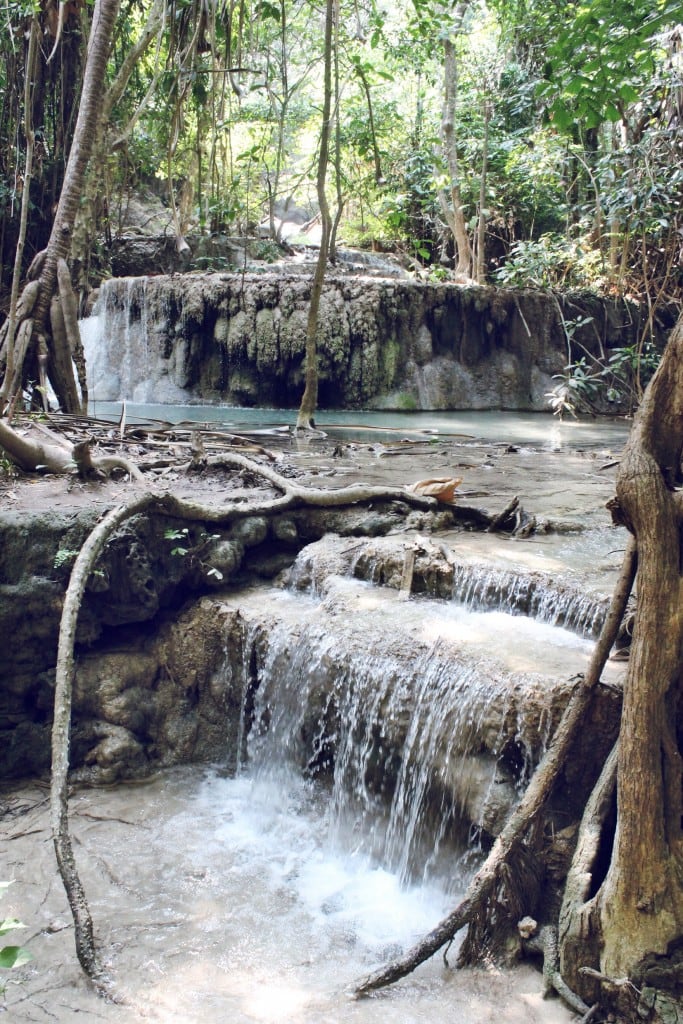 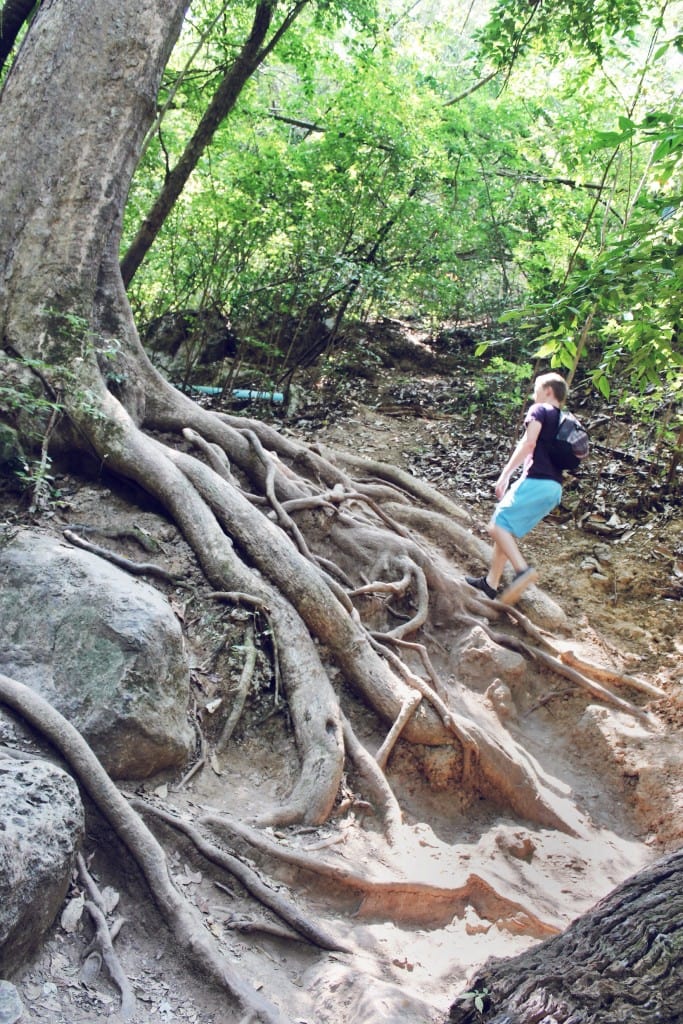 Nick is my favorite travel partner because he has a childlike awe about everything. Even though I had been to Erawan and Ayutthaya before, it feels like the first time when I watch him get so ridiculously excited about everything from a cheap plate of noodles to a giant Buddha.

Highlights from the past two days:

1. Our .90cent breakfast which consisted of two plates of veggie fried rice and two teas

2. Getting attacked by the feet sucking fish at Erawan 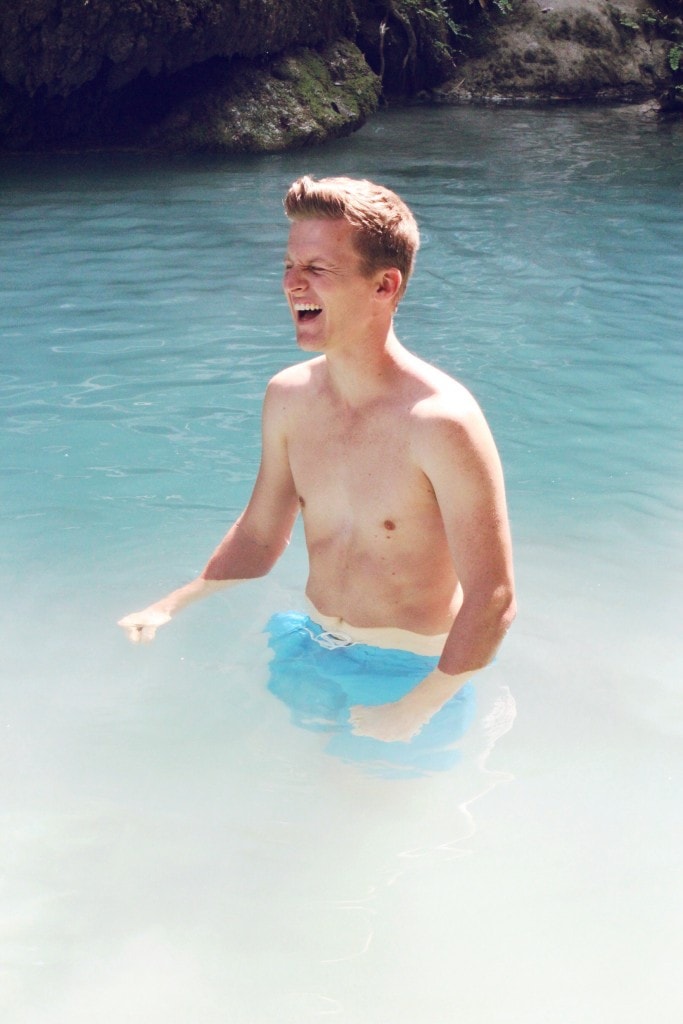 3.  The Thai cover band at Blue Jeans bar who loved themselves some Eagles but were willing to sacrifice pitch for a nice long drag of a cigarette in between notes.

4. My first Thai massage where I willingly paid someone to beat the shit out of me. (And I’d do it again. )

5.  Living in a constant caffeine high from one too many Thai iced teas. 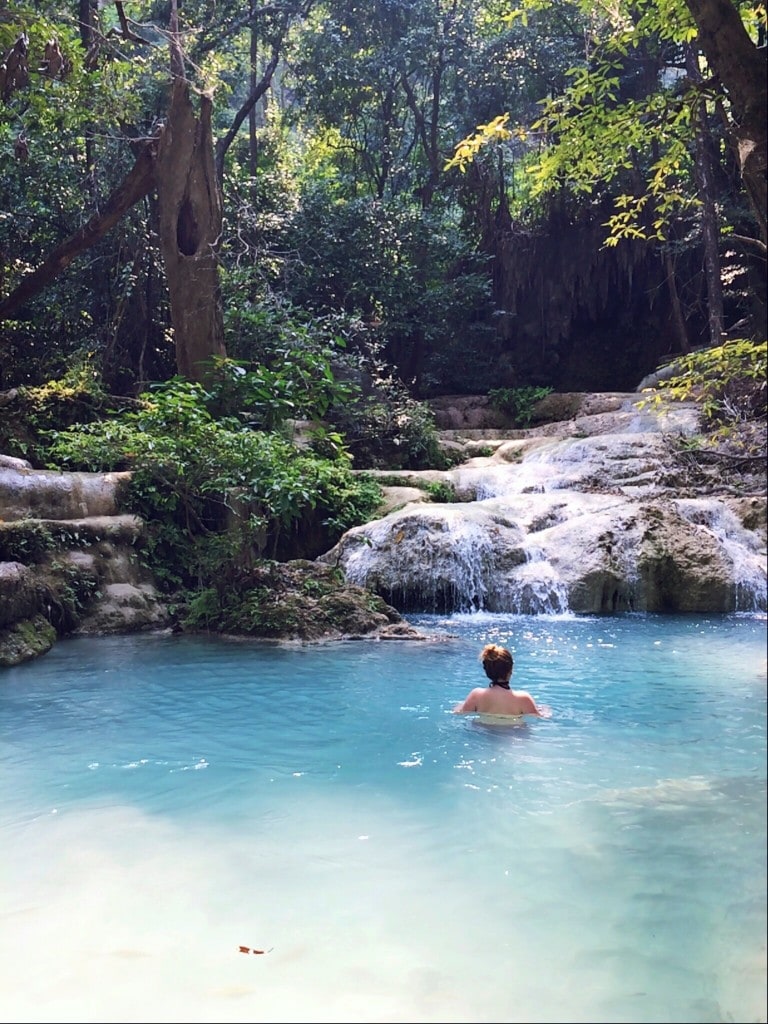 If you’d like to read more in depth reports of Ayutthaya and Erawan: