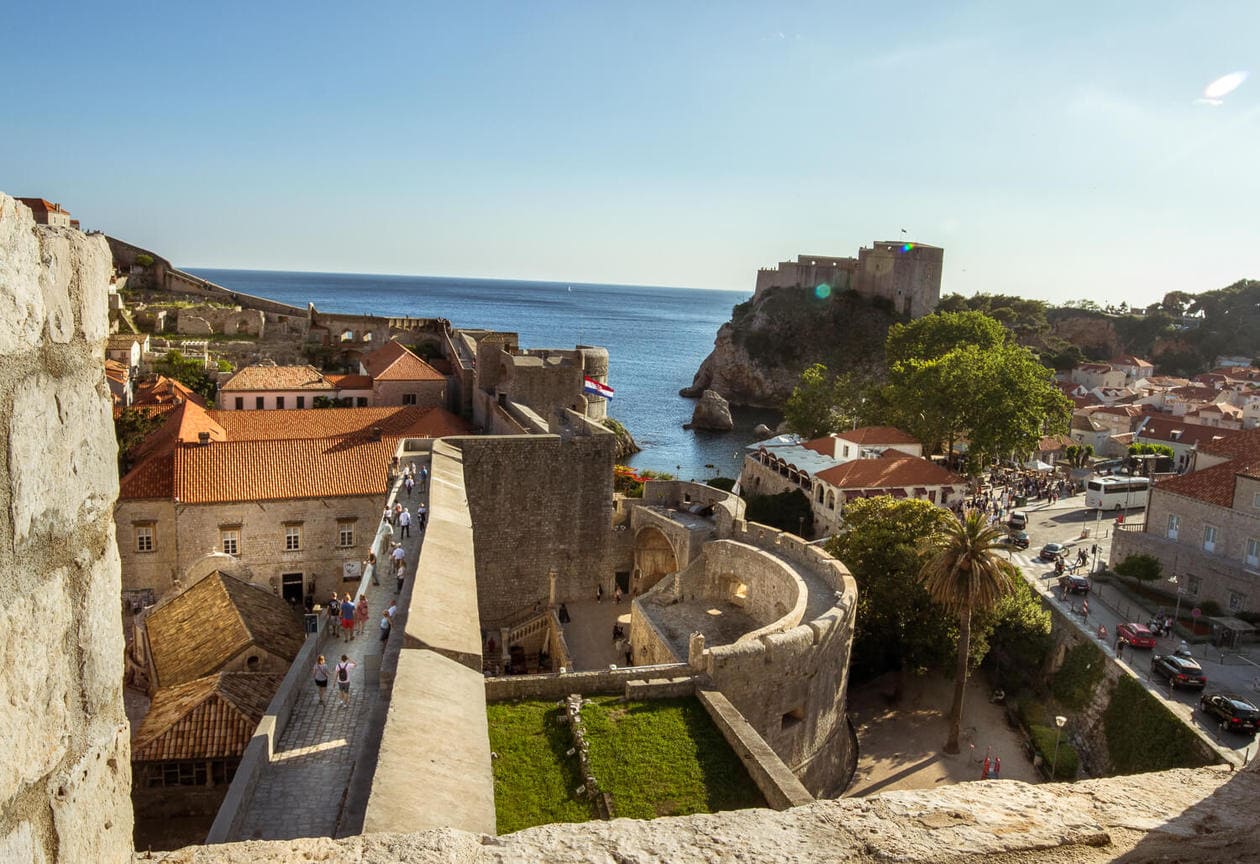 Old Town Dubrovnik is completely surrounded by a 10th century, medieval stone wall. Once a form of protection from invaders, today the Dubrovnik Walls are the top tourist attractions in the city. You can walk the entire perimeter of the walls and as you circle the old city, you’ll get the best 360 degree perspective.  Keep reading to view [a selection] of my 6,000 photos and pick-up some tips for visiting below. 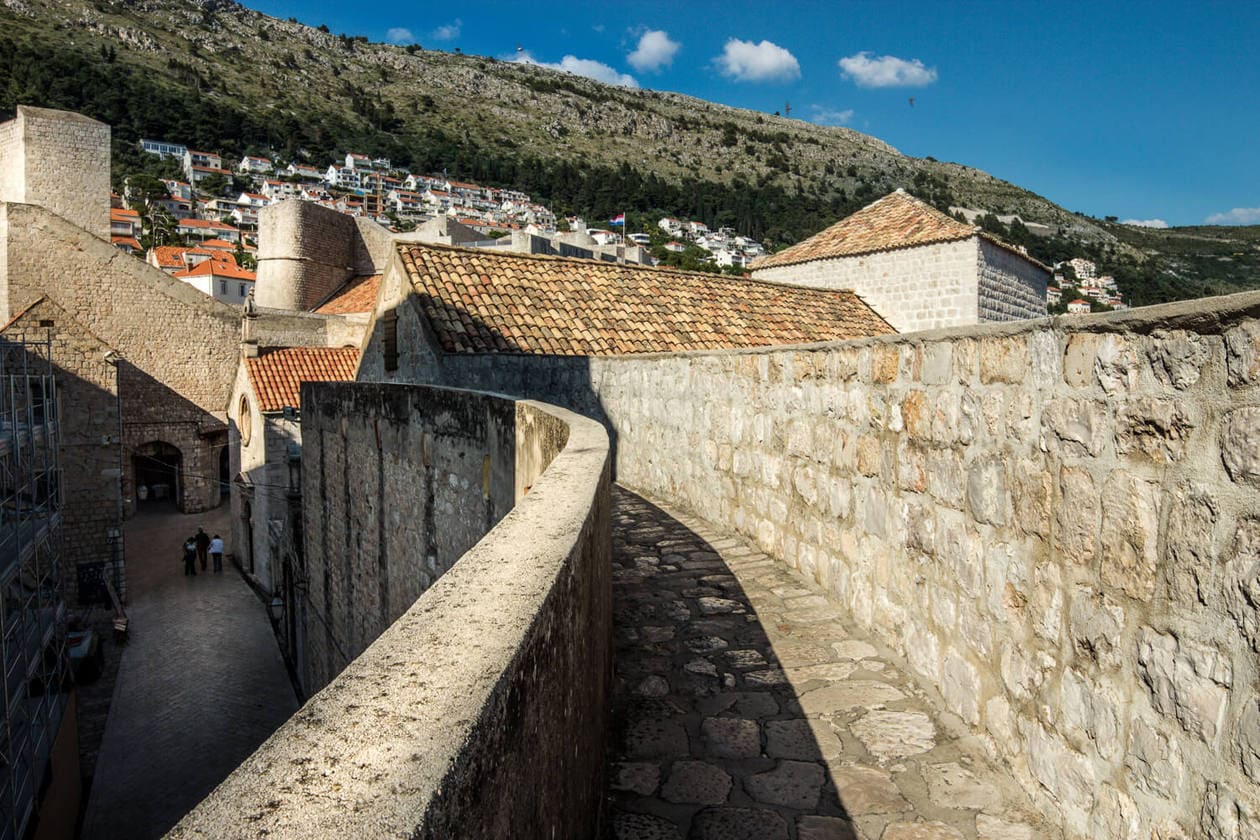 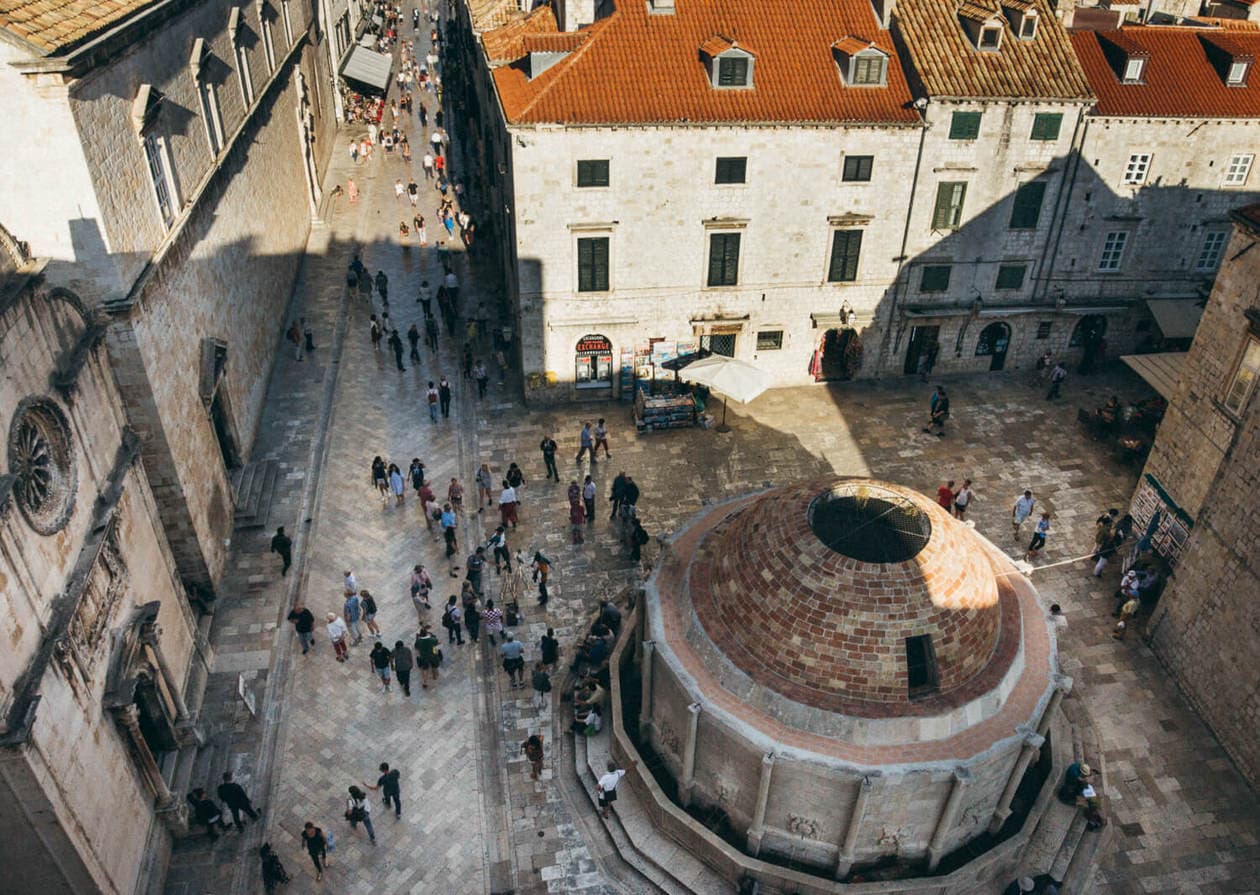 Walking the Walls of Dubrovnik

Based on the information I found online, I allotted myself (what I thought was) a generous 2 hours to walk the walls of Dubrovnik. In reality, it took me 4 hours because I literally stopped every 15ft to take a photo. 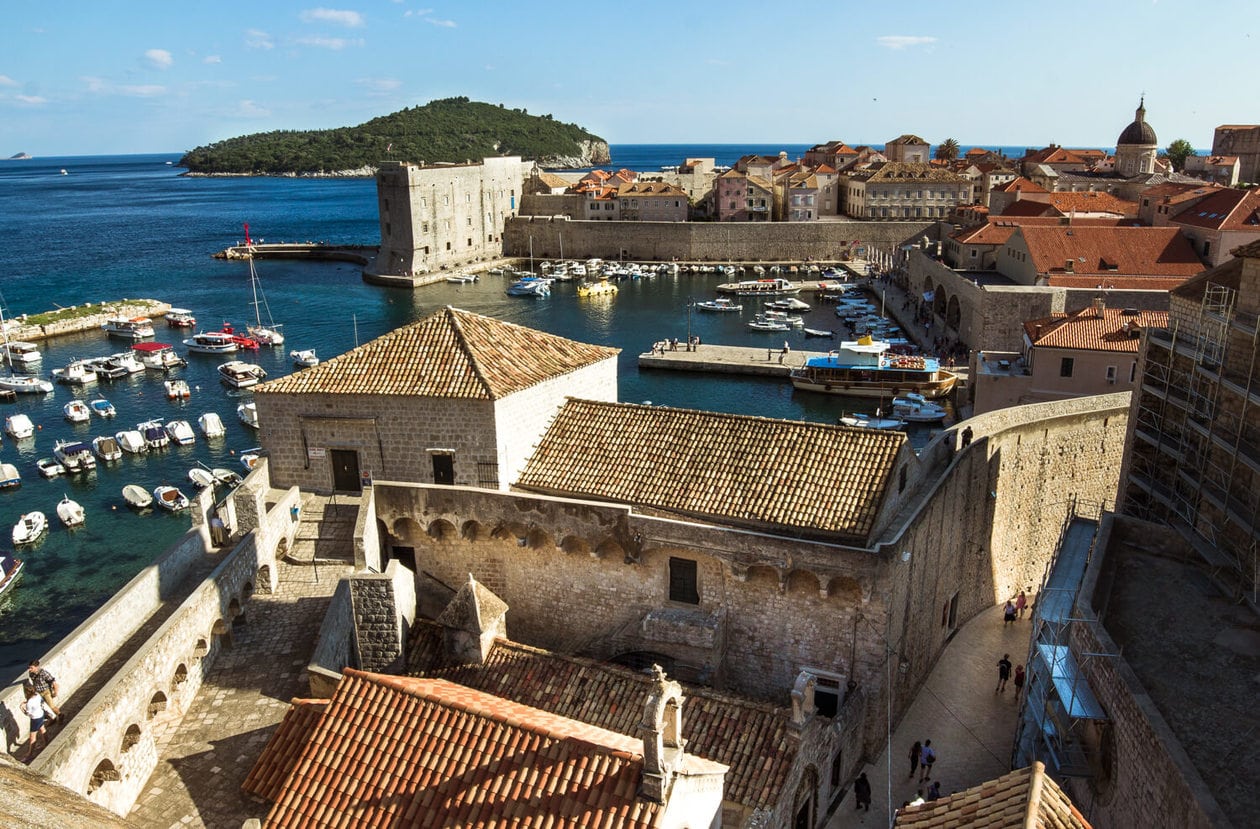 While this is the most popular thing to do in Dubrovnik, I didn’t quite understand what it meant to “walk the walls” until I got here. It’s only 2km (1.2 miles) to make your way around the perimeter, but there’s a lot to see. I wish I had given myself more time.

By the end we were racing to make our way to the end before they closed. Nevertheless, it was by far my favorite thing that we did while in the Old City. 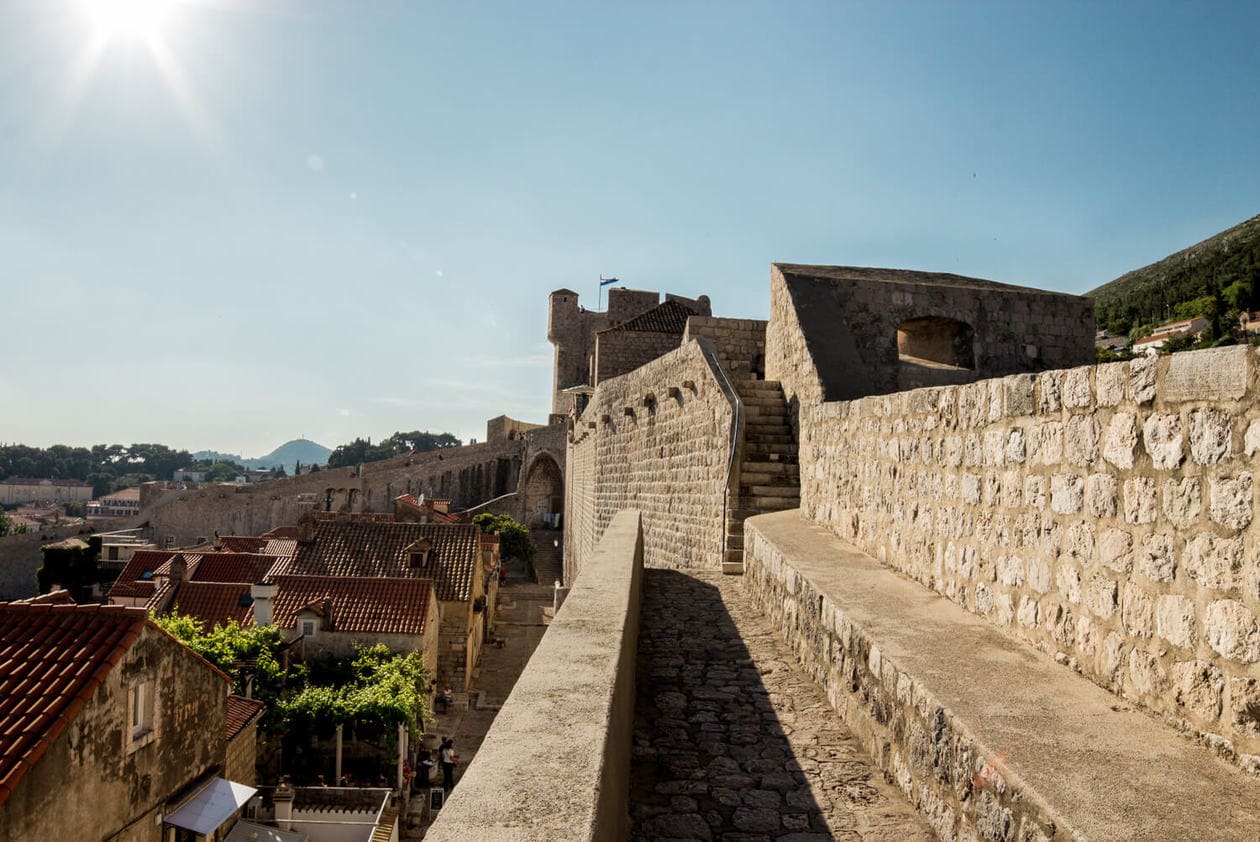 There are multiple entrance/exits points on the walls, and we started at the one next to the Maritime Museum (super boring btw.. don’t recommend). We began in the late afternoon and by this time there weren’t too many people up there with us. Even in May, the Old Town was unbearably busy with tourists which took away from the magic. Walking the walls of Dubrovnik gave us a different perspective, and being up and away from the madness helped us see Old Town for what it actually is.. one of the most beautiful cities I’ve ever been to. 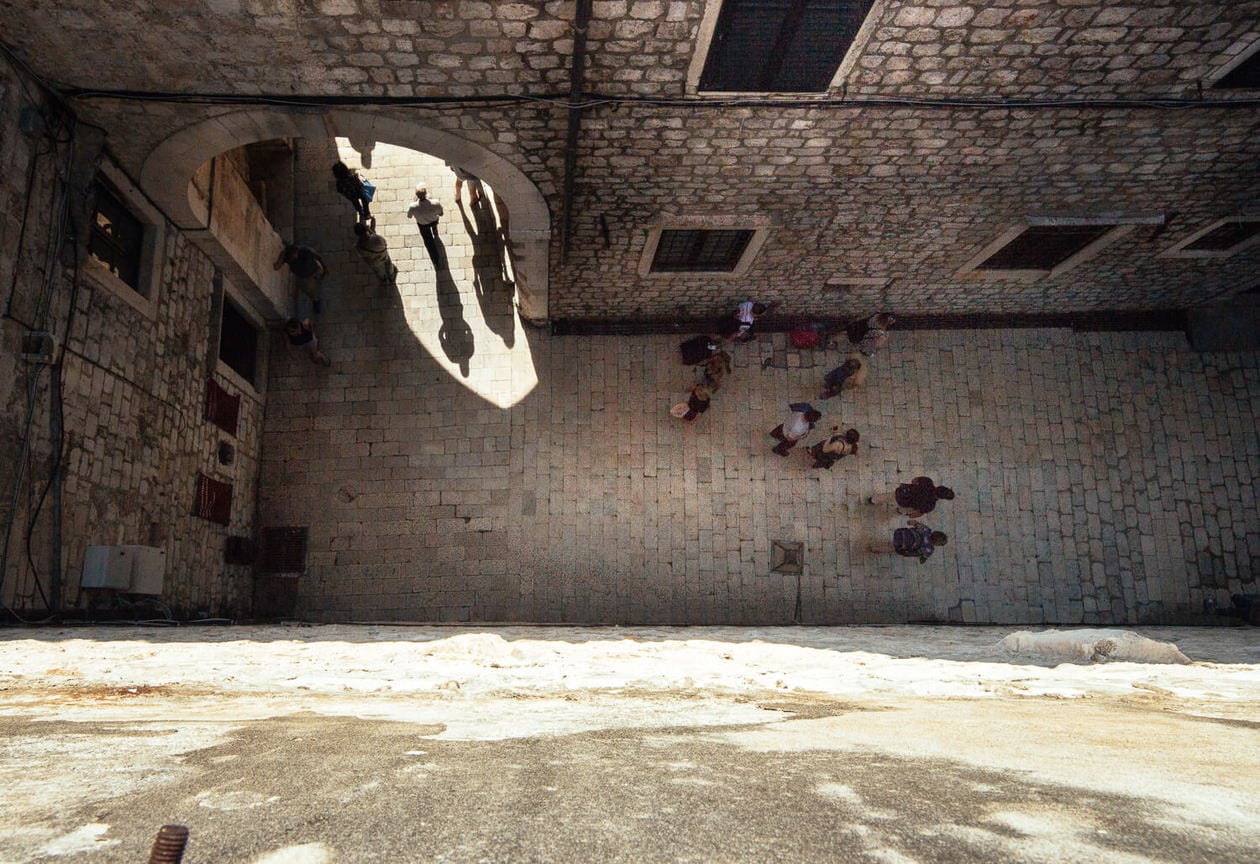 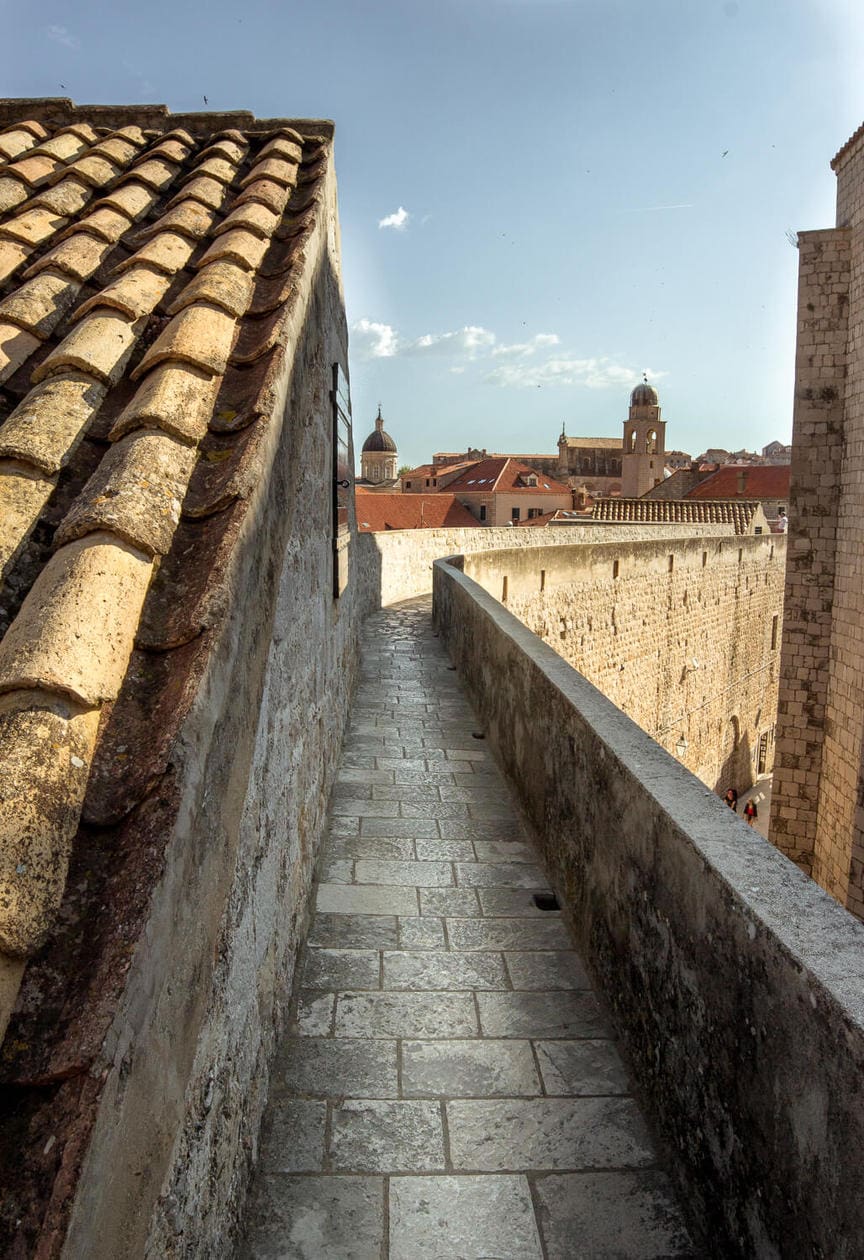 From the east side, you can see the entire Old City harbor, packed with sailboats, ice cream stands and tourists. 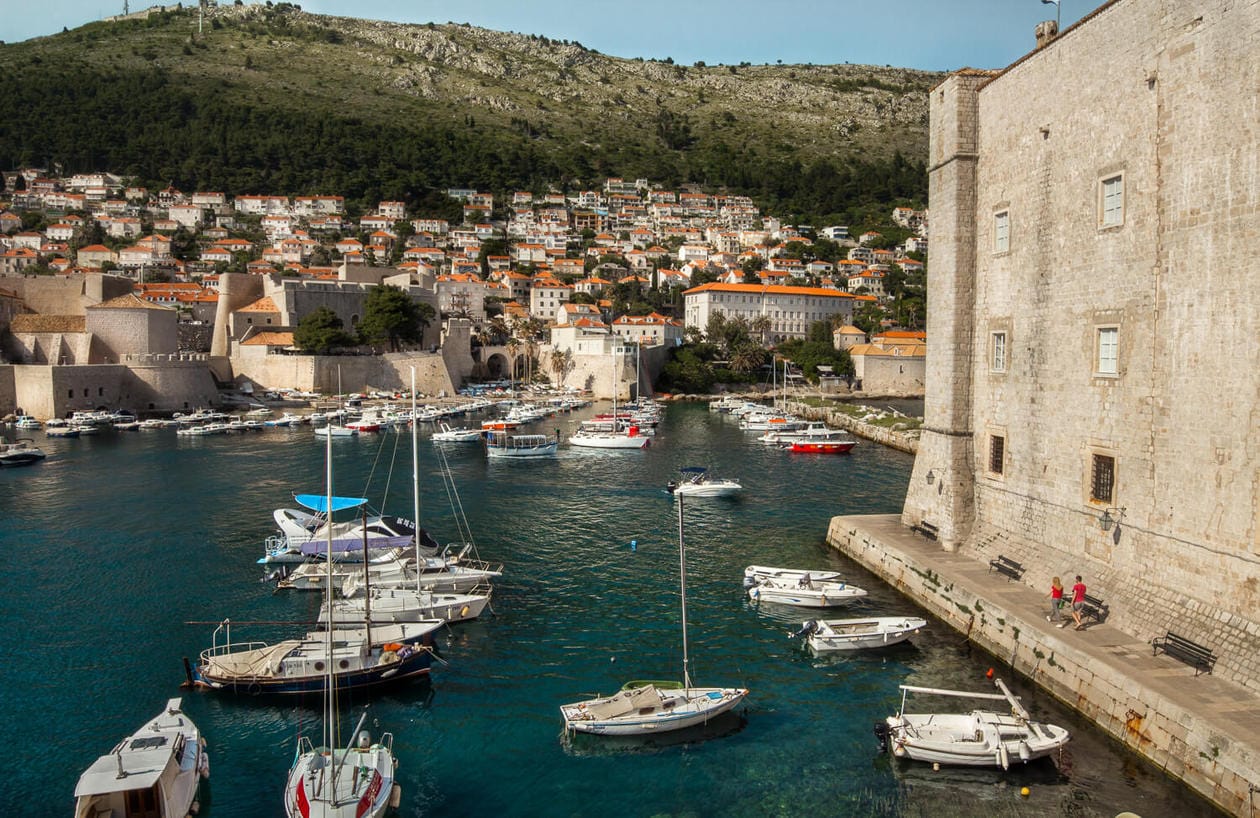 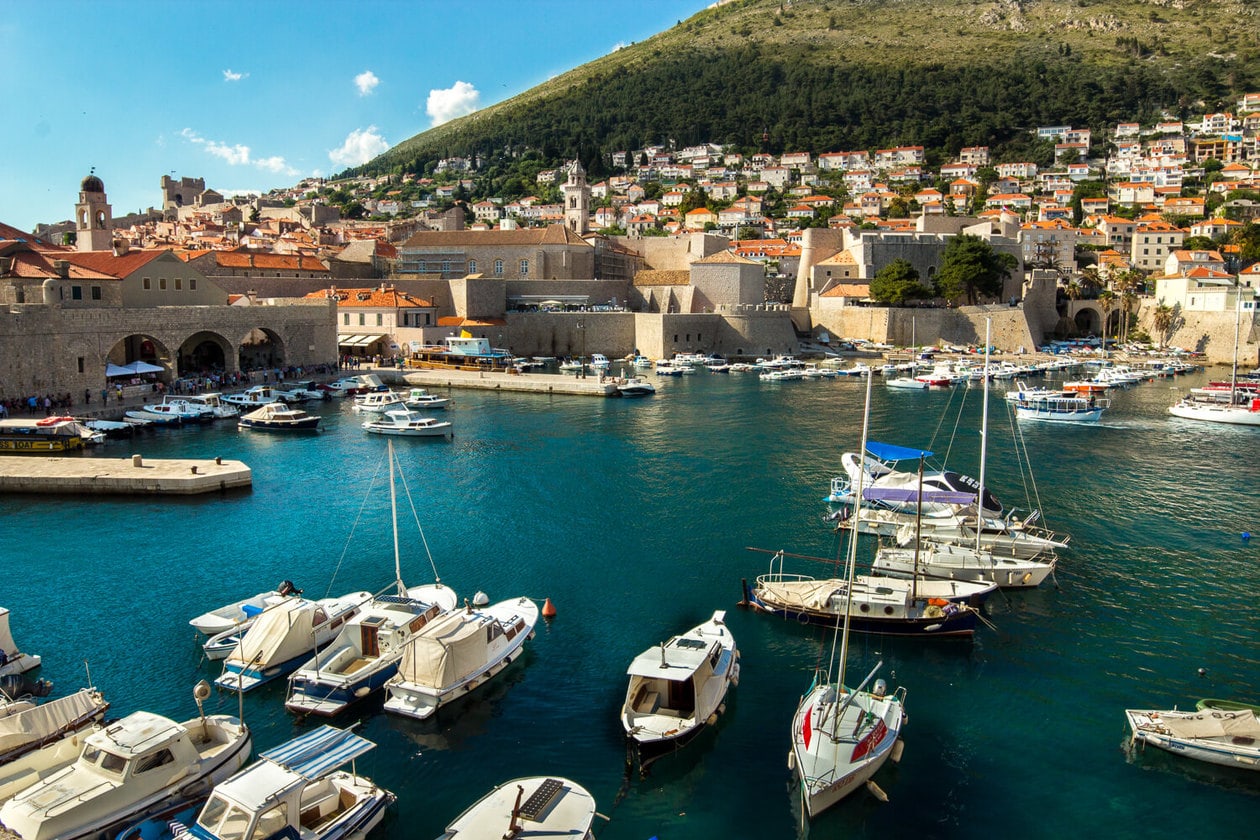 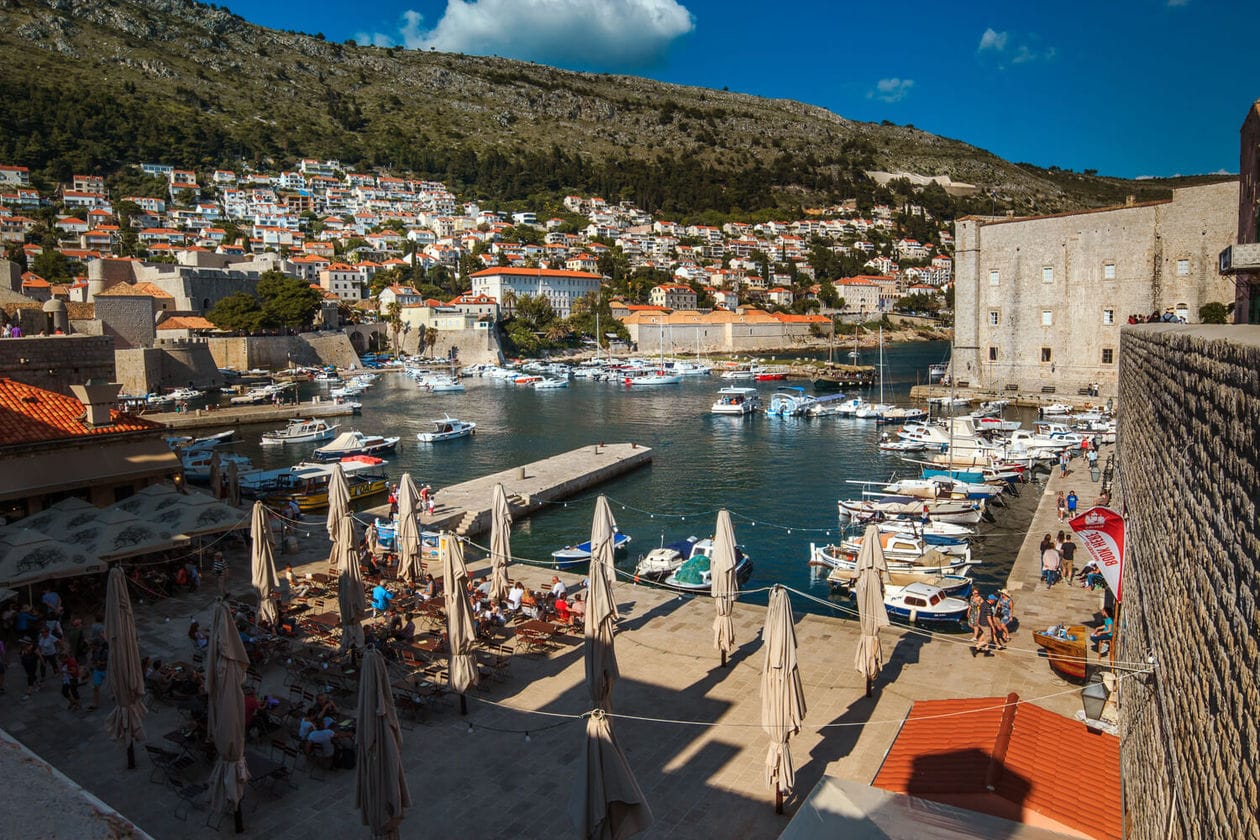 As you curve around to the north side, you’ll get an incredible view of the Old Town’s red roofs with the Adriatic Sea as a back drop. 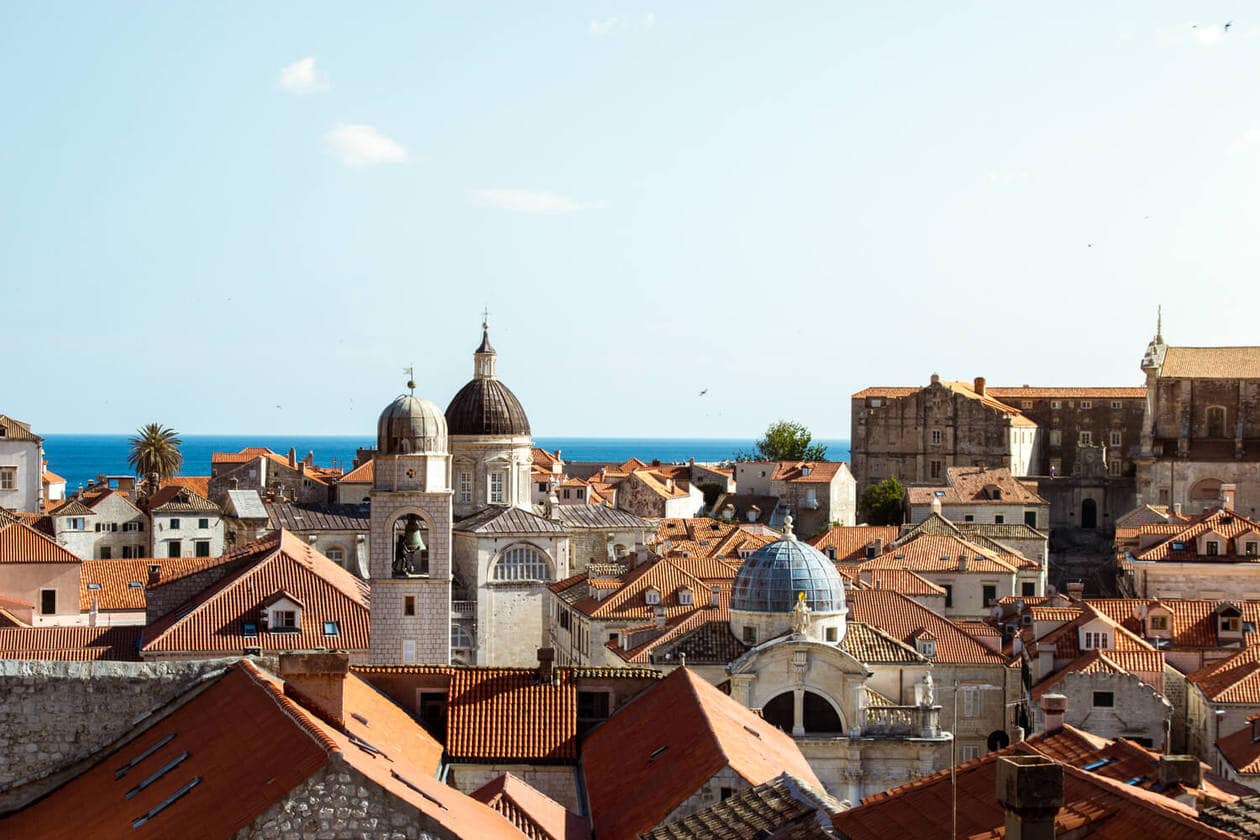 On Northwest corner sits Micenta Tower. This 14th century fortress has walls that are 6 meters (20 ft) thick! It’s the highest point on the city walls, so you’ll get one of the best views from the top. 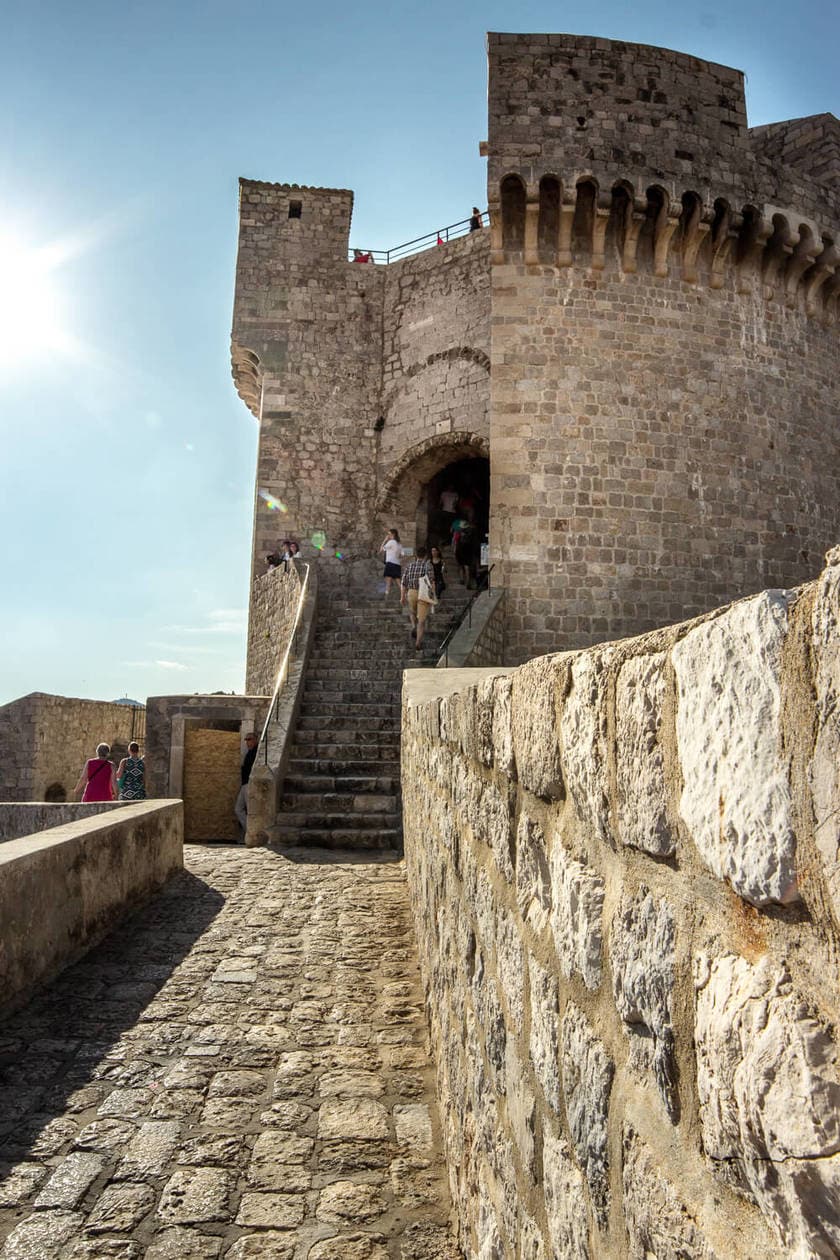 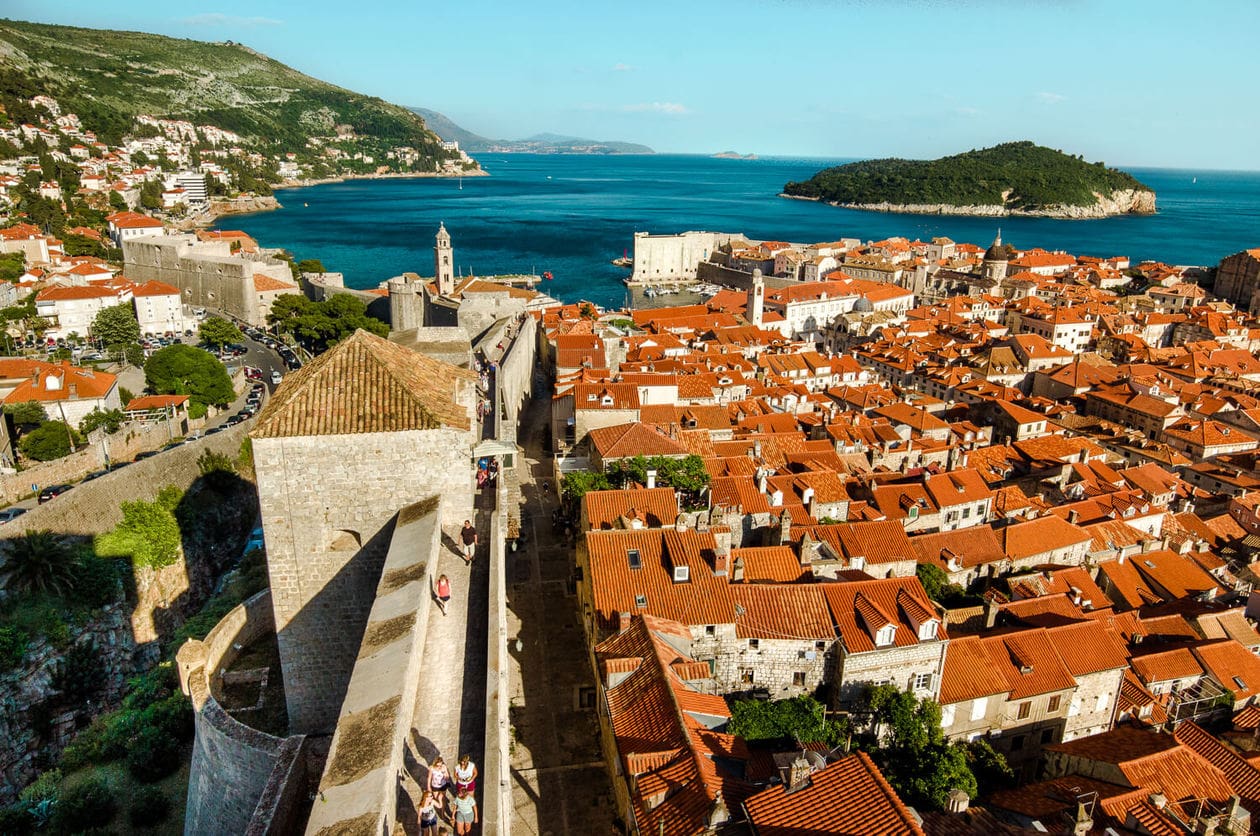 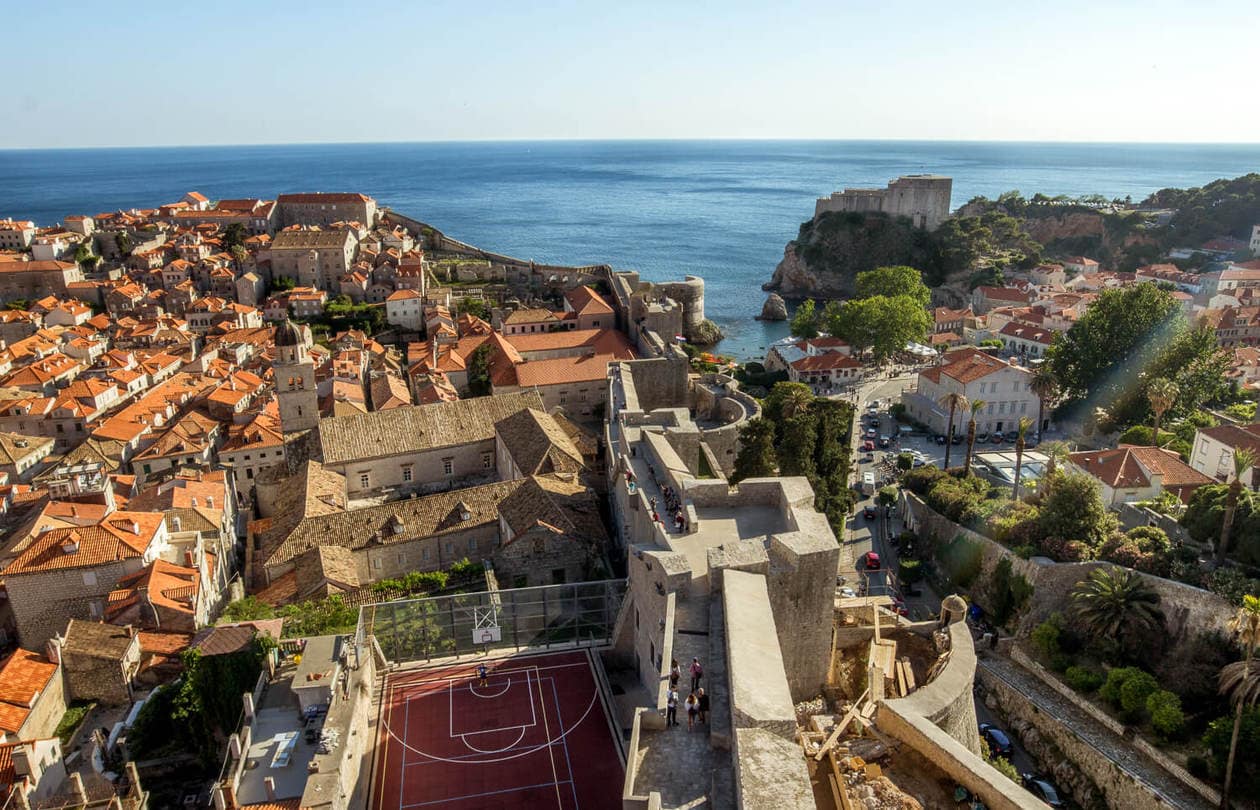 If you’re a Game of Throne’s fan, Minceta Tower was used as the exterior shot for the House of Undying. With that said, be sure to notice the hordes of people pretending to look for dragons. It’s extremely entertaining. 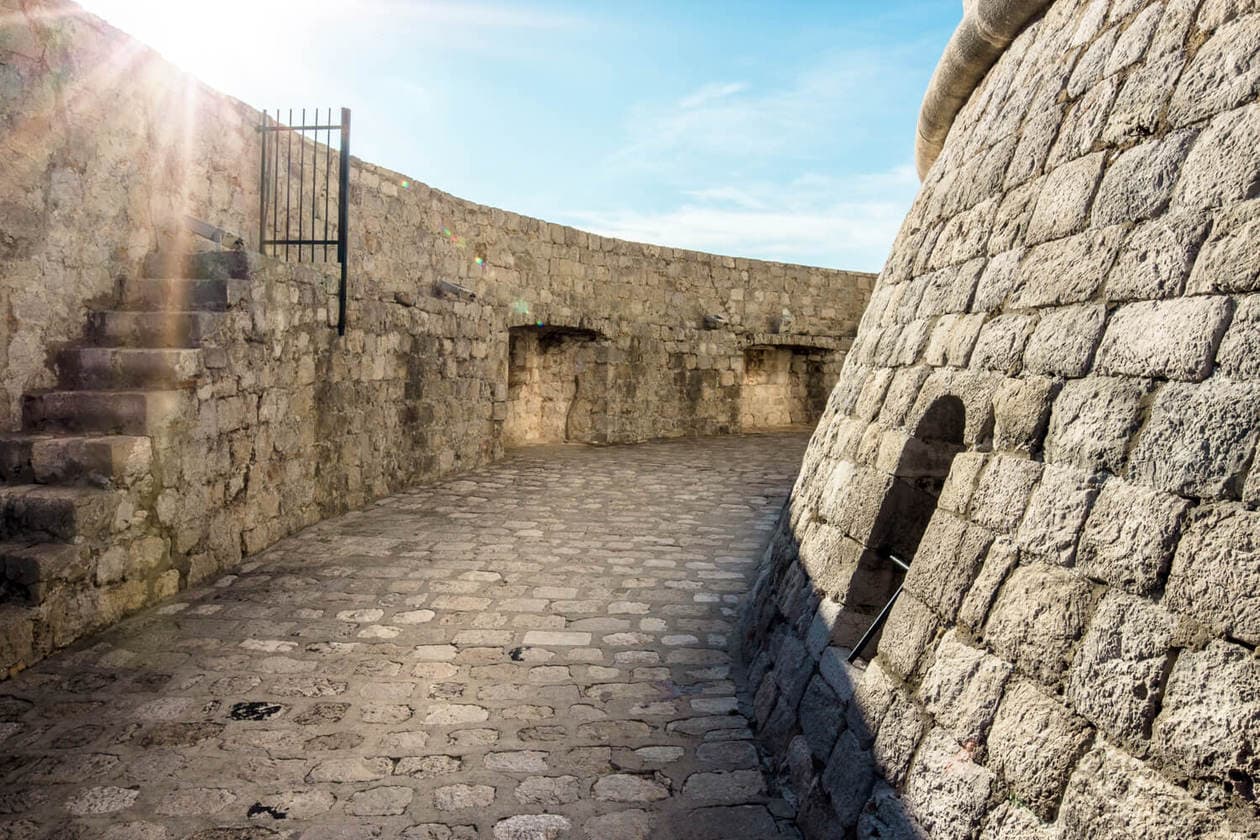 The west side of the city walls were my favorite. Looking out, you can see Fort Lovrijenac as well the rest of Dubrovnik. Looking in, gives you a great people people watching angle as mass crowds flow in through Pile Gate and walk up Stradun. 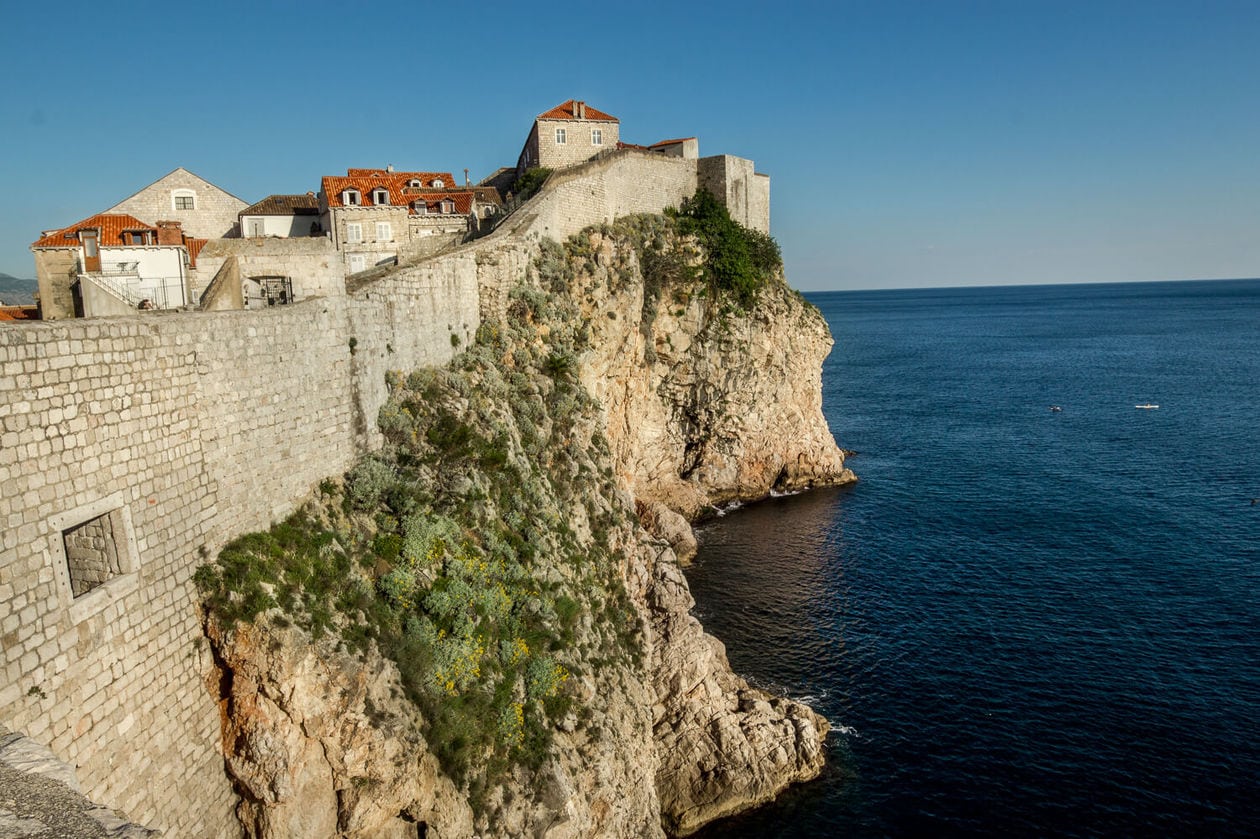 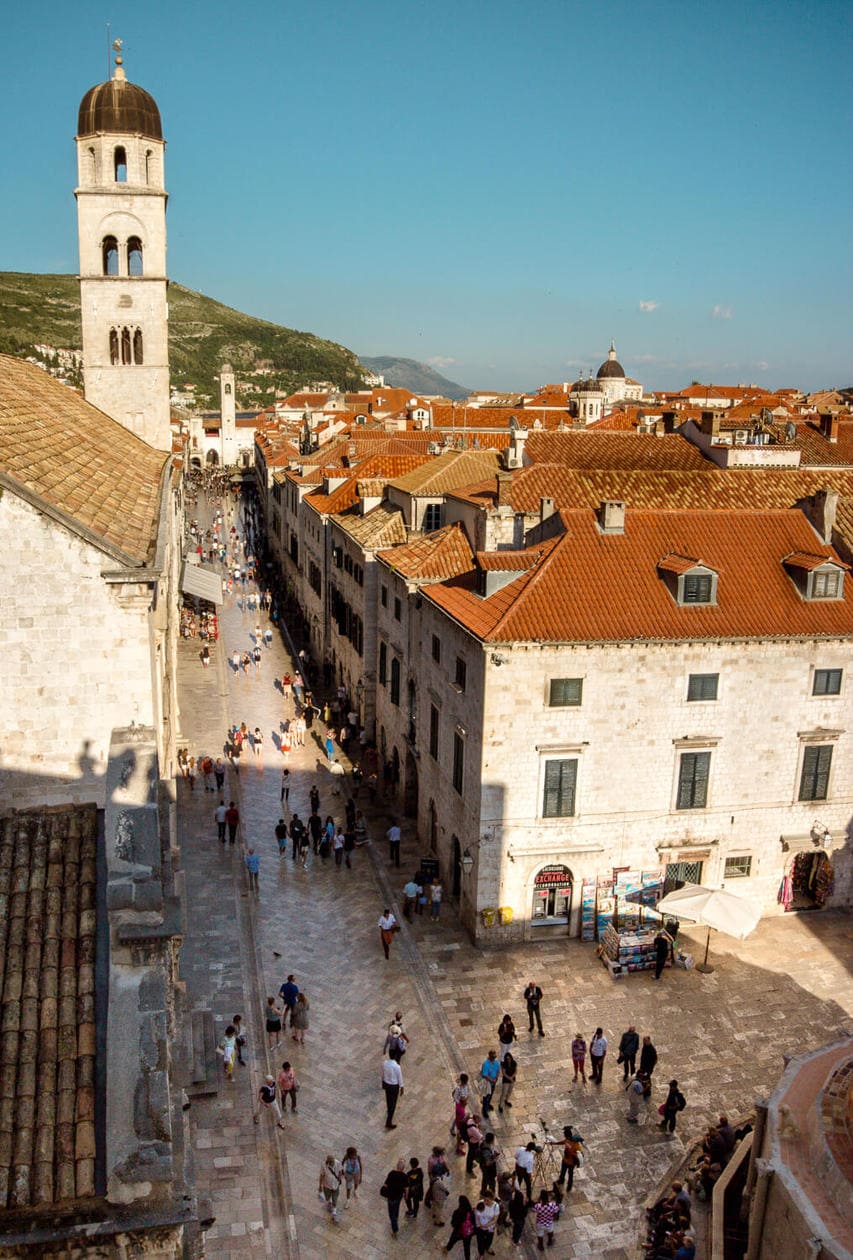 Fort Lovrijenac sits high across the inlet on a 37metre (121 ft) cliff. This was my very favorite view. 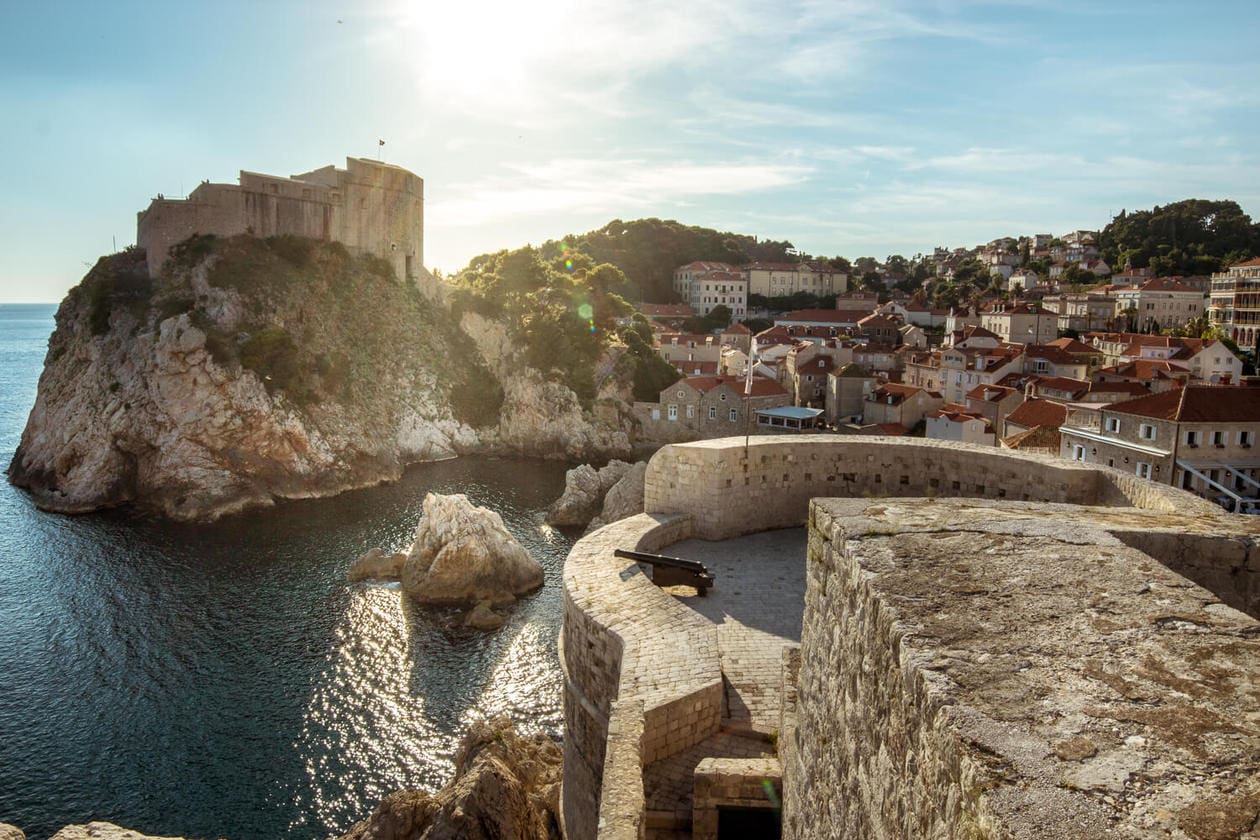 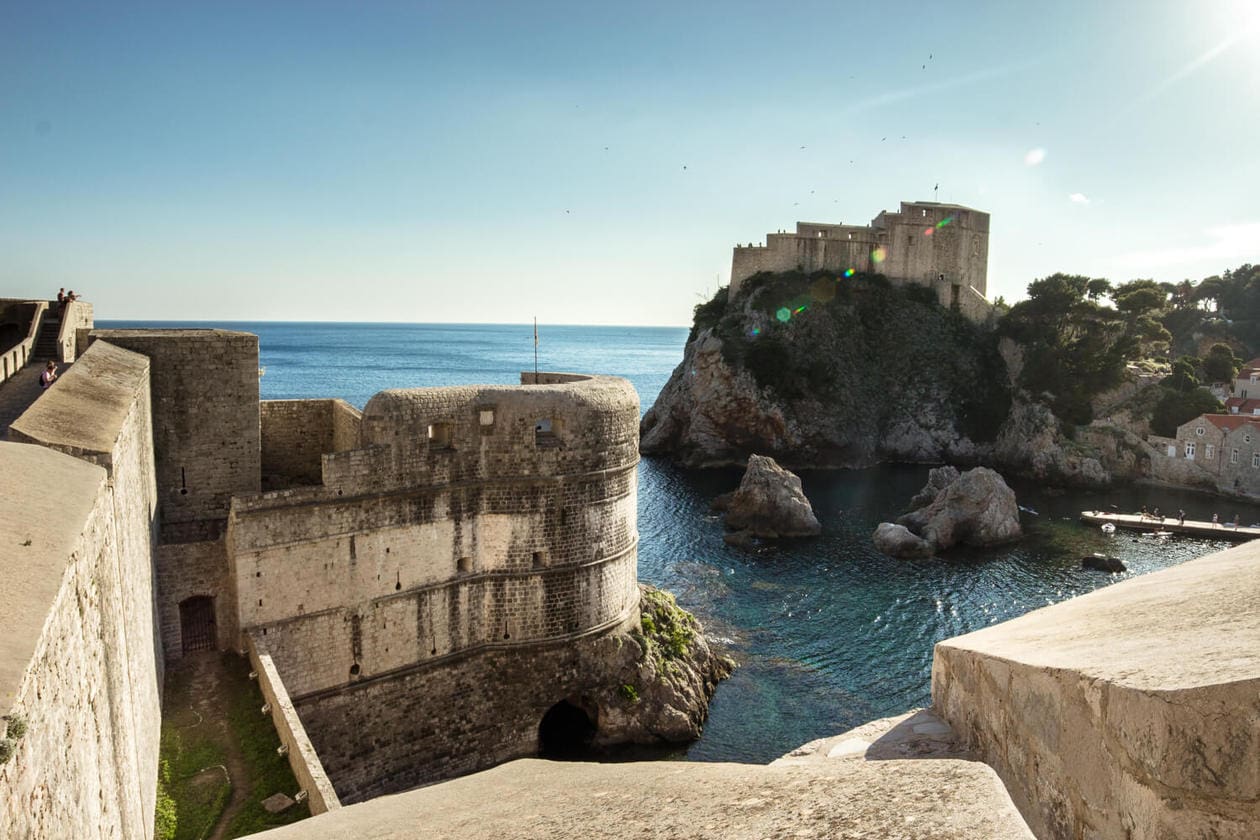 Looking out from the South side of the Dubrovnik walls gives you an unobstructed view of the Adriatic Sea as well as one of the best views of Lokrum Island. 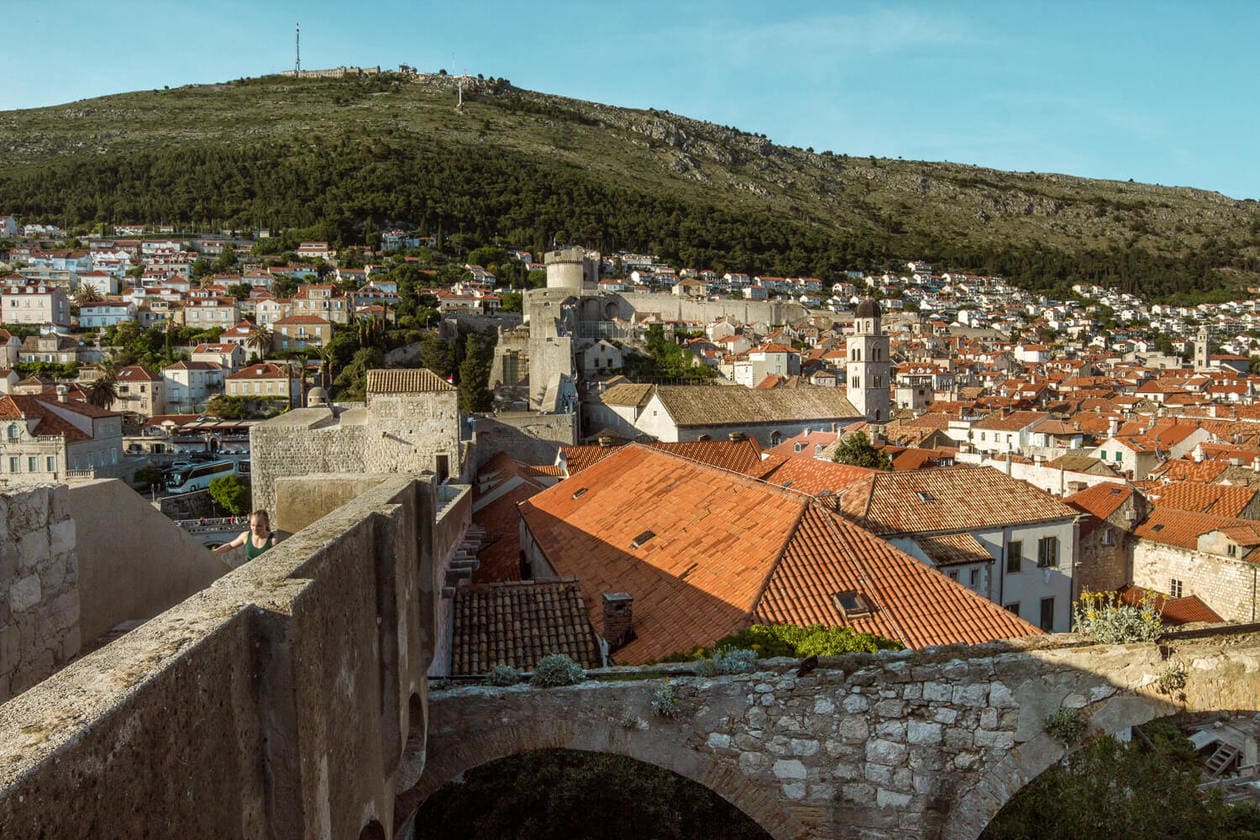 If you look off the edge as you walk down South side, you’ll see the famous Buza Bar located below on the cliff. We strategically picked to exit the walls near the St. John’s Fortress entrance so we would be close enough to Buza Bar in time to watch the sunset. 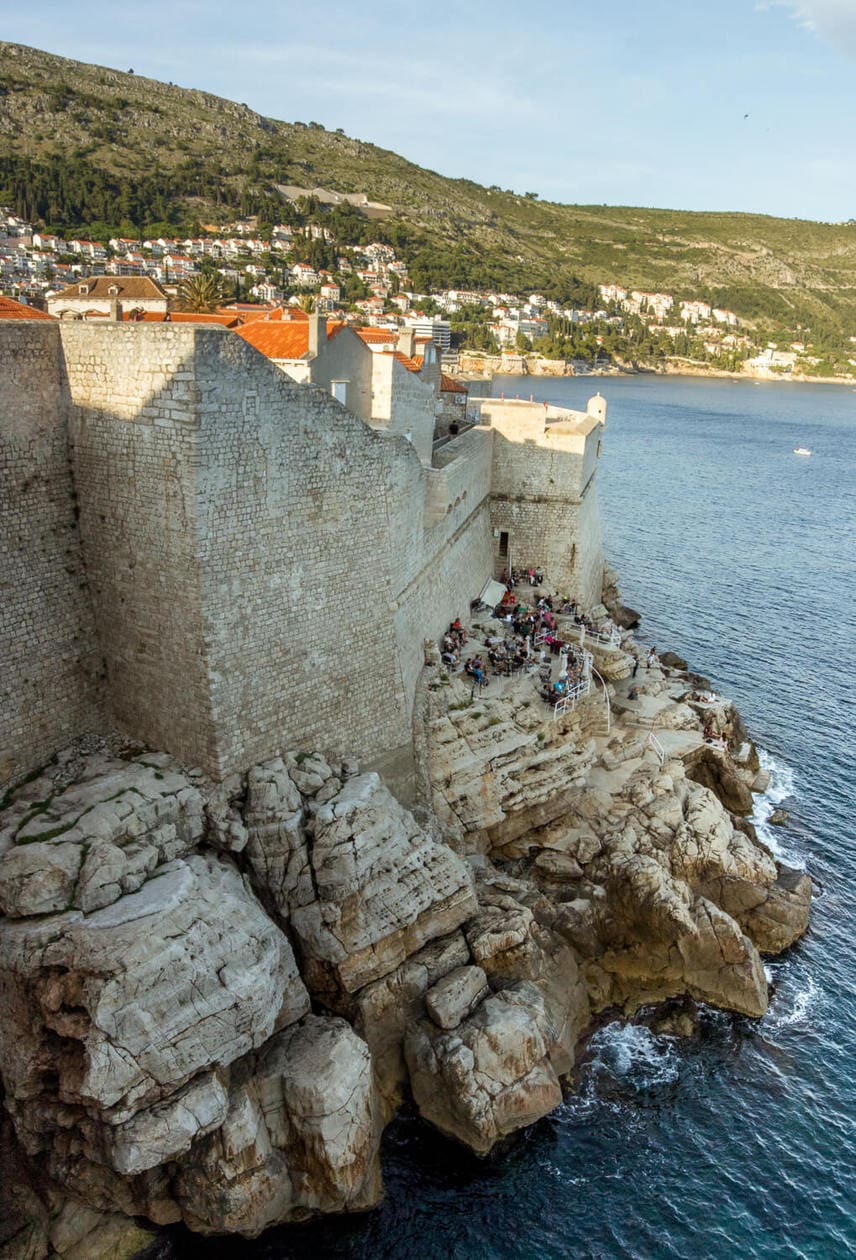 Open year round, except on Christmas (December 25) 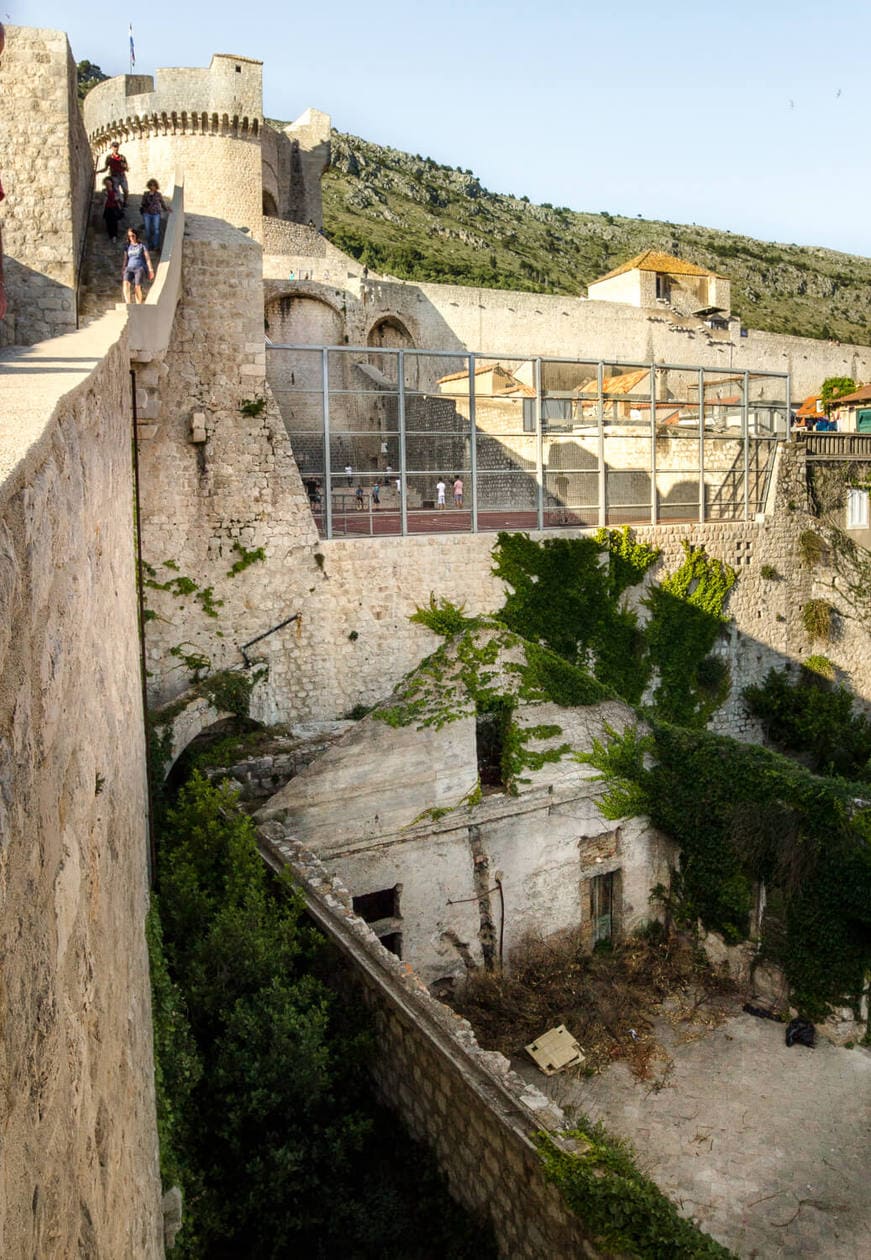 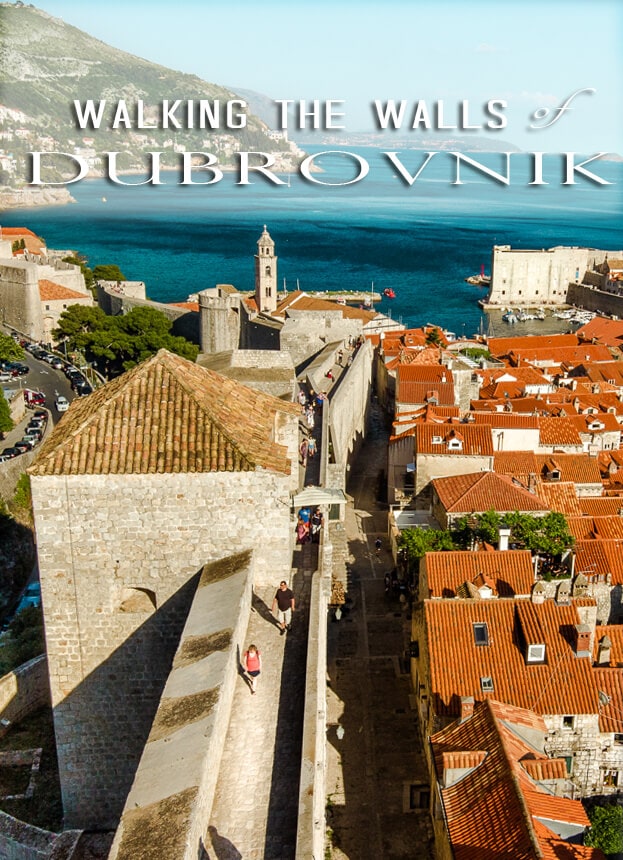 2 thoughts on “Walking the Walls of Dubrovnik: A 360° View of the Old City”