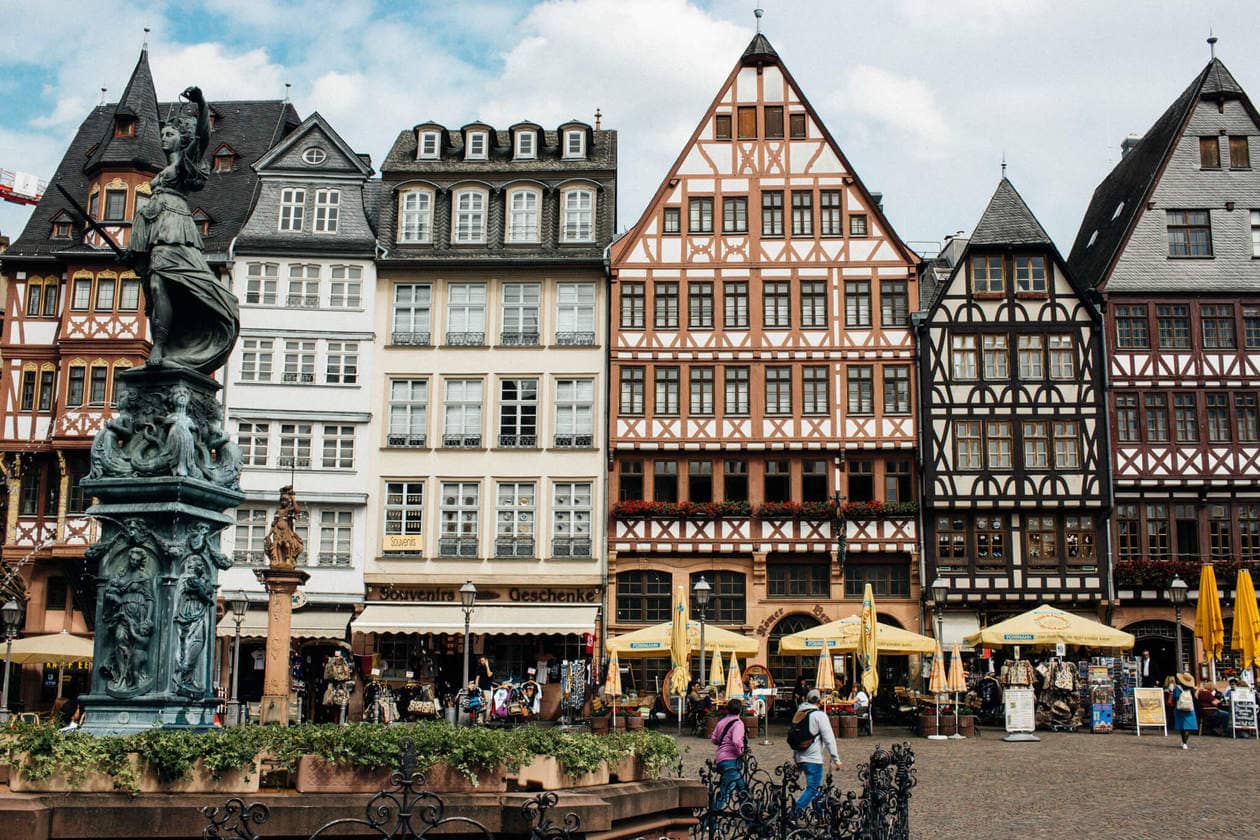 After a long travel day; made especially unique by the man sitting next to us who meowed during the entire duration of the flight, we finally made it to Germany. With 6 hours of daylight and a short overnight in Frankfurt, we only had the afternoon to check out the city.

Our hotel was directly across the street from the main train station, which made it a perfect hub. A short walk down the river led us to Römerberg, Frankfurt’s Old Town, one of the most popular areas in the city.

The rest of Frankfurt seems really modern, but I’m drawn to older architecture so Old Town was a good place to spend the afternoon. It was jam packed with tourists.  The shops and restaurants were full, and the and street performers were working hard for their money. We spent only 30 minutes walking around and then headed over the bridge to look for food in a less touristy area. 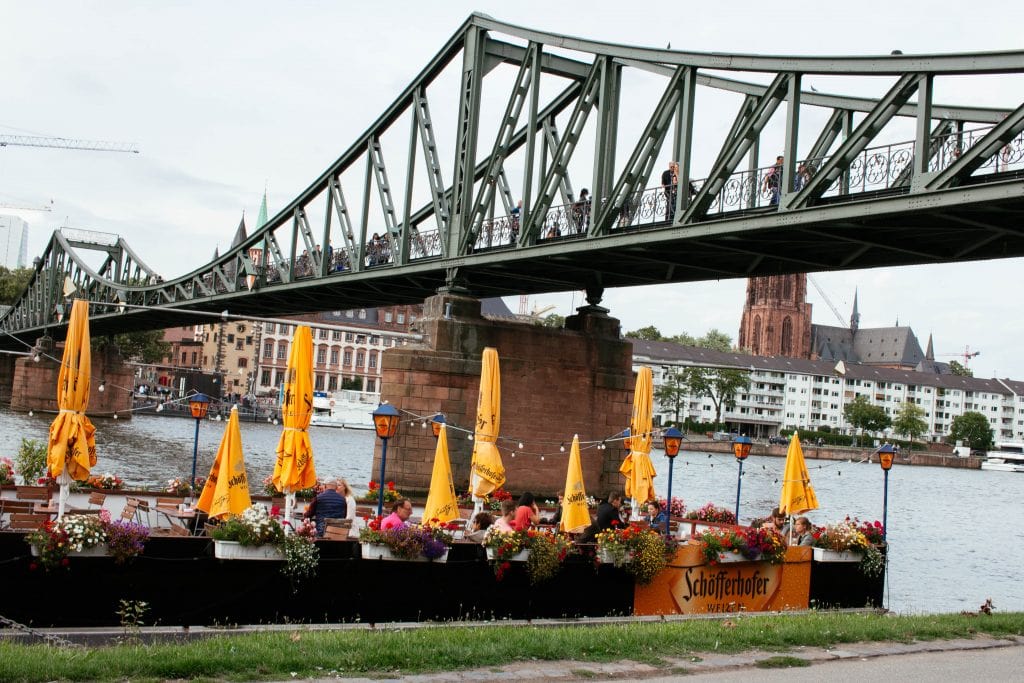 We flew WOW Air on the way here and they charge for everything, including water. We were so hungry we didn’t even make it across the bridge before we picked a spot to eat. Bootshaus was a boat restaurant on the river, and it was adorable. We ordered our first German beer of the trip to celebrate the beginning of our eastern European adventure. The beer + our raging jetlag made us delirious and the walk back to our hotel was a lot more fun. 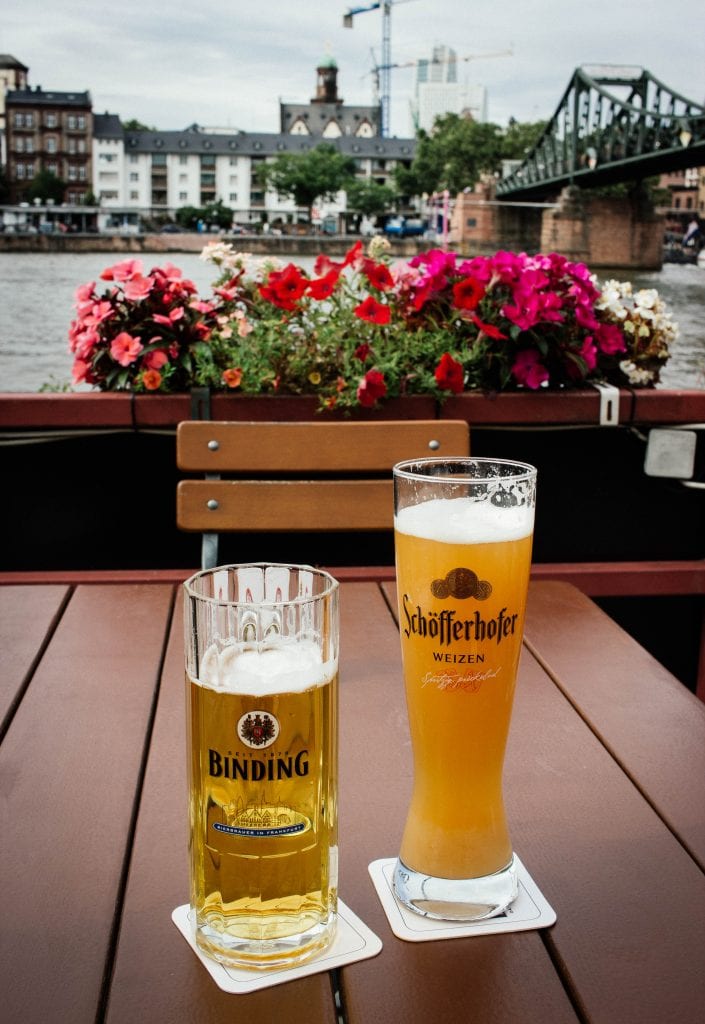 We spotted a “native” Haagen Daaz on the way and just had to see if the ice cream tasted better in Germany. We later discovered that Haagen Dazs is a made up word and the company originated in the Bronx, New York. I hope nobody saw me this taking photo. 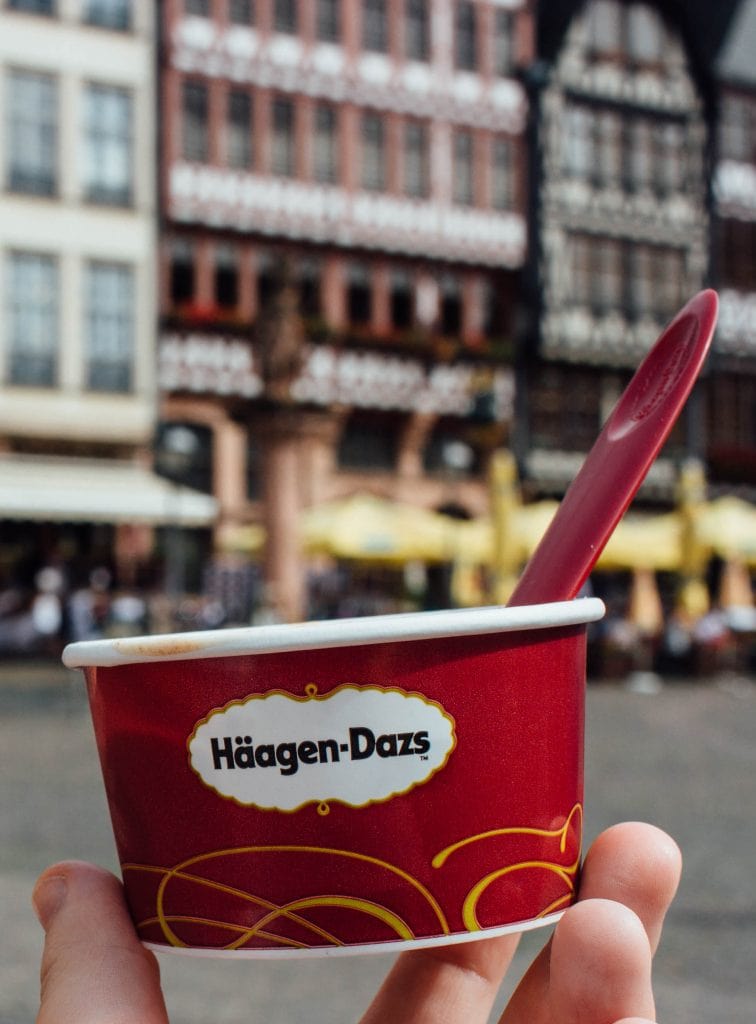 Tomorrow morning, we leave for Prague.