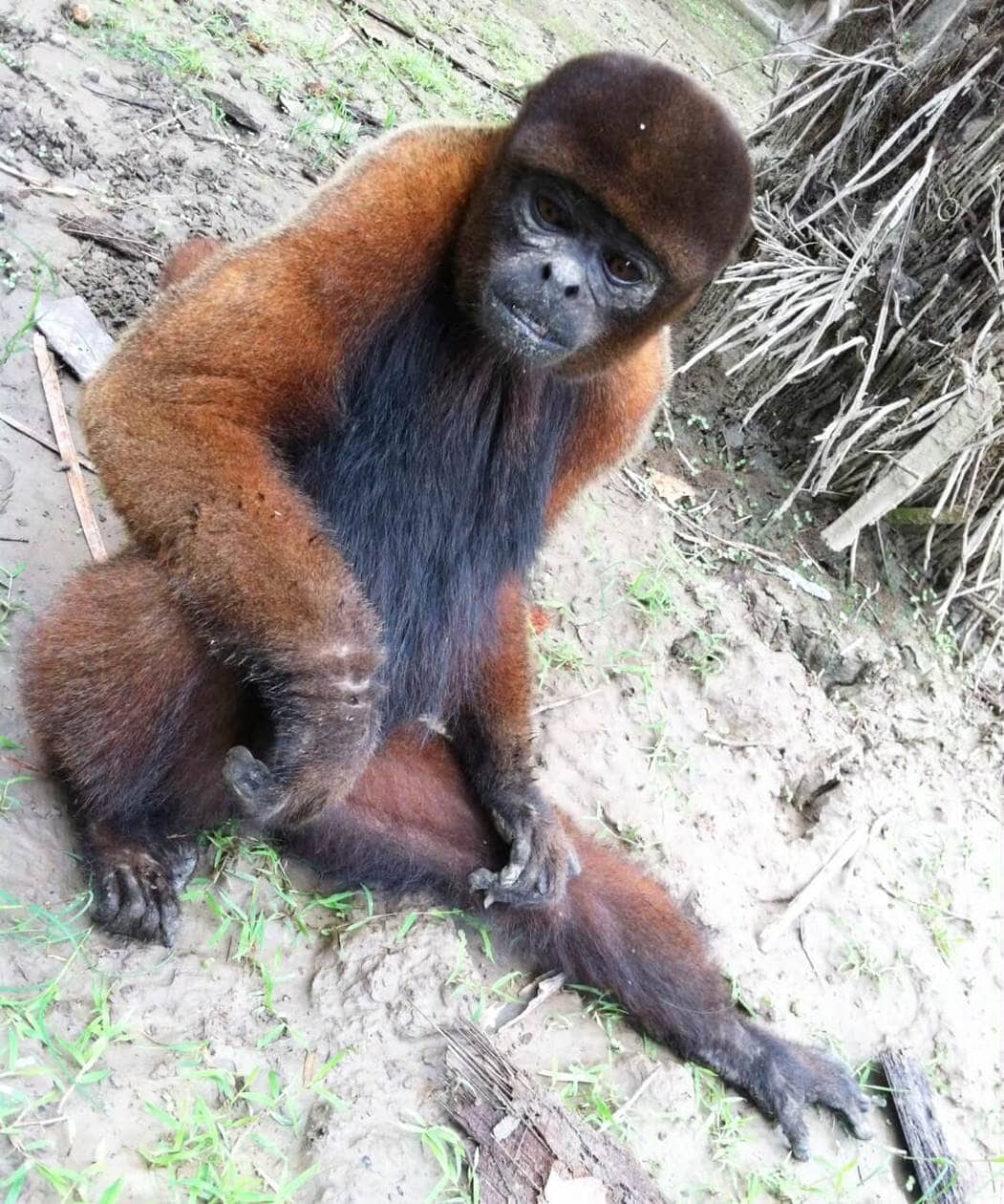 0shares
On Monday at 11:59am Melusca came over to sit under the house and we noticed Carlos was busy running around, surrounding the premises while keeping the other monkeys at a distance. We soon realized that she was in the process of giving birth, but the baby didn’t look healthy. It was very tiny, even smaller than Flaca’s baby and was coming out feet first. The entire birthing process took about 30 minutes and when the baby was out, Melusca and Carlos cleaned it for several minutes until they caught on that something was wrong. 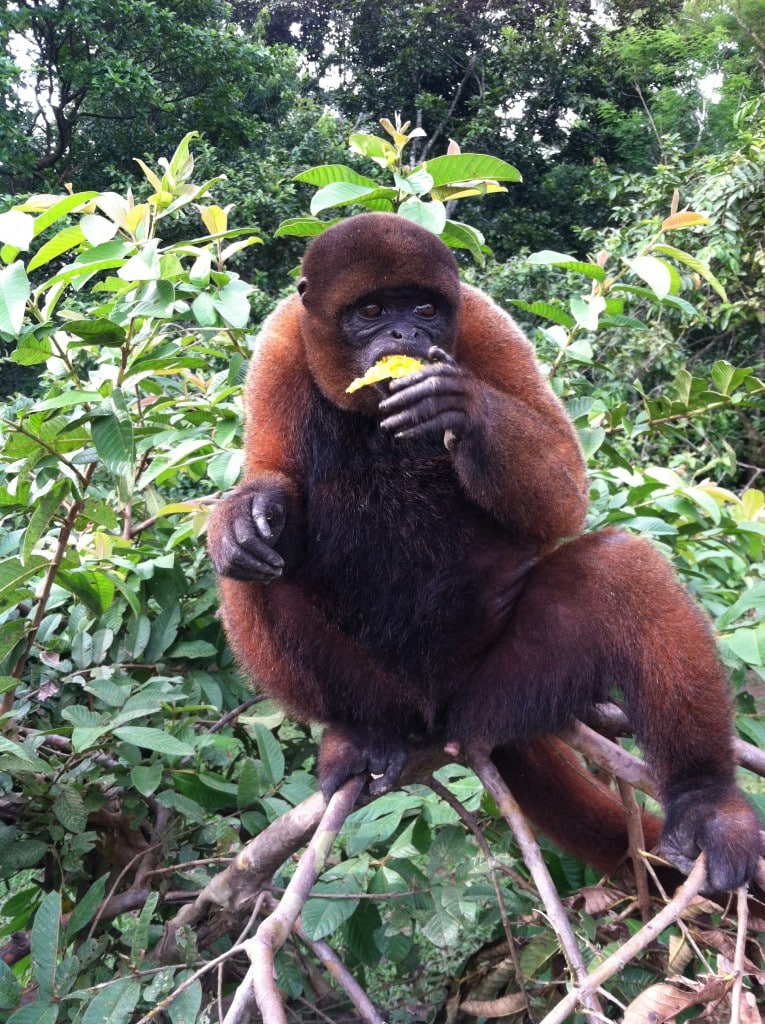 Unfortunately, Melusca had a still birth. She began to cry and Carlos tried to pull her away from the baby. They sat by themselves and he nuzzled her for for awhile until she just wanted to be alone. She cried for most of the day and then disappeared, not even coming out to eat dinner. For the rest of the day Carlos was very aggressive. He was trying to fight the other monkeys and even a few chickens. We were surprised that he was the father as Martin is the alpha male on the island. Carlos is very young to be having children which might be one of the reasons the baby was stillborn. It was a really sad day for monkeys, and also the family that lives here. Gilberto has been waiting for the baby for months and is very upset.