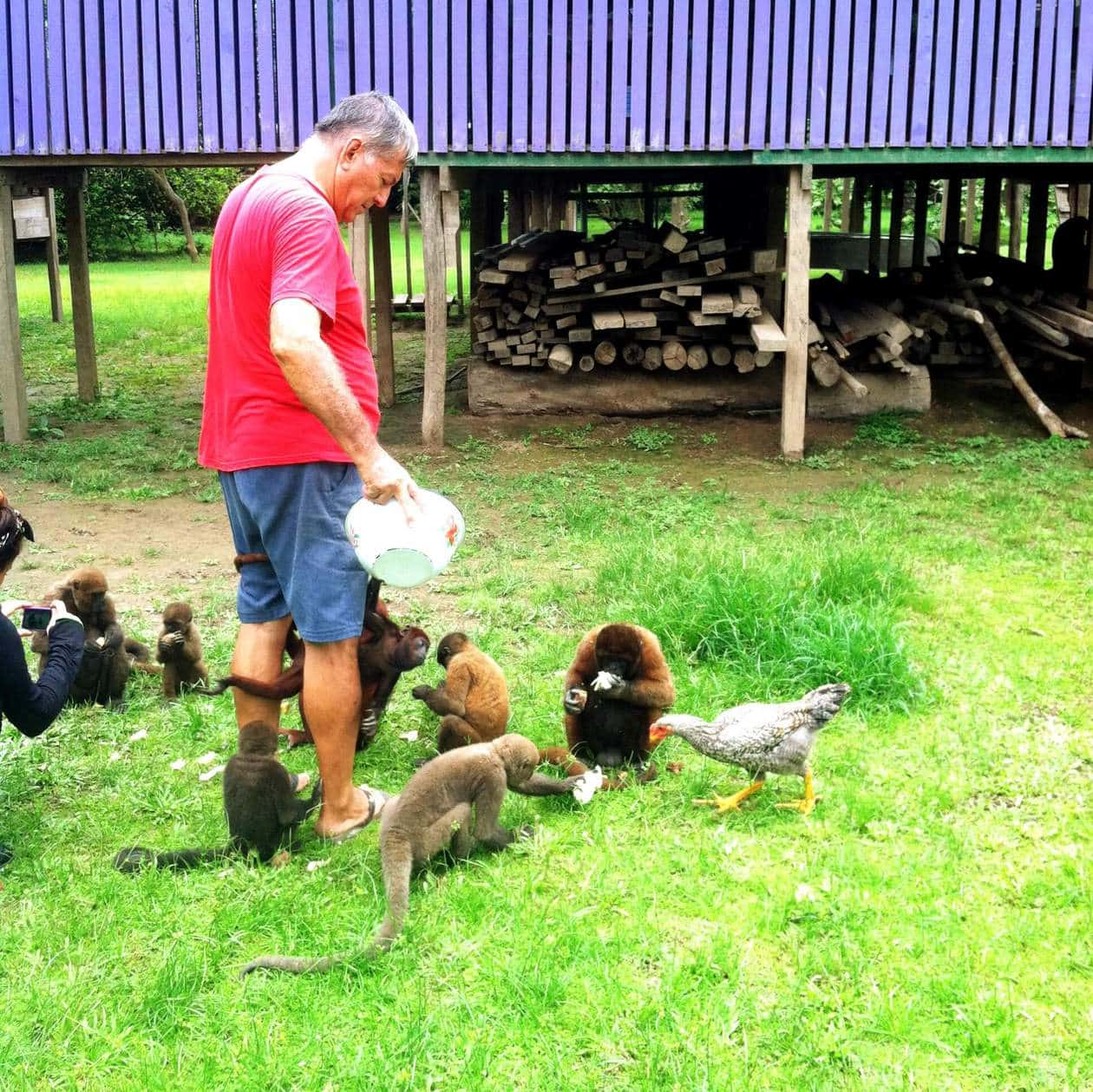 Gilberto Guerra Reátegui is the newest addition to my list of favorite people on earth. He is a shining light in the jungle who has dedicated the past 15 years of his life to preserving and protecting the monkeys of the Amazon. 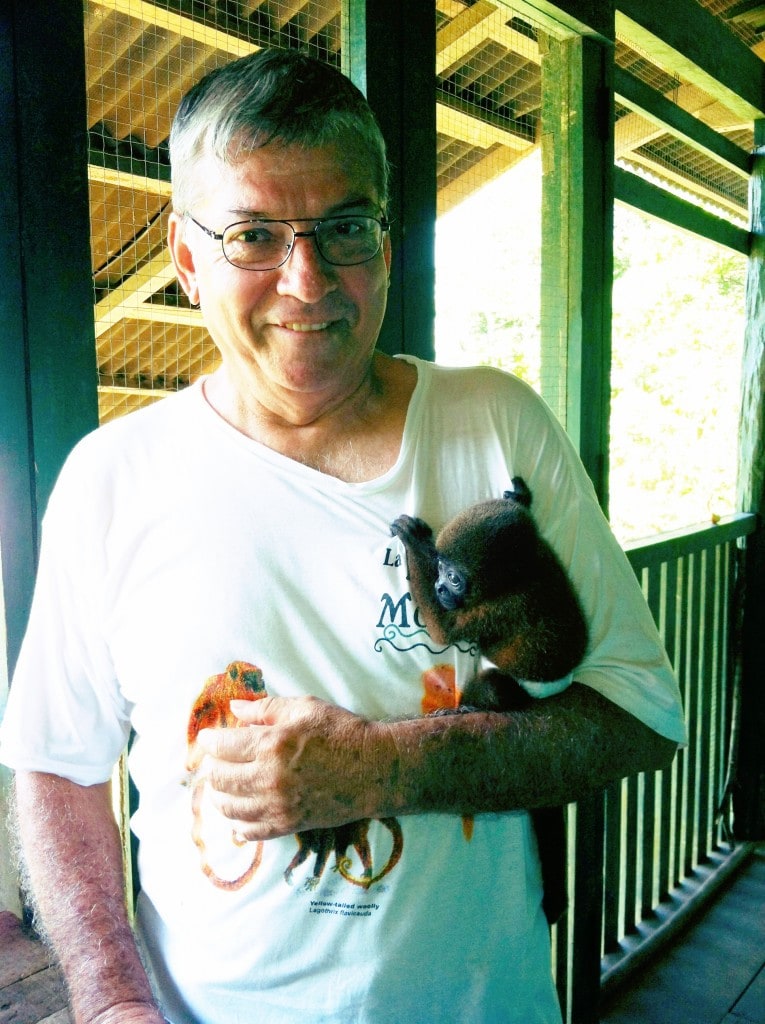 Every move Gilberto makes is for his monkeys. If we are sitting down to eat and Anita is hanging on the screen looking in, he gets up and feeds her. Several days a week he travels to different areas of the jungle to find bananas for them. His room is basically a monkey supply shed with a small bed tucked in the corner. He wakes up at 5am because they are hungry. He’ll stop his sentence and run outside if he hears so much as a whimper outside. Wherever we are on the island, we can hear Gilberto laughing and talking to his monkey children. His eyes light up when they are around and vice versa.

Gilberto possesses true passion for the animals on his island and he wants only the best for them. He talks about his visions for the future so fervently! He wishes to start an education program to teach the Amazon children about preserving these species. He dreams of hiring biologists to help him release monkeys in the Pacaya Samira reserve, the largest one in Peru. Unfortunately, to do so is expensive as the monkeys need check ups, shots and about 3 months of monitoring. Right now, his monkeys are free to migrate into the jungle on the 430 hectare island, and many do, however woolly monkeys become dependent on humans quickly and stay near the house for guaranteed meals. Also, the island is lowland rainforest and several species, such as the spider monkey, need to live on highland. Despite the many obstacles in his way, last year alone Gilberto rescued and released 85 monkeys and 20 sloths! 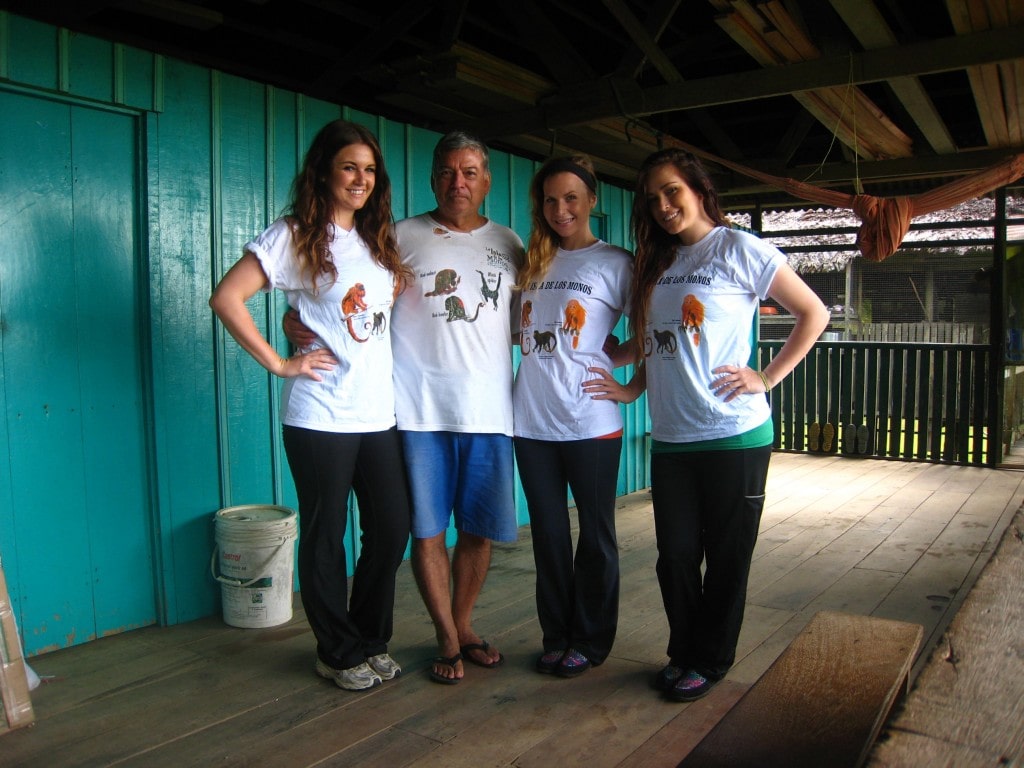 Most of the animal attractions in Iquitos run solely for profit. Gilberto welcomes tourists, though they are few and far between, but he makes it very clear that the monkeys are priority. Several days ago he went to Iquitos to buy a backpack. He came back with monkey food instead and told us he didn’t have enough money left over for his backpack this time. “Monkeys first,” he smiled.

Even though the reality of what’s happening to monkeys in the Amazon is overwhelming and tragic, Gilberto remains optimistic; he is never in a bad mood, and always giggling. Even when the monkeys get into trouble by sneaking into the kitchen or stealing our whole bag of fruit after we just spent an hour picking them, he laughs. Sometimes he’ll sigh and randomly remind us that he just really loves monkeys.

Gilberto has made our time in the jungle more special than I ever could have imagined. He takes us on jungle walks to eat fruit and look for sloths, he has us accompany him to the surrounding villages to introduce us to his friends, and on the way we spot pink dolphins. He shows us the best areas to gather good luck seeds, and he wakes us up at 4am to look at the full moon and stars from the dock. He is a special person full of life and light and he has welcomed us with both arms into his “monkey family.” In an area where very few are putting in any effort to protect the jungle, Gilberto is working his hardest to pick up their slack. He is the most selfless man I have ever had the pleasure of knowing. I’ve never met anyone with a heart as pure as Gilberto’s. Saying goodbye to him will be just as hard as saying goodbye to my monkeys. 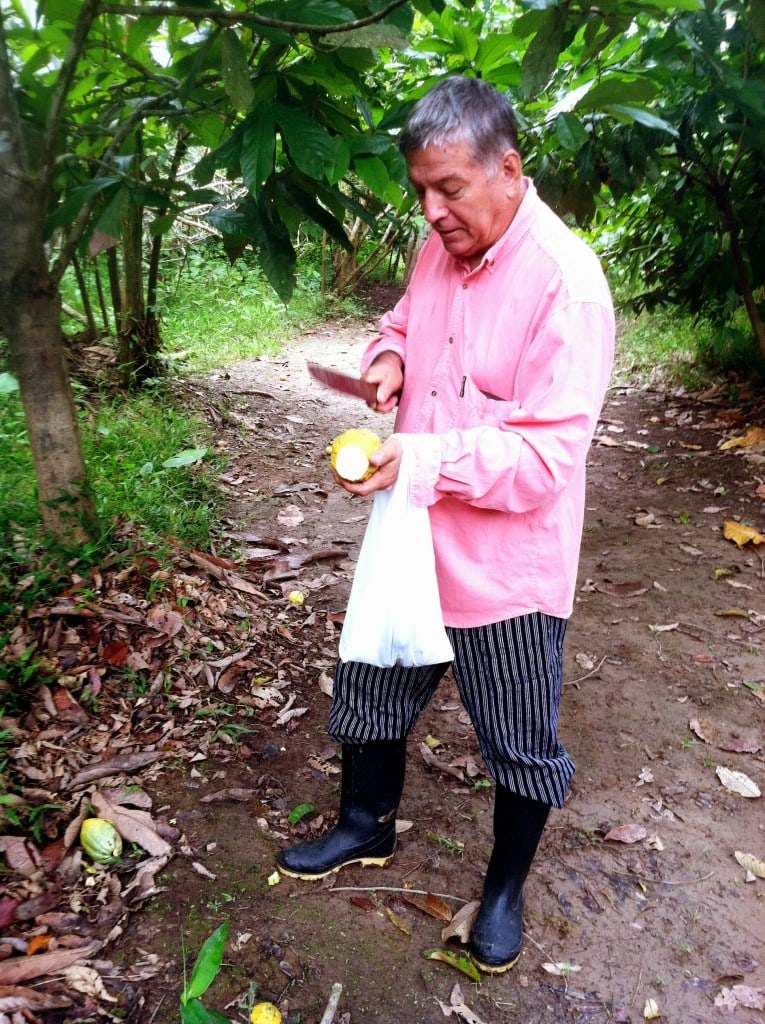