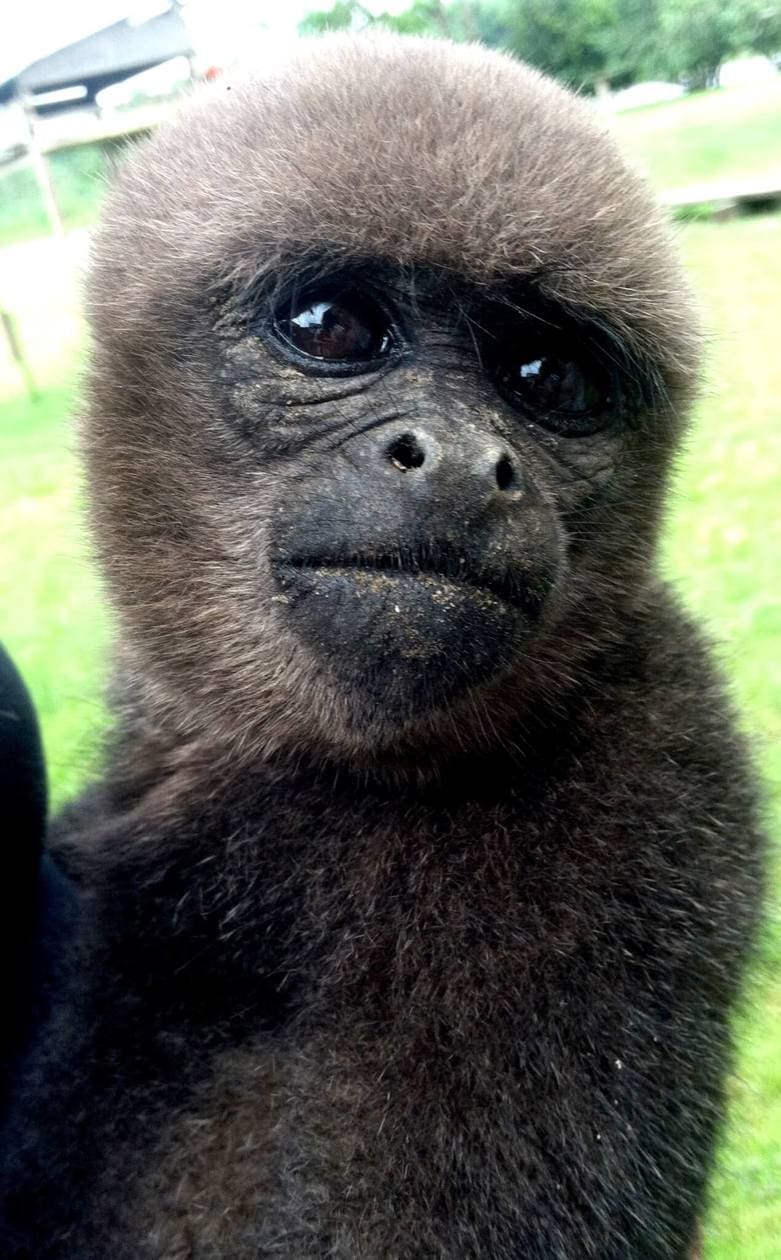 We first met Anita in the kitchen, face planted in a bowl of soup. 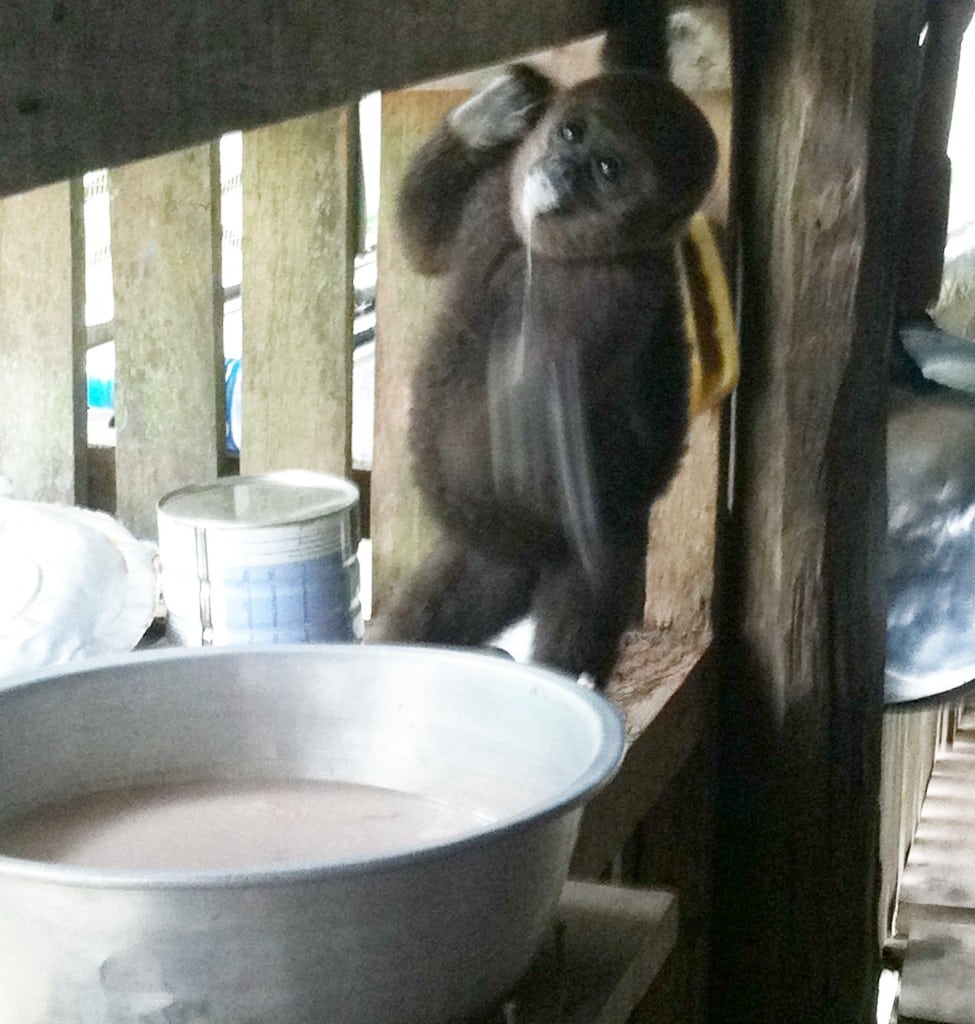 Anita loves food and a result, she’s a little chubby. She doesn’t have many friends on the island and prefers to play alone. Since she is still a baby, she’s a little clumsy and it’s funny to watch her run through the grass, tripping over her own feet and rolling to the ground. She’s a master climber though, and loves to swing from the trees from her tail. Her favorite thing in life is to climb and swing. She tumbles through the trees, leaping from branch to branch without scoping out a landing zone. Wherever she lands, she lands. If you ever want to find Anita, look around and chances are you will see her tubby body flailing through the jungle. 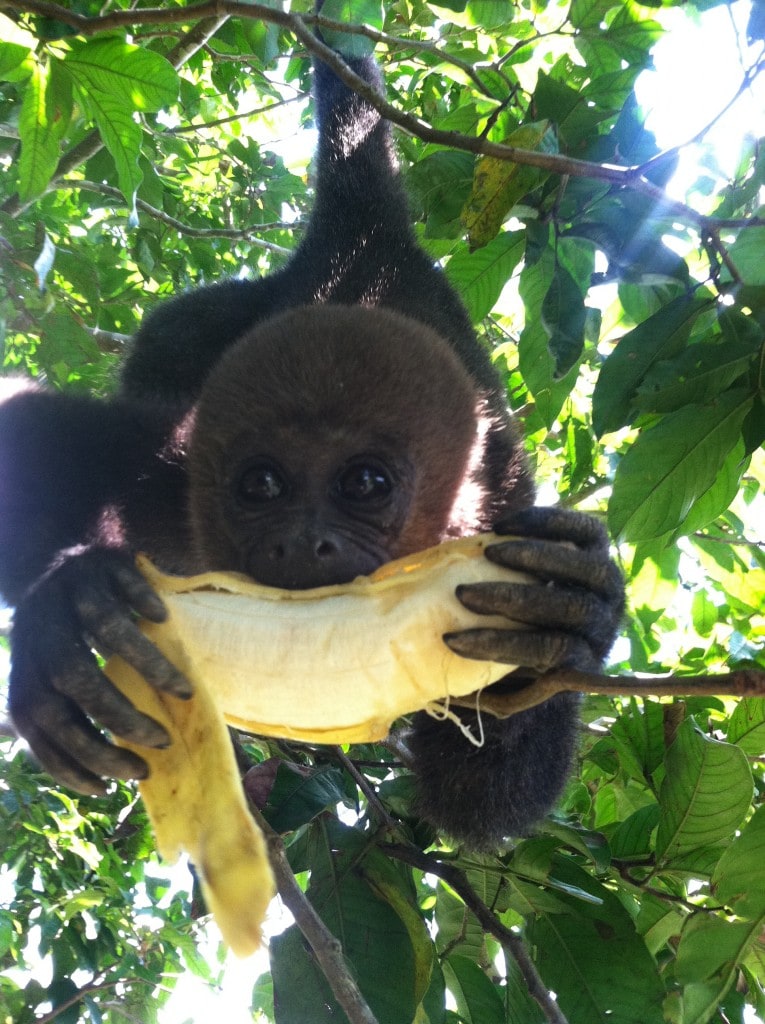 Anita is a woolly monkey, and still very young. She was rescued by Gilberto after her mother was killed and because of this, is used to humans. Once she climbs on your shoulders it is nearly impossible to get her off. She would piggyback on your shoulders for hours if she had her choice. Sometimes Anita will bend down and blow in your ear and she loves it when you blow back into her mouth. She opens wide and stares you in the eye the whole time; then she shakes her head back and forth quickly, I think it tickles.

Anita is one of the sweetest monkeys on the island. She pretends to be independent during the day but she loves to cuddle and can’t sleep without her favorite shirt at night.