How to Get to the REAL Monkey Island, Peru 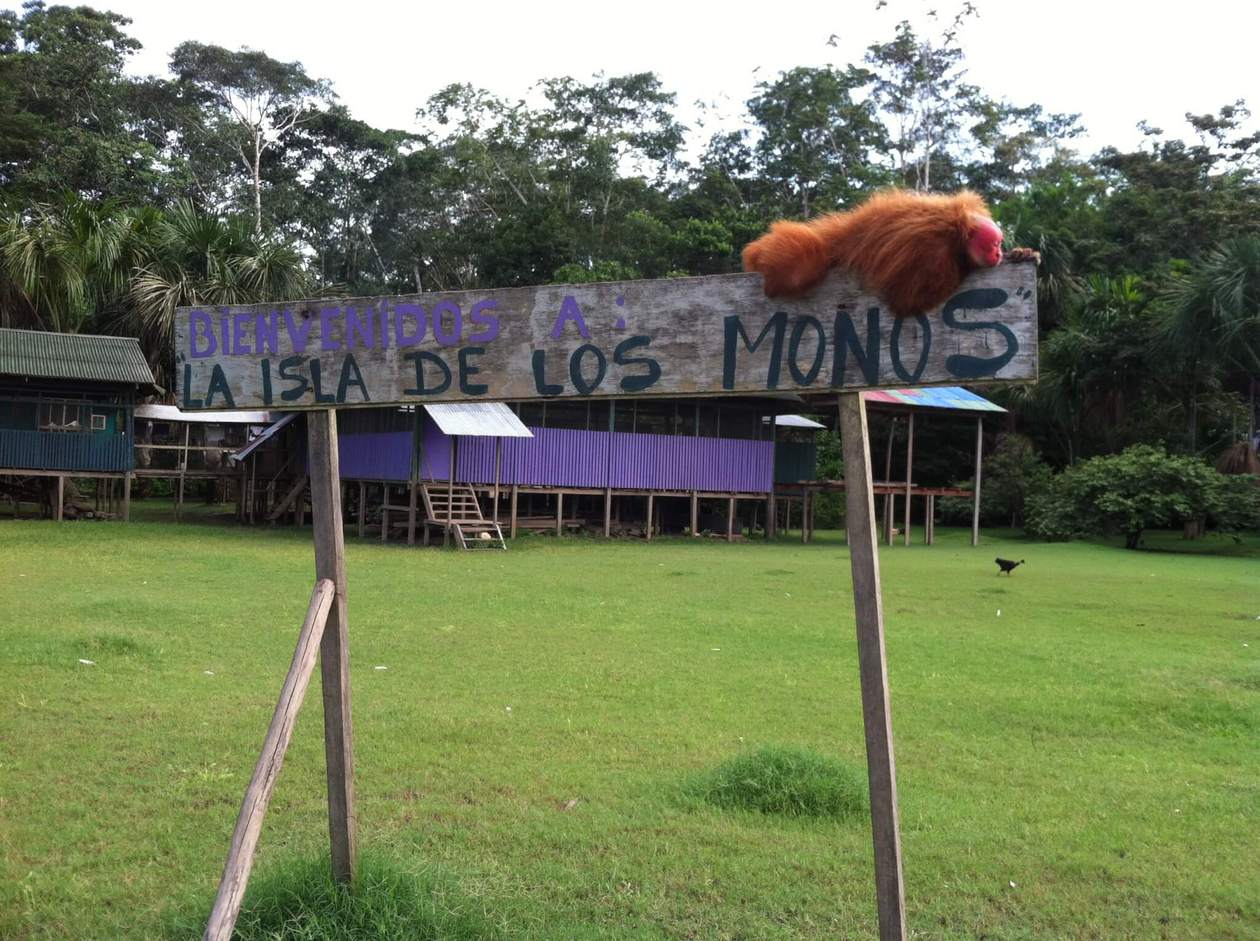 This site receives a small commission for purchases made via affiliate links.
1shares

While we were on our overnight trip to Iquitos, we met several people who asked us what we were doing in the Amazon. We explained that we are volunteering at La Isla De Los Monos, a statement which was met with questionable glances.

“is that the place with the cages?”
“aren’t all the monkeys sick?”
“I don’t support that place.”

These were some of the responses we received, all from local people, including one tour operator! We explained what an amazing project it is and debunked the rumors they’ve been hearing. We also got to the bottom of why people thought of Monkey Island this way.

Turns out, there are two Monkey Islands, or “Isla de Los Monos” in Iquitos. The other one is only 10 minutes away (while the real one is 45min by speedboat) and the monkeys are kept in cages. It used to be called Las Boas but they changed their name to Monkey Island to draw in the tourists who want to come to the real Monkey Island. The animals aren’t treated that well. They have Boas which are kept in cages too small and many of them die from stress, then they are immediately replaced. The island operates solely to make money and the welfare of the animals comes second. 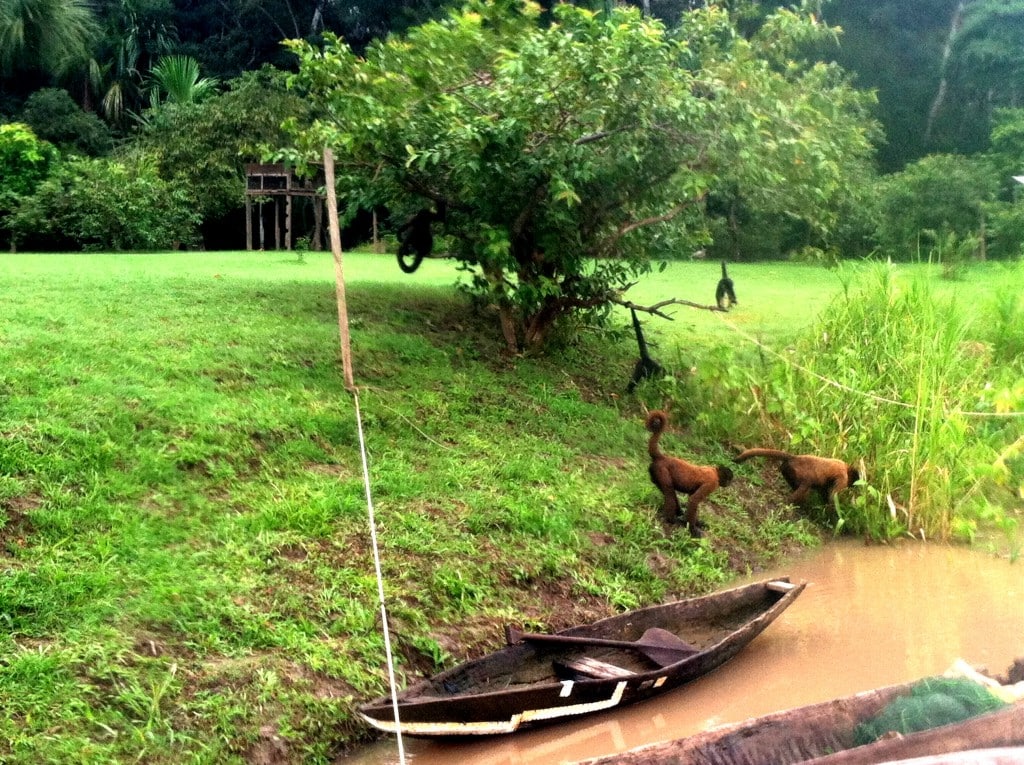 This is what’s happening:
Tourists hear about a rescue center for monkeys and decide to visit. At the port they tell the boat driver “la Isla de Los Monos” and the drivers take them to the other Monkey Island 10 minutes away. The boat drivers are given a commission for bringing the tourists there. The tourists are unhappy with their experience and leave bad reviews for La Isla de Los Monos spreading the word that it’s not worth a visit. The people at the other Monkey Island also spread false rumors that the monkeys here are sick.

How to Get to the Real Monkey Island, Iquitos

If you are going to the real Monkey Island without a tour group, take a motokar to the Puerto de Productores (Producers Port), NOT Port Bella Vista-Nanay. Go through the market and down the rickety steps to the boats. Get on the speedboat to Mazan/Indiana (speedboats are leaving all day and there is no set time table). There are no ticket windows or signs, you pay the driver directly. 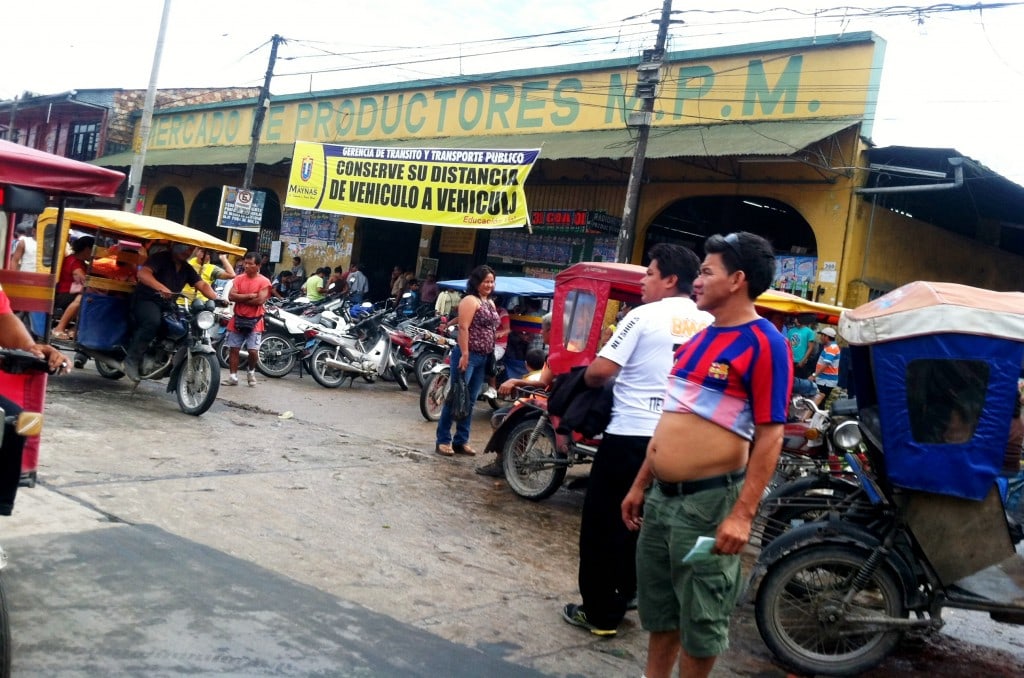 It’s best to call Gilbert before you come so he can arrange a small boat to pick you up in Mazan and take you across the river to the island. He speaks great English. If you don’t have a phone, email him but make sure to do it several days in advance, there is no wifi on the island. It takes 45 minutes to get to Mazan, exit the boat at the Mazan port and there should be a canoe boat waiting for you which will take you across the river to the island. It costs 13 soles (about $5) for the speed boat and 5 soles ($2) for the small boat to cross the river.

You can take the slow boat (Cassandra) that leaves at 12 o’clock every day. It takes two hours but will drop you off right on the dock of Monkey Island. You will know have arrived because there’s a sign welcoming you to La Isla De Los Monos, and you’ll see monkeys playing in the distance. It costs 7 soles ($2.50) on the slow boat.

You can rent a boat. Make sure you specify which Monkey Island because these drivers are usually the ones that make commission on the other location. Tell the boat drivers La Isla De Los Monos and mention Gilberto’s name. If you arrive in under 15 min you will know they have taken you to the wrong one.

*this information is correct as of 2013