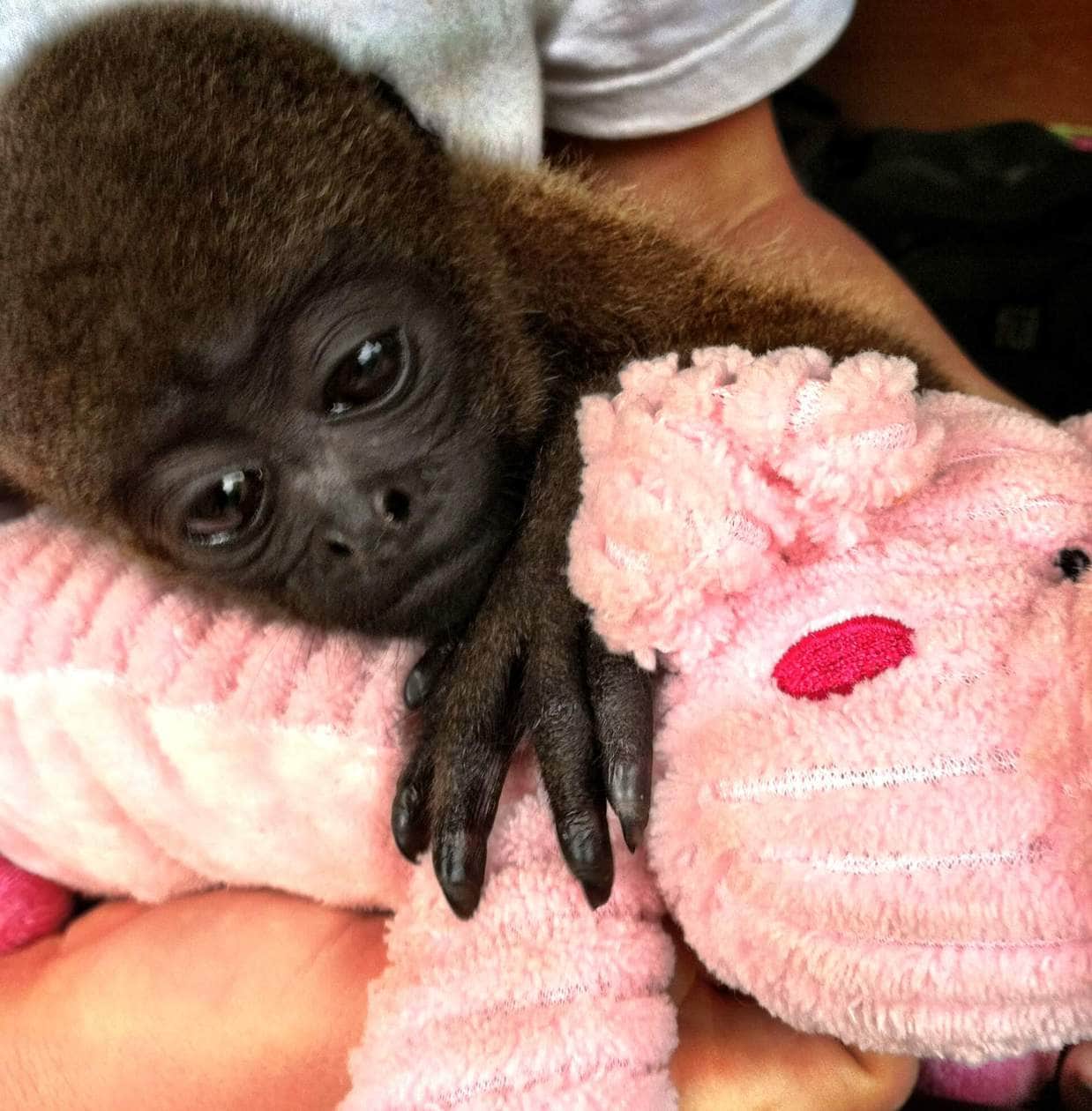 0shares
After witnessing Neeko’s strange attachment to the dirty old shirt hanging in the kitchen, our biggest goal this trip has been to work with Neeko and get him playing and acting like a normal monkey of his age.

Since it was literally impossible to pry him away from his post in the kitchen, we were forced to get creative. We discovered that if we unhooked the shirt he would follow it, so thats what we did. He’s terrified and loathes the fact that he has to sit near us, but as long as we have the shirt he does what he has to do. 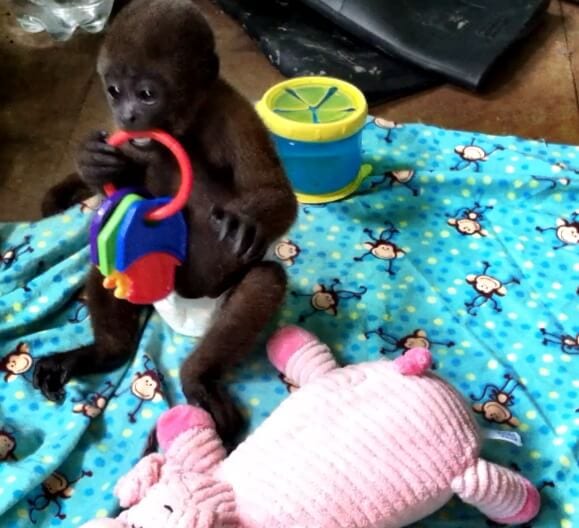 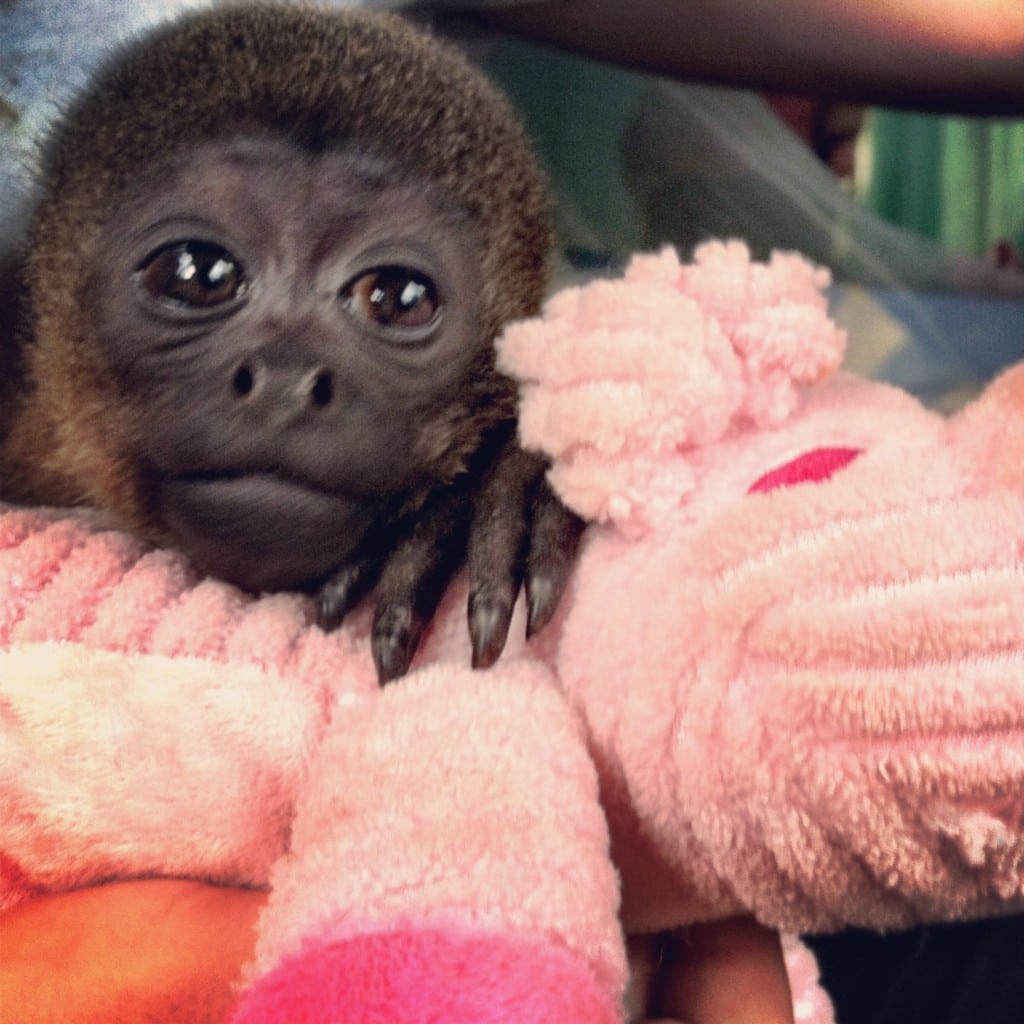 Sarah gave us some stuffed animals to pack for the babies and when we introduced him to the little pink pig, it was love at first sight. He abandoned his shirt immediately and cuddled the piggy with all his might. Slowly, Neeko has begun to sit up, releasing his death grip from the pig, and has started playing! We set up some branches in the playroom and he has been practicing his climbing and swinging. We are trying to teach him to use his tail, something he’s not the best at, since it was broken when he was a baby. 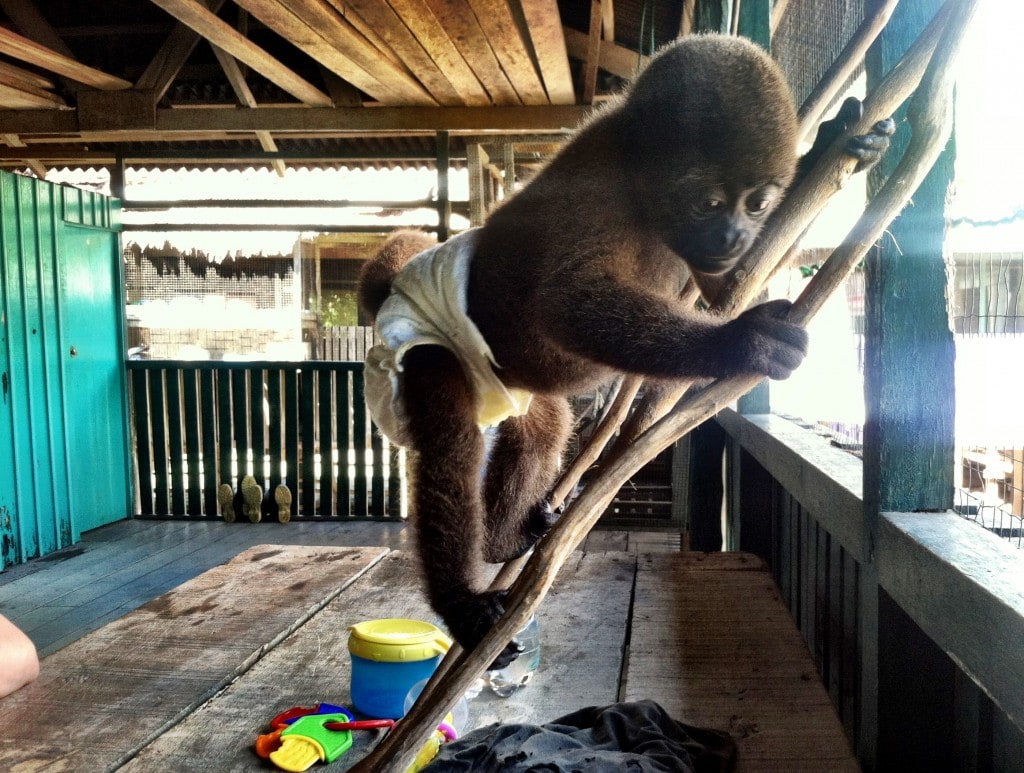 Everyday we dedicate a few hours to playtime with the babies (which Melita loves) and its actually working! He’s a bit wary of us at the beginning of each day but quickly gets comfortable and starts to play. He loves Nick!! Neeko reaches his arms out to him and cries when he leaves, and even lets Nick hold him without the pig. Shannon and I are jealous. It’s not like we saved his life and spent a month nursing him back to health or anything.. 🙂