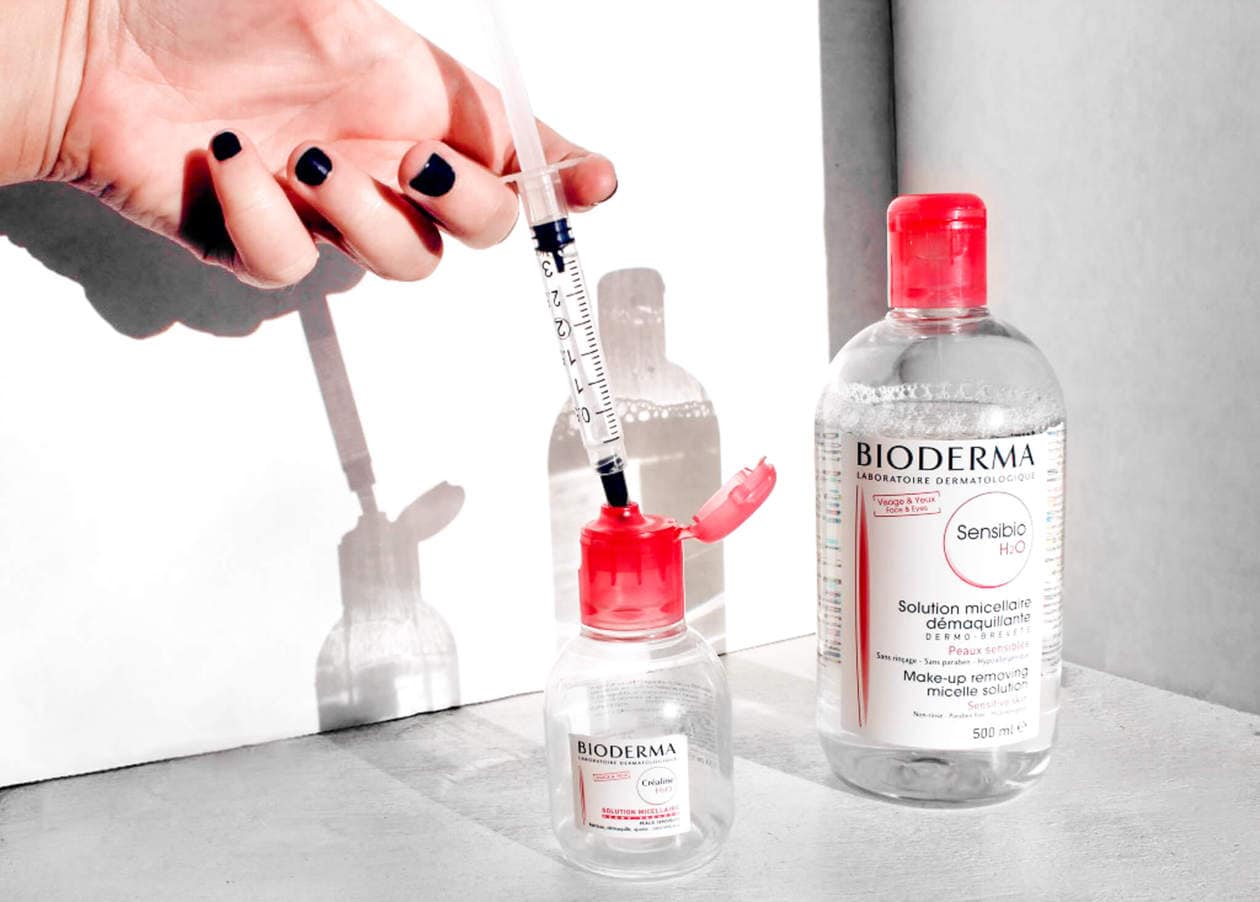 As a makeup artist there are two things that bring happiness into my life, Bioderma Crealine and travel sized containers. Unfortunately these two things do not play well together, because for some reason Bioderma has designed their bottles making it impossible to remove the lids.

Not only that, but the dispensing hole is so incredibly tiny that regular funnels and syringes won’t fit inside of it. Even if you seal off the edges, the liquid still ends up bubbling over. After a many weeks of trial and error, I have finally discovered a way to make it work. It’s not as streamlined as I hoped the solution would be, but it works.

Keep reading to discover how to refill your travel sized Bioderma bottle at home for less than $10.

My empty travel sized Bioderma bottle has been sitting on my counter for weeks. If I lived in France I could run to the pharmacy and simply buy a new one, but since the United States doesn’t sell Bioderma I’ve been forced to get creative.

UPDATE The US finally sells Bioderma (here)! But in the interest of reusing and recycling, keep reading..

RELATED POST: HOW TO SAVE A TON OF MONEY ON FRENCH SKINCARE IN PARIS 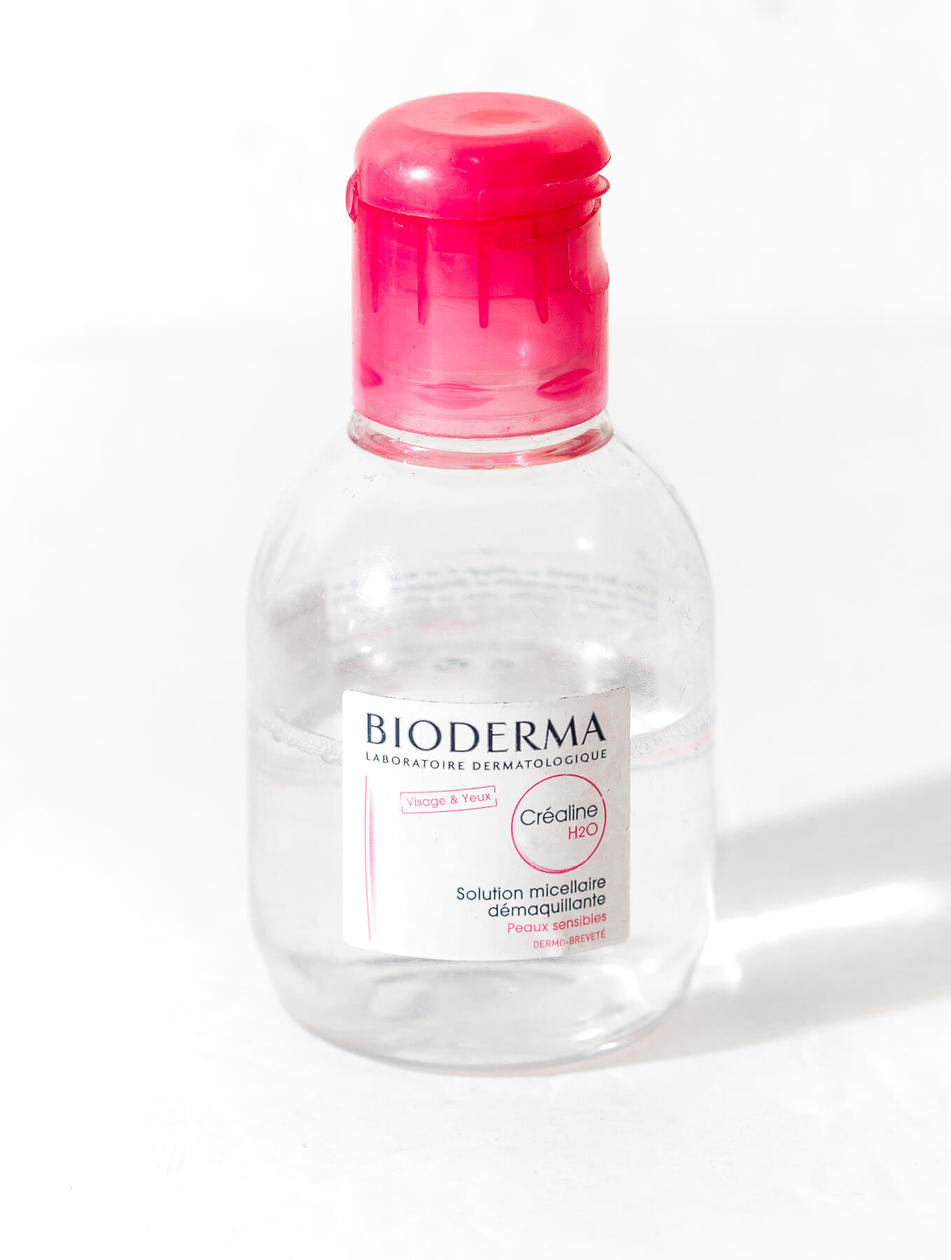 Unfortunately, I then discovered how difficult needle tipped syringes can be to buy, and depending on where you live, you might even need a prescription. More problem solving was in order.

I found myself perusing several illegal drug forums for ideas on obtaining syringes (don’t judge me). I even read an article called How to Make a Syringe in Prison, which was not helpful at all, as step one was stealing from your fellow diabetic inmate. If my internet history ever gets checked, how will I explain that I was simply desperate to refill my makeup remover bottle?

Finally, I discovered a wholesome Amazon listing (here) with a blunt needle tipped syringe. It was perfect, and less than $10.

To refill the travel sized Bioderma, first pour from the full sized bottle into a small cup (a shotglass or condiment container works perfectly). Then simply, use your syringe to transfer the product.

I’ve found that the Bioderma gets a little bubbly during the transfer, but it settles down after a few seconds. The whole process takes less than 5 minutes. 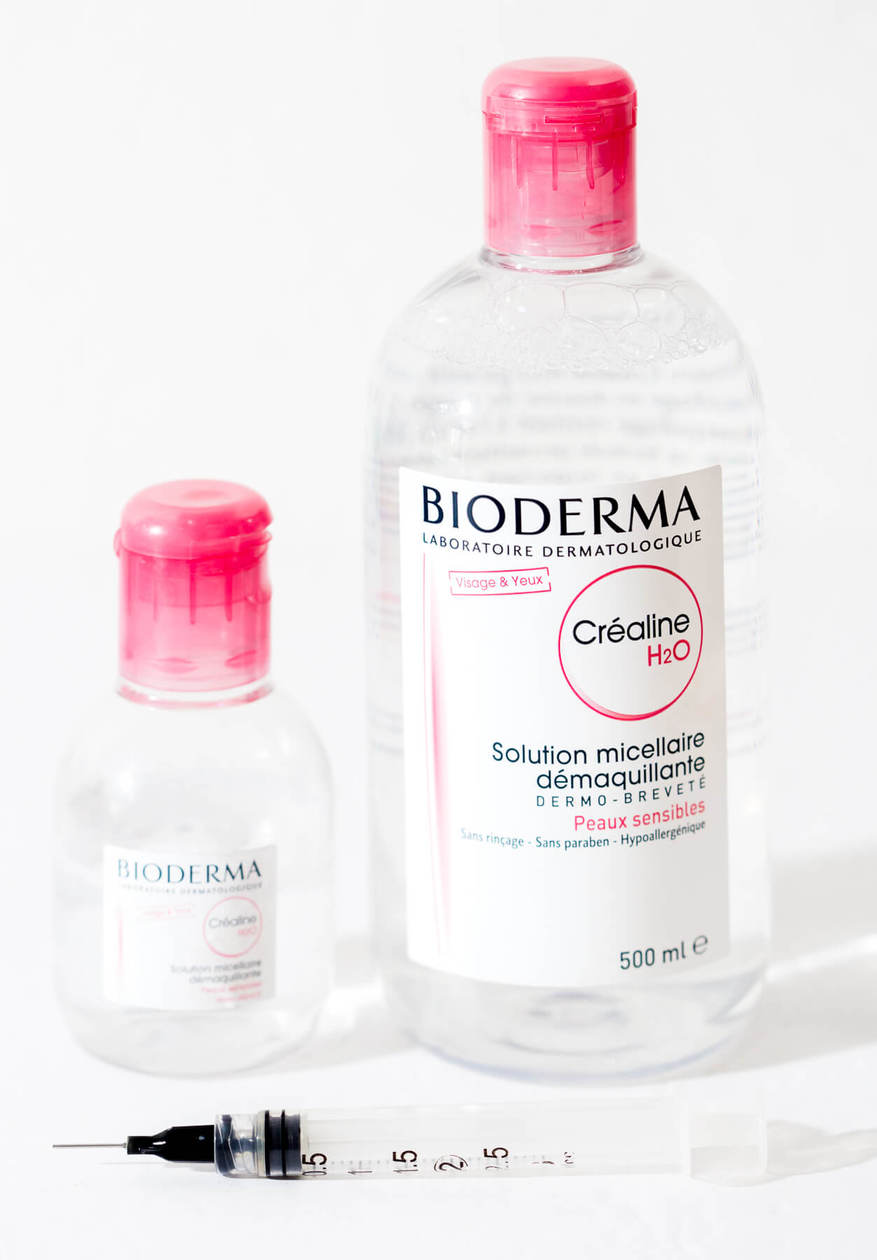 I wrote this post 4 years ago and still have the same syringe. I’ve replaced my travel bottle a few times, but I’ve saved a ton money not having to repurchase bottle after bottle (I refill at least once a month as Bioderma is used in my professional kit every day).

Also, thank you for all of your suggestions!   If you’re looking for more ideas, please check out the comment section below! I will say that the straw method did not work for me and I wasted a ton of product.

PIN IT // HOW TO REFILL YOUR TRAVEL SIZED BIODERMA

Have you ever attempted to refill your travel sized Bioderma bottle? How did you do it? Send me ideas!

Disclaimer: This post contains affiliate links which means if you click them and purchase something, I make a small commission (at no cost to you!).