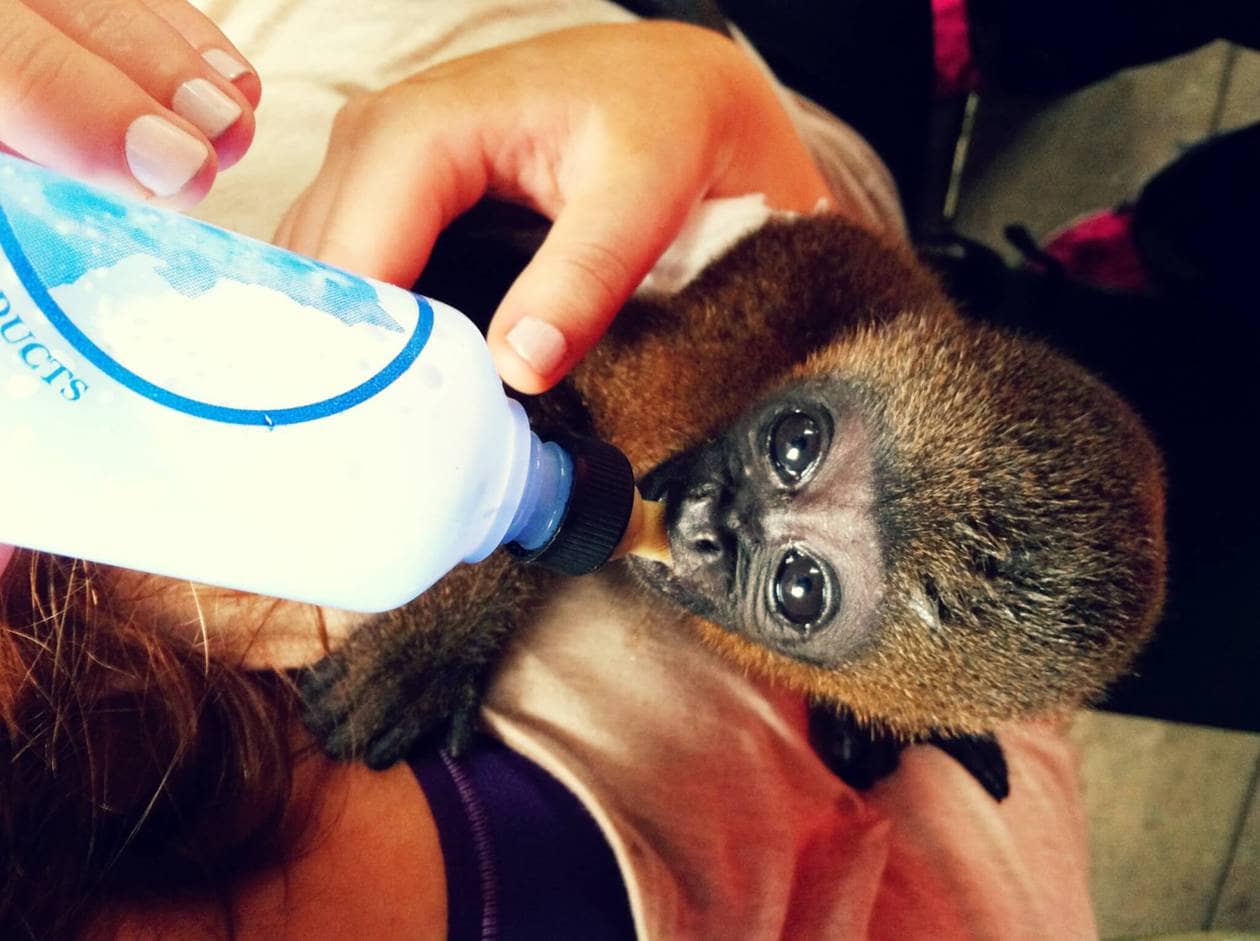 Yesterday we took a trip across the river to a small village called Mazan to buy food and supplies for the monkeys.

While we were in the marketplace of Mazan, Gilberto spotted some children running around with a baby woolly monkey clinging to their shirt. He stopped them to explain his project, asking if they would permit him to take the monkey to live on his island where it would be safe and have a chance of survival. The children said no. He begged them not to kill it, to which they just laughed and ran away. 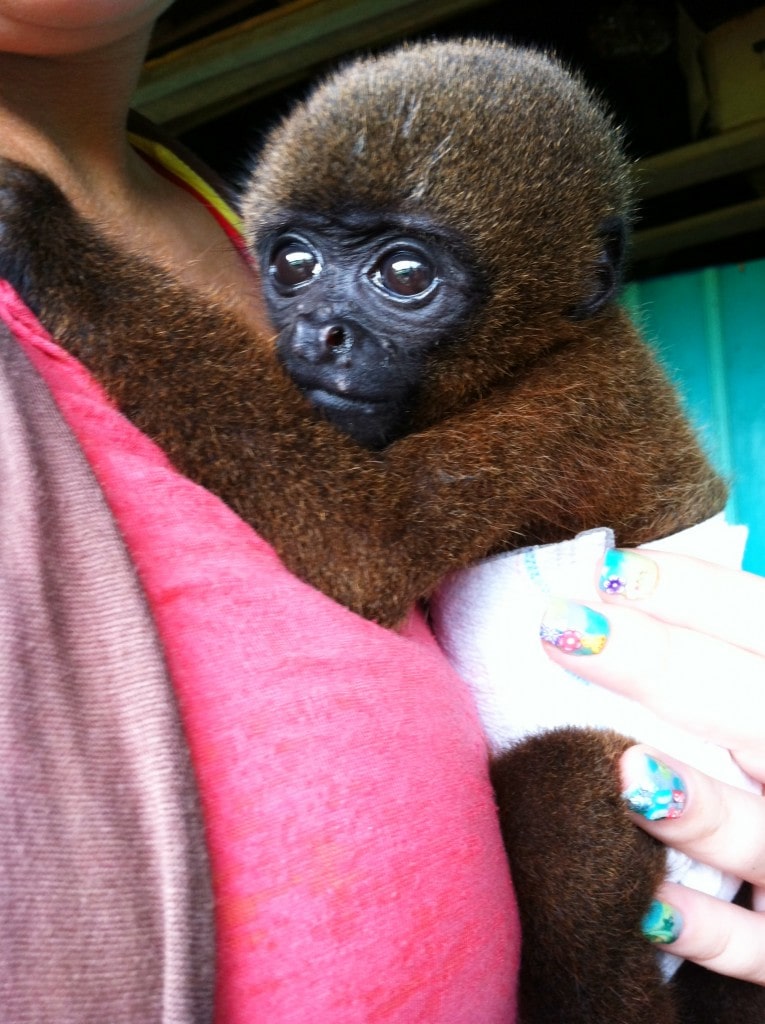 This is normal here. Gilberto sees monkeys in the marketplace at least once a week. The mothers have been shot and the babies are taken.

A little later in the day, we ran into the boys once again and he pleaded with them to let him take the monkey. This time they agreed and passed him over, obviously bored with it at this point. The baby wooley has wounds on his tail where bullet shrapnel has entered. He also has a broken toe. We had to hide him in our shirt while in the town because if people saw tourists with a baby monkey, they would be more motivated to obtain more babies to sell. 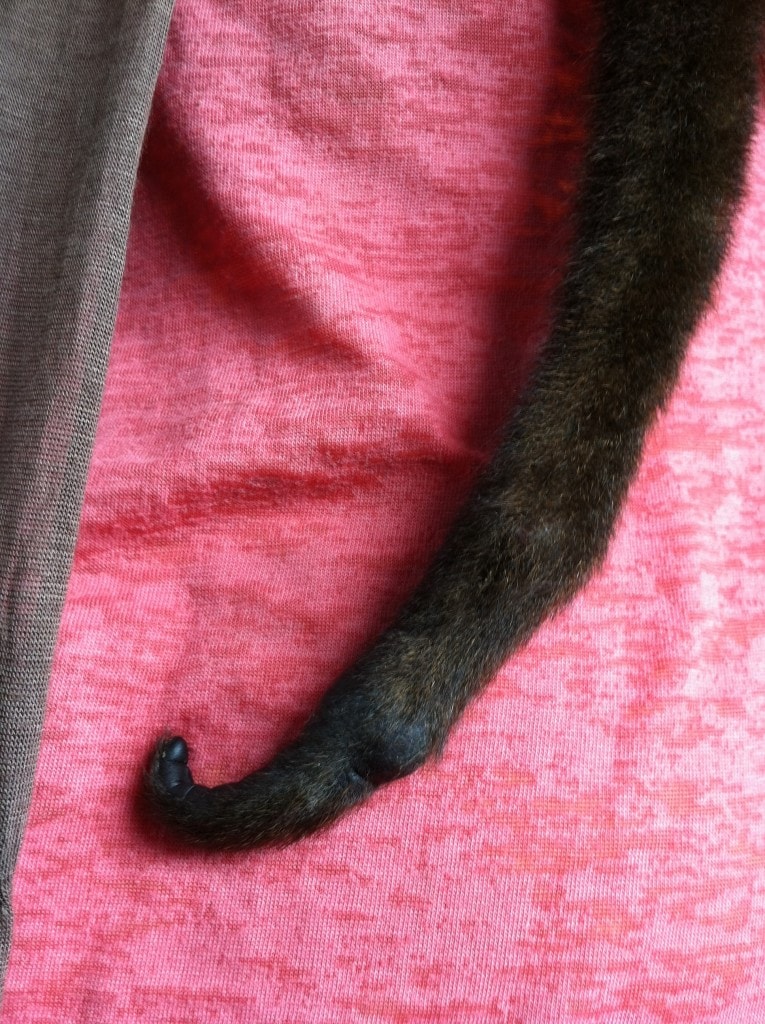 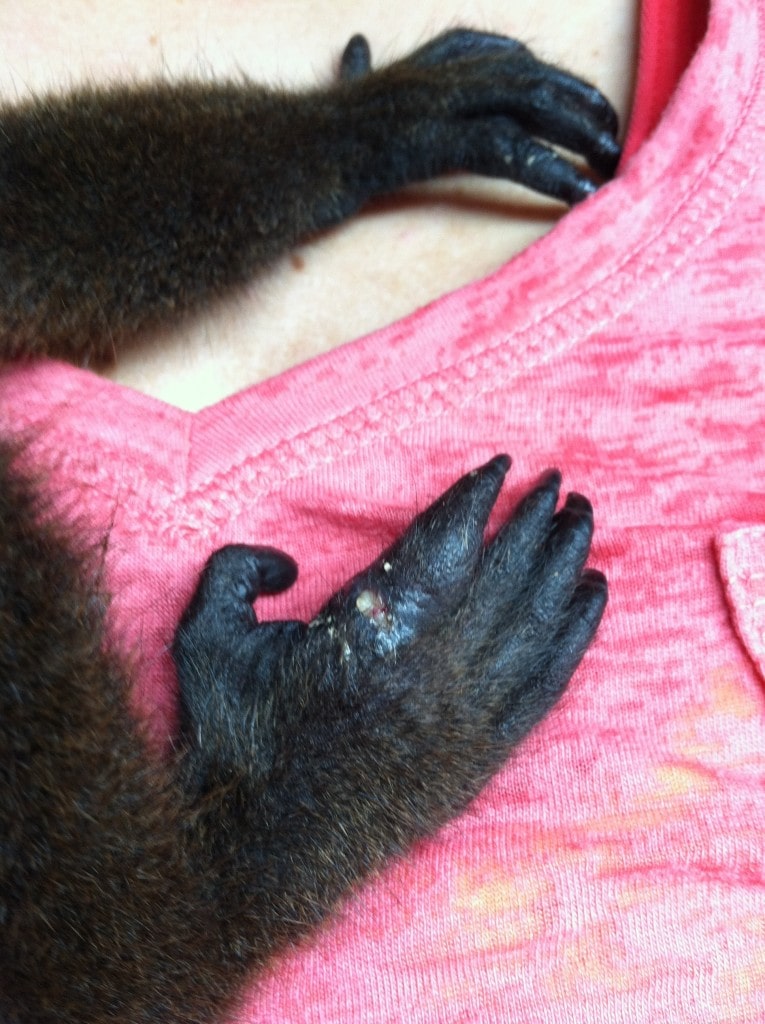 This poor little animal had witnessed his mother get murdered, and was terrified of us. You could feel fear when you stared into his eyes. I sat in the market and wept; for him, and for the others who aren’t as lucky (if you can call it luck).

Gilberto gave us, his “special guests,” the honor of naming the new baby monkey. We decided to name him after someone special to all of us, and someone who we’re sad can’t be here to experience this trip. Since Nick would be a stupid name for a monkey (haha), we decided on Neeko. 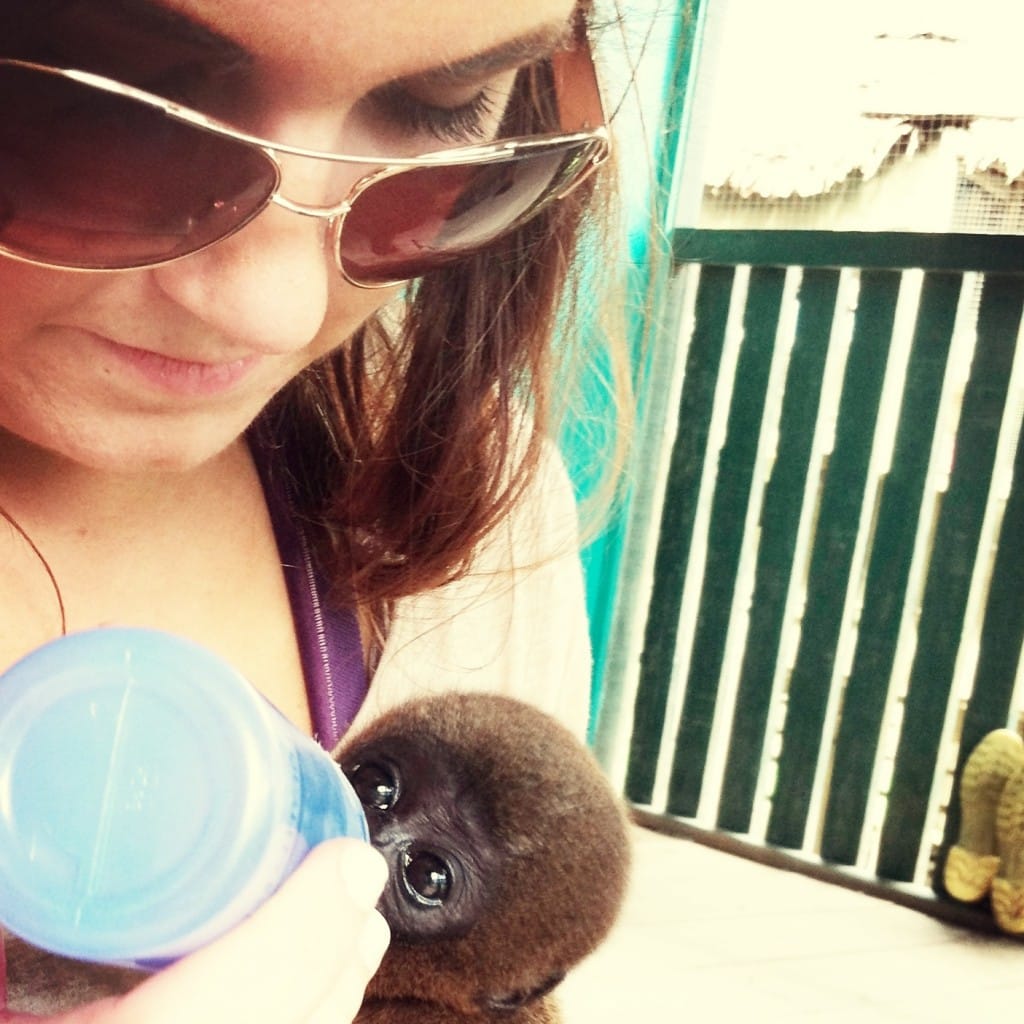 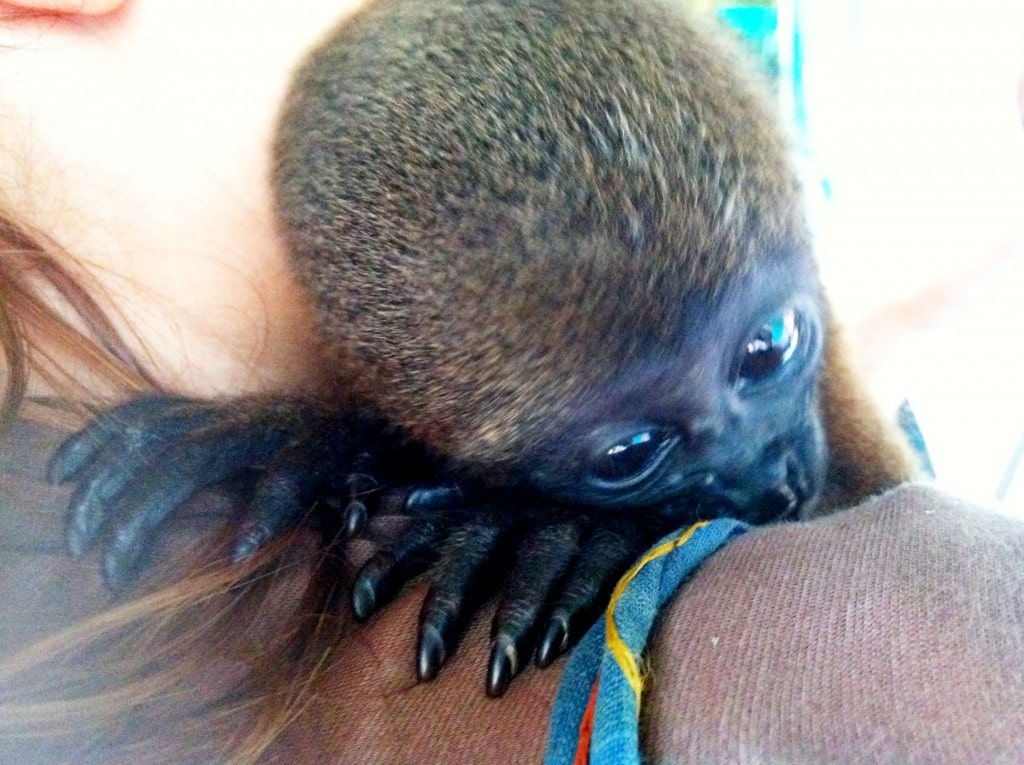 The rest of the day was spent feeding baby Neeko and making him feel safe. By night time, he was sitting up and playing, hopefully forgetting his past few days. 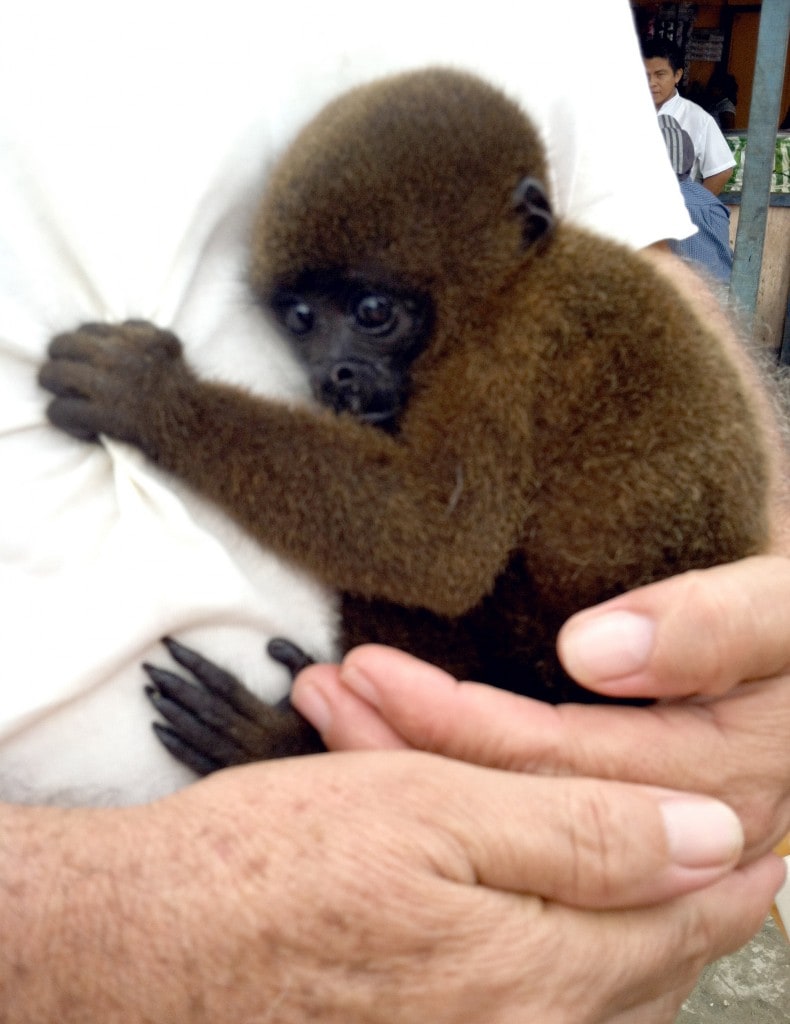 Today we are in Iquitos to leave Neeko with a vet to fix his toe and get his papers so that he can be recognized and documented as a protected monkey.

While the day was extremely emotional and disturbing, it was a wonderful experience to save a life. 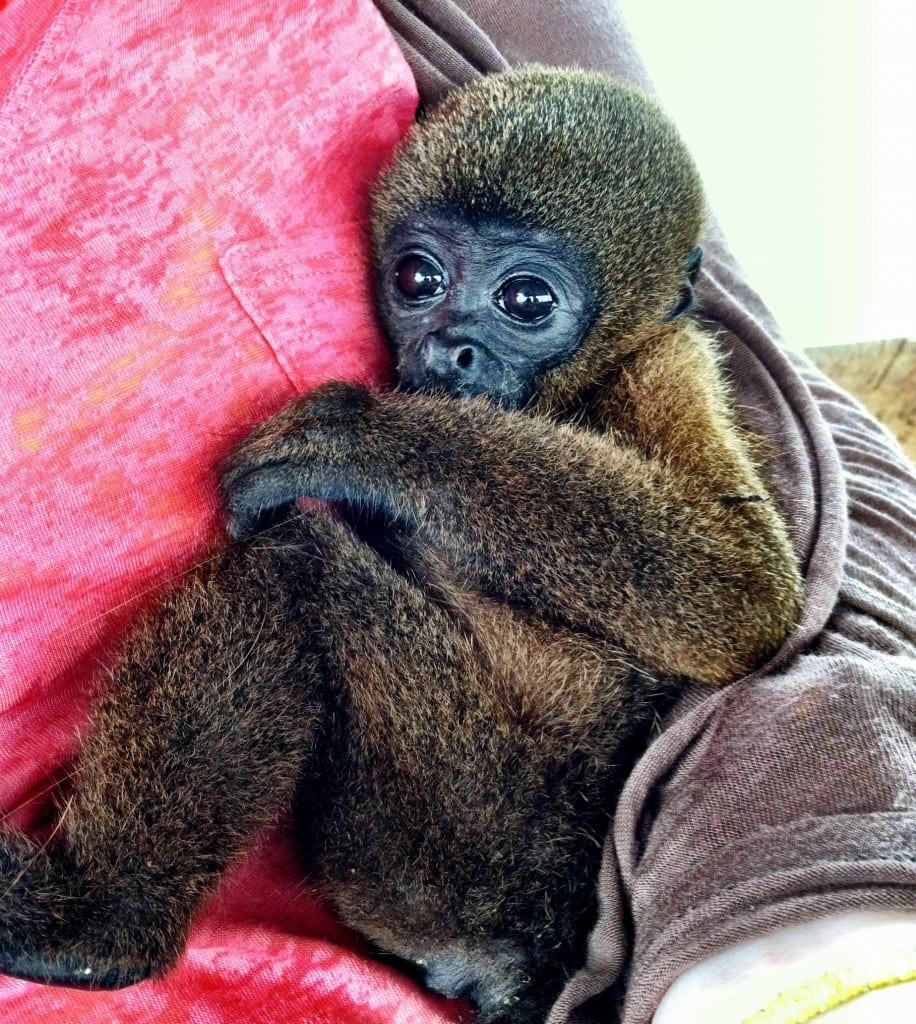