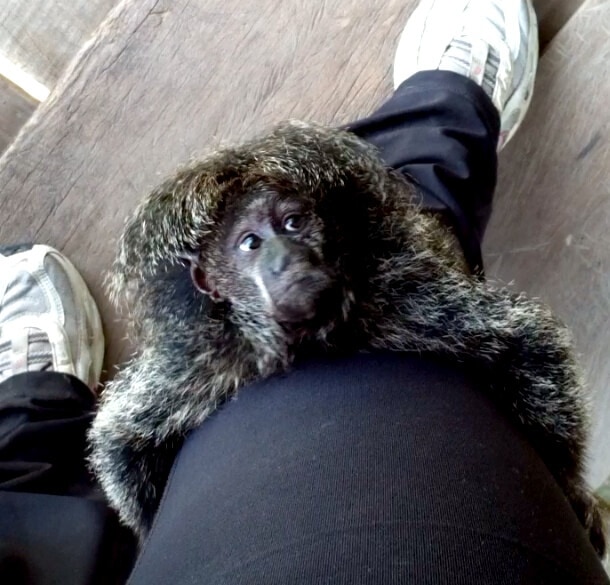 Melita, a Monk Saki,was the baby of the island before Neeko arrived earlier this week.. and she definitely plays the part. She needs to be attached to something (preferably you) at all times because she scares easily. Sometimes she plays by herself when we are sorting beans, but she always remains within in an arm’s reach. If she sees you move even an inch, Melita will be clutched to your leg, staring up at you will terror in her eyes. If you dare sneak away from her without her noticing, she will drop to the ground and shriek at the top of her lungs. She’s spoiled. 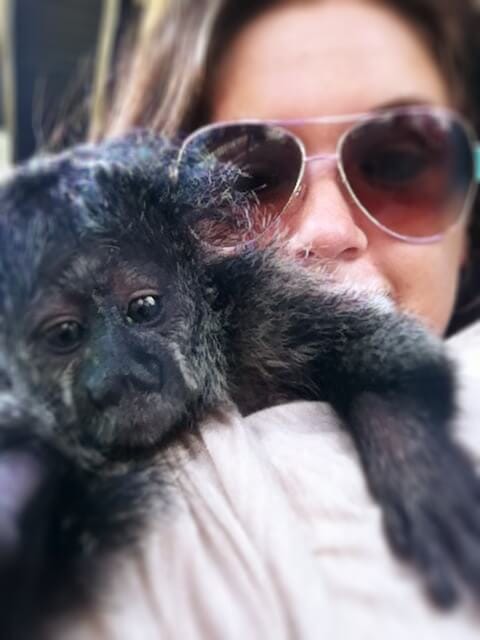 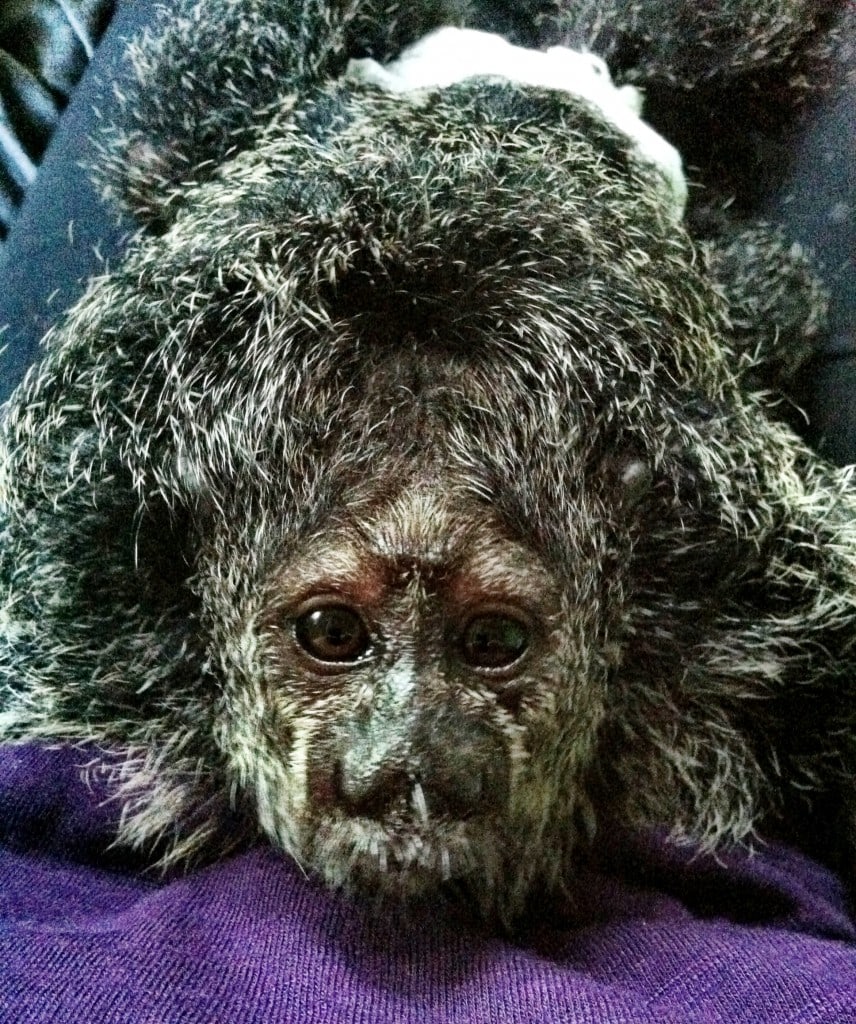 Melita loves Gilberto! In her eyes, he’s her mom. If you’re holding Melita and she hears Gilberto’s voice, she will grab whichever part of you she can with her tiny hands and bite you really hard so that you will let her go to him. Because she’s still so little, she sleeps with Gilberto and he has to wake up several times throughout the night to feed her. 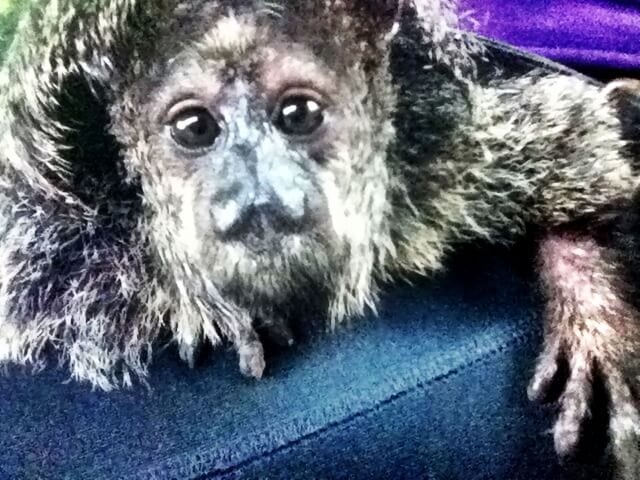 Despite her spoiled, bratty ways, Melita can be really sweet. Her little chirps are the cutest! She sounds like my dog’s squeaky toy. She acts as if being attached to a human is normal and watches everything you do with intense curiosity.

Monk Saki monkeys were hunted almost to extinction in the late 1900’s. People kill them to use their tail as a feather duster! I’d rather die than use this monkey’s tail to clean dust from my shelves. 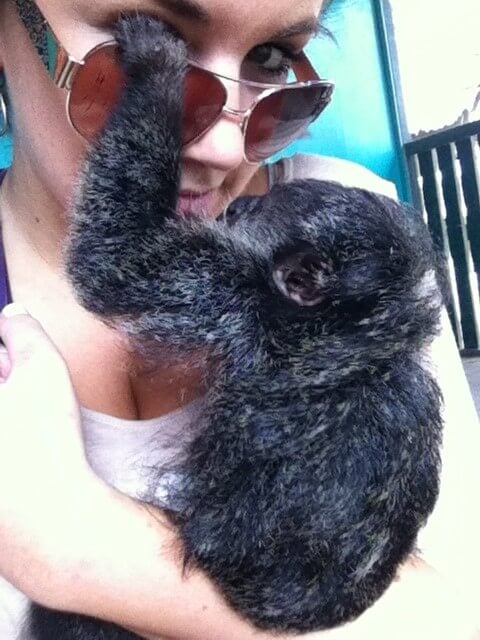