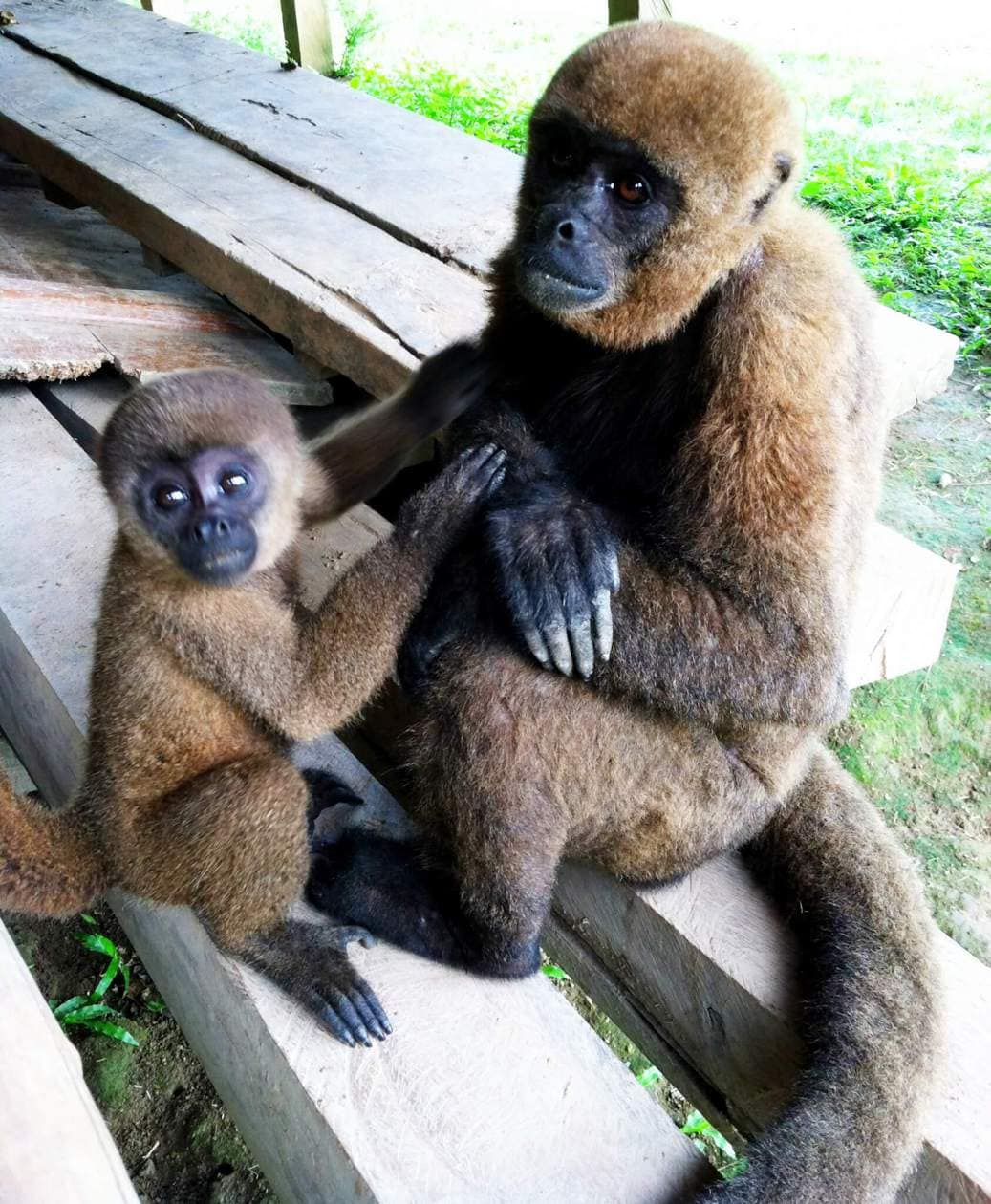 Veronica is a six month old Woolly monkey who was born on the island in July 2012. She is very shy and since her mom is still alive (unlike the other babies here), she doesn’t need people so she stays away from us. Baby Neeko is the same age as Veronica but the differences between the two are vast. He is 100% reliant on us for everything, while the closest we have gotten to Veronica is letting warily her grab our finger while she holds on to Blanca.

Blanca is Veronica’s mother, and she’s a horrible one at that. At feeding time, Blanca doesn’t give Veronica any fruit and even steals pieces from her baby to eat herself! Veronica is rarely seen off of Blanca’s back but sometimes when Veronica is playing, Blanca will stand up and walk away, letting her baby frantically chase after her. 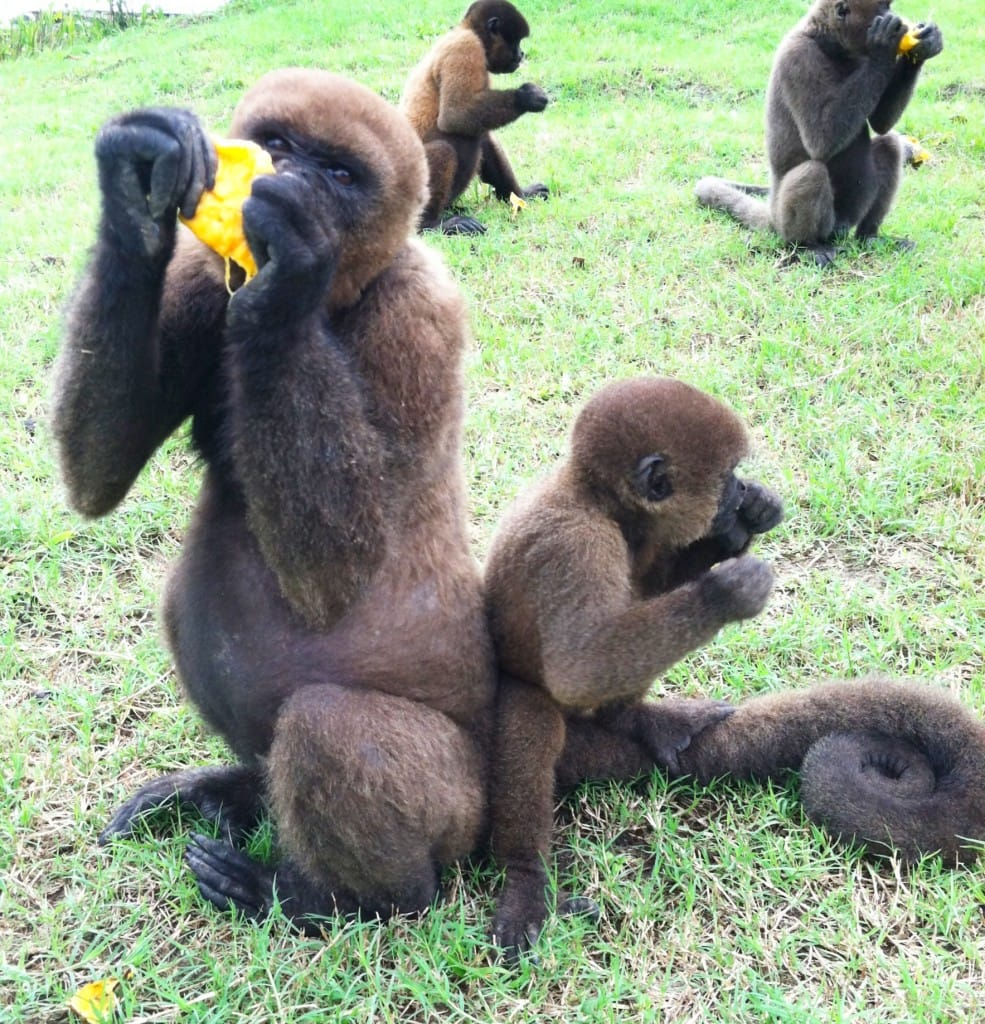