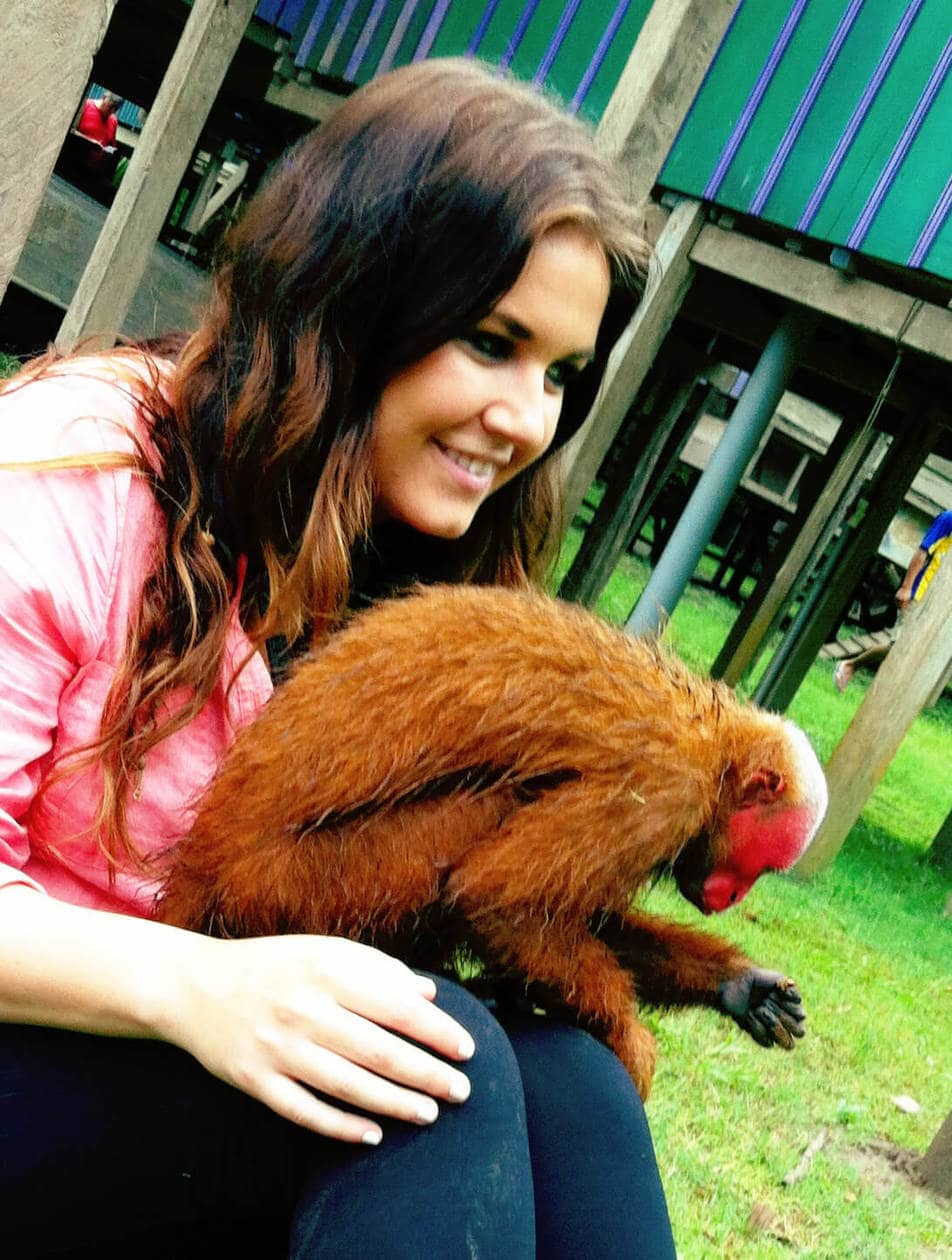 Theresa and Dallas are two of the 6 Red Uakaris on the island. They are the only species that have to live in cages because of their aggressive behavior toward other monkeys, and each other. Our cottage over looks the Red Uakari’s cage, so naturally we have become best friends. They are some of the most curious monkeys on the island, always staring into our window with their giant eyes, trying to see what we are doing.

Theresa is one of my favorite monkeys here. She runs over to you when you approach and slams her body on the cage so you can reach your fingers in and pet her. She loves to be touched and purrs the whole time. I love her sweet nature and gentle eyes. When you look into them, it’s hard to distinguish whether you’re looking at a human or an animal. 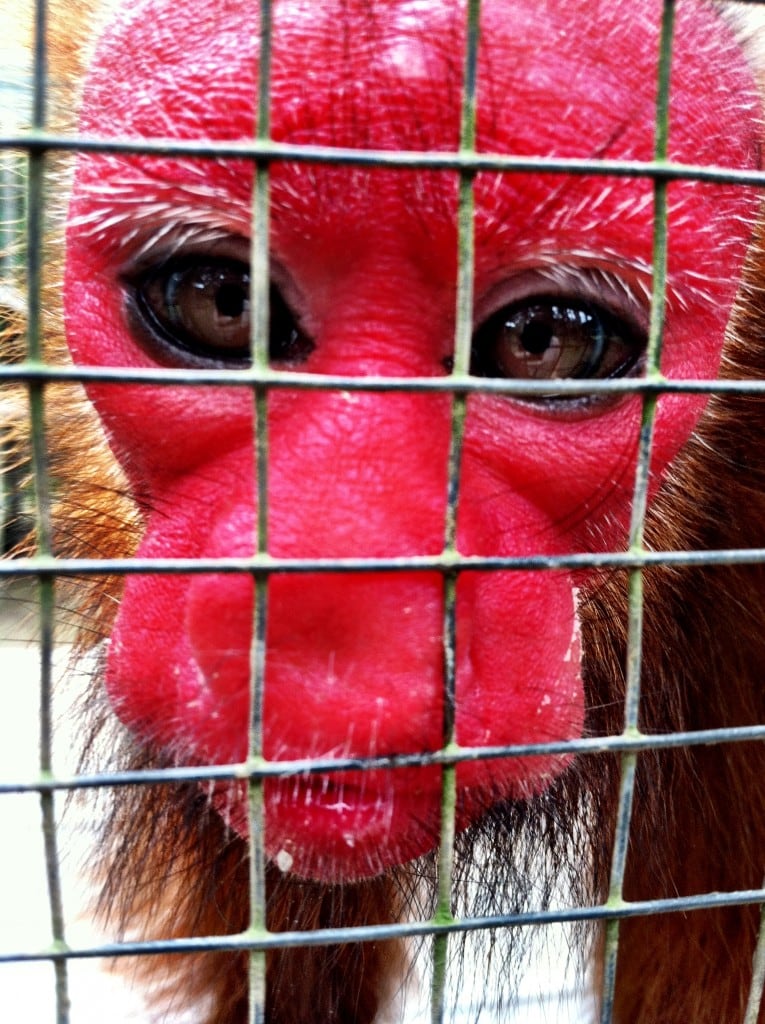 Unfortunately, Theresa has to share a cage with Dallas, and he is crazy. The first day we arrived on the island Dallas and Theresa escaped and were wreacking havoc on the island. Dallas was swinging from trees, throwing wood blocks and fighting with the other monkeys. It was hilarious. He didn’t sit still for hours.

Dallas loves to be pet also, and can get very jealous if you show too much attention to Theresa when he’s near. He often rips her from her perch to steal her spot and then bounces in front of you on all fours until he gets the attention he wants, but rarely deserves. 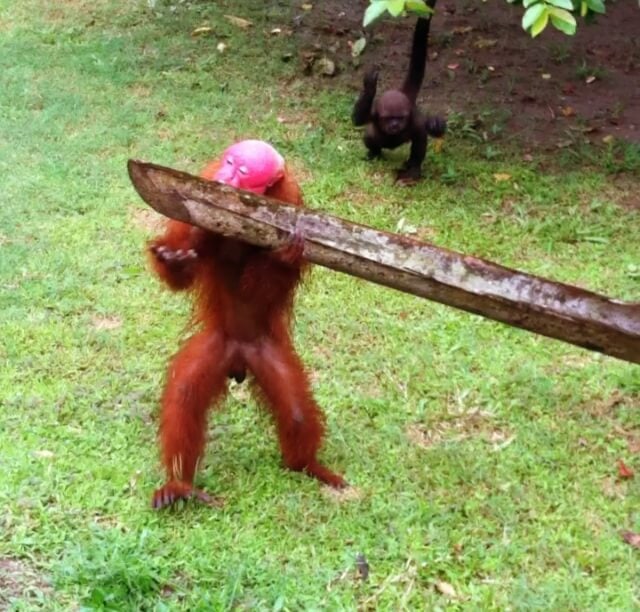 I always thought Red Uakari’s were the least attractive of the monkey species (haha) with their bald, red head and white whiskers. I am surprised at how much I have fallen in love with them. They crack me up every day. They have some of the best personalities.

Unfortunately, Red Uakaris are highly endangered due to hunting and deforestation. Gilberto is trying to mate these two but they don’t seem to look at each other in that way..e